There’s a Race for Arctic-Capable Drones Going On, and the United States is Losing 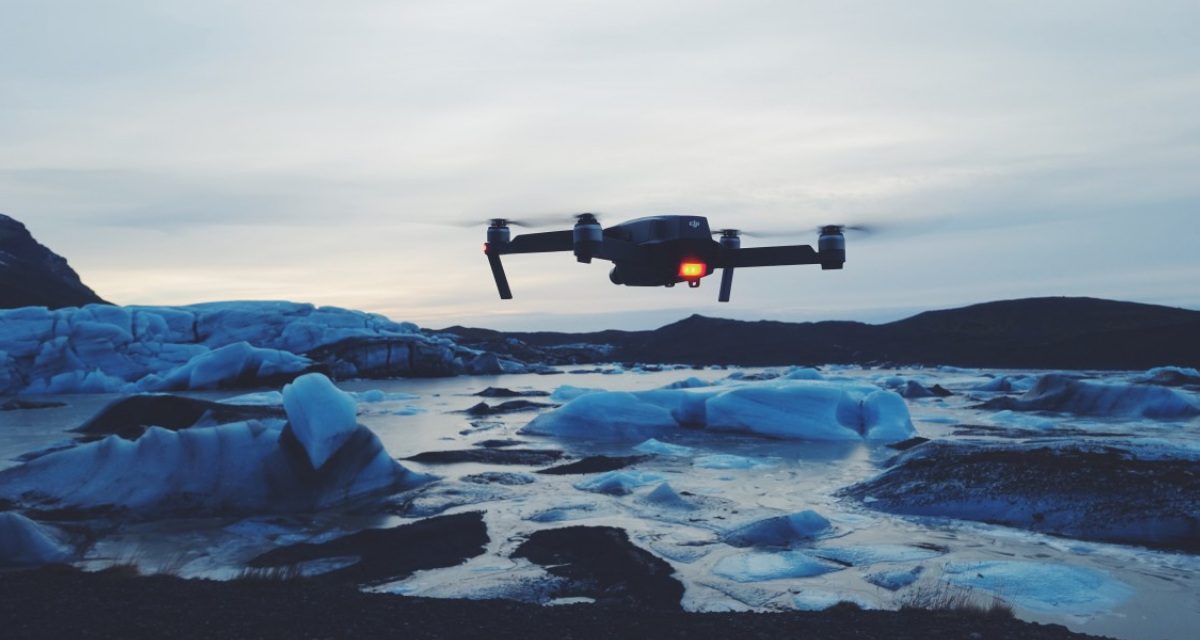 Right now, the unmanned aerial system is the IED of the next ten to twenty years.

America’s drones struggle to compete against Russia in the Arctic. In 2019, Russia’s equivalent of the Defense Advanced Research Projects Agency announced a drone capable of remaining airborne for four consecutive days in the Arctic. Russian state sources report their drones can navigate in the Arctic without the use of jammable satellite-based navigation instead employing the alternative GIRSAM system. While the processes behind this system are unknown, supposedly it does not rely on GPS satellites or those of the Russian-developed GLONASS. Not until 2021—two years later—did an American MQ-9A Reaper drone complete a flight navigating with satellites past the seventy-eighth parallel north. Additionally, Russia plans to build an Arctic drone reconnaissance base four hundred and twenty miles off the Alaskan coastline. By 2025, the ability of Russian drones to monitor air, surface, and subsurface activity will far outpace the United States in the Arctic region.

The Arctic security environment is of significant national interest to Russia and the United States. And this interest will only grow as Arctic nations exploit the substantial natural gas reserves and the opening of the Northern Sea Route to intercontinental shipping.

If current trends hold, Russia’s polar drone superiority will continue unless the United States can adequately develop winterized drones. Today, American Arctic-aligned units possess limited options when deploying these technologies. US policymakers have begun to recognize this. The Army’s Regaining Arctic Dominance strategy states that manned aerial systems face limits due to the region’s frigid temperatures, but that employing Arctic-adapted drones will serve as a “combat multiplier” in projecting presence. In the National Defense Authorization Act for Fiscal Year 2021, the Senate Committee on Armed Services recognized that “in order to support persistent operations in austere environments, additional investment in expeditionary launch and recovery capabilities is warranted.” But much remains to be done. Units operating in the high north will be at a disadvantage until the United States develops drones that can operate in the Arctic’s extreme conditions.

The Value of Drones in the Arctic

American Arctic-adapted drones are cost-effective for intelligence and operational preparation, in-extremis sustainment, and targeting when compared to conventional helicopters or aircraft. The development of polar drones does not necessitate new technologies, but rather requires augmenting existing systems. During everyday competition, Arctic-adapted drones would provide unique intelligence collection platforms to enhance intelligence and operational preparation.

Sensors onboard Arctic drones will enhance the decision-making of US commanders. Hyperspectral imagery can expose electromagnetic equipment and collect information for enemy analysis. These systems can also detect, measure, and discover radioactivity that could identify underground nuclear facilities. Furthermore, polar drones can inform military commanders through thermal infrared heat imaging of the adversary’s physical footprint.

Alongside the benefits drones provide to commanders in collecting intelligence, they can also help resolve logistical constraints. At the moment, the military’s main sustainment vehicle in the Arctic is the outdated Small Unit Support Vehicle. The military recognizes the system is obsolete and is scheduled to field the Cold Weather All-Terrain Vehicle in 2022 to transport cargo. Harsh weather conditions, meanwhile, consistently degrade helicopter performance and their viability for sustainment options.

What’s more, drones can provide in-extremis resupply in the Arctic. When maneuvering in high elevation and below-freezing temperatures, the human body requires additional nutrition and equipment to operate. The average adult consumes 2,000–2,500 calories per day; in the Arctic, however, soldiers need at least eight thousand calories just to maintain their weight. This consumption rate requires each soldier to eat seven Meals, Ready-to-Eat per day before counting their combat calories.

Soldiers cannot afford to carry the additional weight of seven meals, but cargo-based drones can help resolve these routine logistical issues. A platoon-sized element would require four ArcticShark drones as each system can deliver sixty-two Meals, Read-to-Eat. Although the Cold Weather All-Terrain Vehicle aims to satisfy this functionality, drones provide a rapid solution because of their flexibility to bypass ground obstacles. However, the ArcticShark drone would need airdrop capabilities and improved handling in high wind conditions to effectively resupply remote units.

Finally, drones help commanders find and strike enemy targets. In the Arctic, destroying support vehicles and air defense systems, such as Russia’s Bastion-P and Pantsir-S1, will be especially important. Arctic-adapted drones could deliver precision ordnance to destroy enemy targets and support units while they maneuver against the enemy.

In short, the benefits of developing cold-weather drones for sustainment, reconnaissance, and targeting in the Arctic far outweigh the costs associated with implementing these updates. The United States would do well to ramp up work on these programs before it falls too far behind its competitors.

The first step is more research into winterizing military-grade drones. The Army should focus on reconnaissance first, then cargo, and finally strike drones for operating in the high north. This prioritization will allow commanders to better compete by first surveying areas of operation and transporting equipment, and then engaging with the enemy.

Additionally, the limitations of drones operating in Arctic conditions should not be dismissed. The Army should research ways to enhance drone payload, generate delivery alternatives, and improve flight durability against crosswinds. The ArcticShark drone’s max payload weight is only seventy pounds—equivalent to two individual basic combat loads. This limited payload would constrain resupply missions as units will routinely need more water, batteries, ammunition, fuel, and other mission essential items. The Army should also develop parachute or glider-drop capability for drones that would reduce landing requirements. Flight durability against strong crosswinds needs to be factored in as well because wind speeds can exceed eighty knots in the Arctic.

At the same time, the Army should continue to fund and test the low-Earth orbit satellites developed by companies like SpaceX and OneWeb to enhance positioning, navigation, and timing. American drones currently lose connectivity and communication abilities above the seventieth parallel north. As General Glen VanHerck, Commander of United States Northern Command has pointed out, this limited ability to communicate and collect intelligence impedes the US military from competing “day-to-day in the Arctic.” Investments in SpaceX Starlink and OneWeb satellites will provide the Army with continuous coverage and harden navigation systems against adversarial jamming.

Until the Army can field Arctic-adapted military drones, it should buy and incorporate the ArcticShark, a commercially available Arctic-adapted drone, into cold-weather warfare exercises. This integration will enhance intelligence and operational preparation, improve sustainment initiatives, and augment the targeting cycle. The Northern Warfare Training Center and Joint Pacific Alaska Range Complex provide Arctic terrain and weather conditions for practitioners to incorporate these systems into military exercises. These training venues assist the development and validation of tactics, techniques, and procedures while also identifying the limitations of these systems. This feedback loop ensures systems are integrated and capable of achieving battlefield effects in extreme conditions.

Today, developments in Russian drones have allowed America’s adversaries to gain a technological advantage in the high north. The Army needs to respond: developing and integrating Arctic-adapted drones should be a priority.

Cadet Tucker Chase is a member of the Class of 2022 at the United States Military Academy, majoring in Defense and Strategic Studies. He also serves as a research assistant for the Irregular Warfare Initiative.

Major Matthew Hanes is a US Army Special Forces officer assigned to 10th Special Forces Group (Airborne). He holds a Bachelor’s Degree in Systems Engineering from the United States Military Academy and a Master’s Degree in Defense Analysis from the Naval Postgraduate School.