This Veteran’s Day, Let “Thank You For Your Service” Start a Conversation 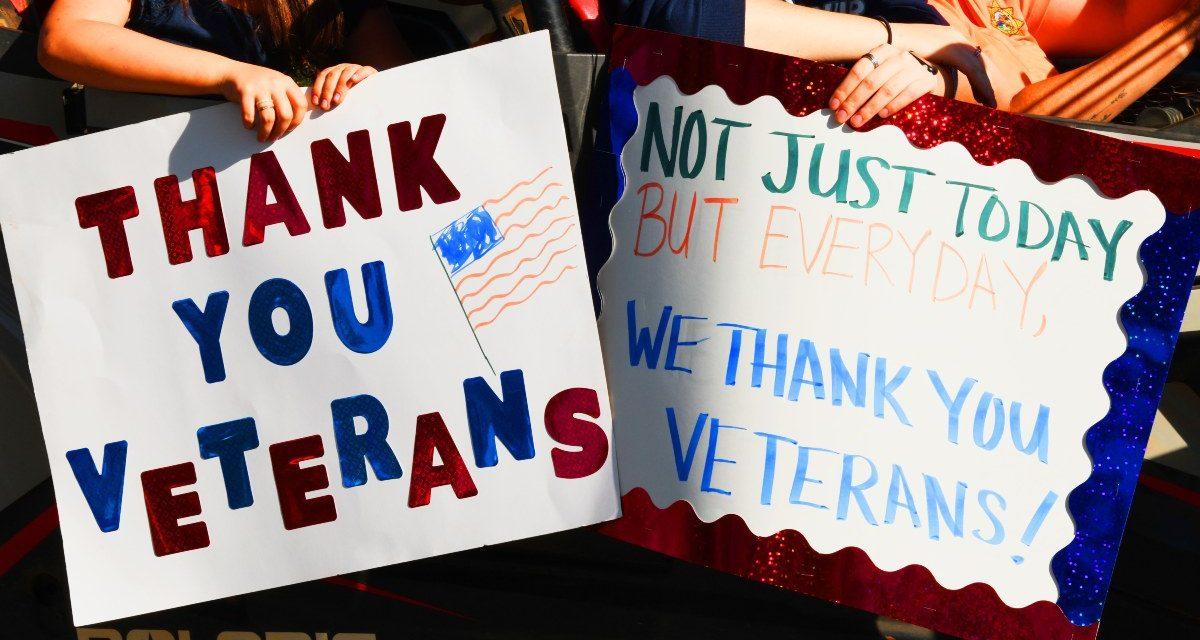 Author’s note: MWI published the original version of this article, exploring the relationship between the US military and the society it serves, several years ago. As we approached Veterans Day this year, I modified it, expanding the scope to address new challenges associated with that relationship.

Each Veterans Day sees a surge of commentary on everything from the meaning of the holiday to the growing civil-military disconnect to the challenges veterans face when transitioning to the civilian work force. It is unfortunate and perhaps unintended that many of the articles seem almost to admonish readers about the debt owed to those who have served in uniform and create barriers to having meaningful conversations about military service and the veteran community. Now more than ever, with declining trust in the military and enduring recruiting challenges, any barrier to meaningfully engage should be concerning.

To be clear, there is no harm in calling on the government to better fulfill its promises to those who have served, or to encourage vibrant private sector engagement to reduce veteran unemployment. These are worthy objectives. But, focusing exclusively on discussions like those as we mark Veterans Day may mean a missed opportunity. If the veteran and active military community also uses this day to engage with the public in a thoughtful and productive manner, it could go a long way in bridging divides that, so long as they exist, threaten to erode trust and make it difficult for the military to recruit from a broad cross-section of society.

Th subject of sacrifice, for example, is ripe for richer conversation that reflects its complexity. Each year, we set aside November 11 to acknowledge and honor those who have served in the military. A chief characteristic of that service, and certainly one that is central to Veterans Day, is the sacrifice that it entails. Honoring that sacrifice has come to define how the public engages active duty service members and veterans, but what does that sacrifice look like and why is it unique? In some cases, sacrifice comes in the form of tangible loss—loss of friends to combat or suicide, for example. Sacrifice also comes in the form of opportunity costs, particularly the instability created by frequent moves and separations from friends and loved ones. But, the idea that a service member’s life has been placed on hold can be misleading. If life, with all its ups and downs, includes marriages and divorces, families growing, losing loved ones, buying homes, and experiencing career highs and lows, then nothing is put on hold. Perhaps a better way to frame this sacrifice is that the military lifestyle introduces a comparatively high level of turbulence that makes a stable and predictable lifestyle hard to achieve or sustain.

Again, the element of sacrifice can be very real and powerful, but so is the accompanying and deeply meaningful sense of purpose and the unique benefits derived from military service. Veterans do not uniformly view service as inherently burdensome—far from it—though the demands of the lifestyle are frequent inconvenient and stress inducing. Long hours, family separations, and rotational training or combat deployments are balanced by deep friendships, mentorship by dedicated and talented professionals, and the opportunity to live among different cultures in the United States and abroad. The experience can be exhausting, and often takes a physical toll, but it is personally and professionally enriching. Serving overseas on extended rotations only deepens that experience.

A particularly strong personal bond is formed among groups of people who have shared in a unique experience. This enduring connection is not exclusive to veterans, but the prevalence of local and national organizations like the Veterans of Foreign Wars or the continued attendance of D-Day veterans at annual observances in France after more than seventy years, suggests a need to remain connected to people who understand shared experiences. For anyone who has attended a military unit reunion, there is something incredible about the bond shared between men and women who have worn the same unit patch on their uniform, whether during World War II or in Afghanistan. Being assigned to a certain unit or a particular base, deploying in the same area, attending the same military schools, or even just wearing a uniform and saluting the same flag—this is the essence of shared experience.

This connection is intergenerational, natural, and unique—in the extreme case, war bonds people regardless of the conflict. But the flipside of the opportunity to experience this bond is that veterans must guard against it becoming a barrier to engaging and establishing relationships with people who have not served.

On Veterans Day, the public generally eagerly engages and thanks service members. But, if the exclusivity and uniqueness of the military service bond becomes a barrier, how then do veterans and active service members connect meaningfully with the public? First, we must recognize that military sacrifice may be unique, but the military does not have a monopoly on personal struggle. Just as the majority of Americans have not experienced conflict, veterans cannot always relate to the unique challenges faced by teachers, nurses, firefighters, doctors, or police officers, unless they have served in those roles. A lack of personal understanding does not preclude genuine appreciation, and that appreciation and recognition should go both ways. As service members and veterans, we should actively guard against the most extreme danger, that the very fact we have a Veterans Day and military appreciation nights and restaurant discounts and special treatment at airports leads us to institutionally internalize a sense of being so unique and so special that civil-military divides become even wider.

Second, we can recognize that expressions of gratitude and questions about military service are opportunities to tell the military story. Because such a small portion of the population serves or has close connections to the military, the realities of military life can be a foreign concept. There are no better military recruiters than service members who can describe the challenges and benefits they’ve experienced.

The call to engage meaningfully is not intended to make light of the real challenges the veteran population faces. An ever-growing community of government organizations, charities, nonprofits, and advocacy groups are working hard to address everything from unemployment and homelessness to suicide rates and transition assistance programs. The discourse on funding the Department of Defense to ensure readiness, and the attention given to shortcomings in the Department of Veterans Affairs indicate these are, rightly, matters of national security.

Just as every soldier, sailor, airman, Marine, and guardian has a stake in telling the military story, reliable care and assistance afforded to veterans as they transition out of service shows the public that military service can be rewarding. Veterans Day is an important opportunity for the broader community to recognize and thank current and former service members. This gratitude is warranted. But, Veterans Day is also a chance to ensure the military remains connected and engaged with the population it volunteered to defend. The stakes for doing so are high. That connection, that engagement, is vital to ensuring society’s trust in the military that serves in its name. And it is necessary to ensure Americans continue to be ready to respond to the call to military service, so tomorrow’s recruits can uphold the traditions of today’s service members and yesterday’s veterans.

On this Veterans Day, let a “Thank you for your service” start a conversation.

Lt. Col. Rick Montcalm, PhD is the commander of 1st Squadron, 4th Cavalry Regiment and was formerly the deputy director of the Modern War Institute at West Point. An armor officer, he has served in armor, infantry, and Stryker brigade combat teams, with operational experience in both Iraq and Afghanistan.