Thomas Schelling’s Theories on Strategy and War Will Live On 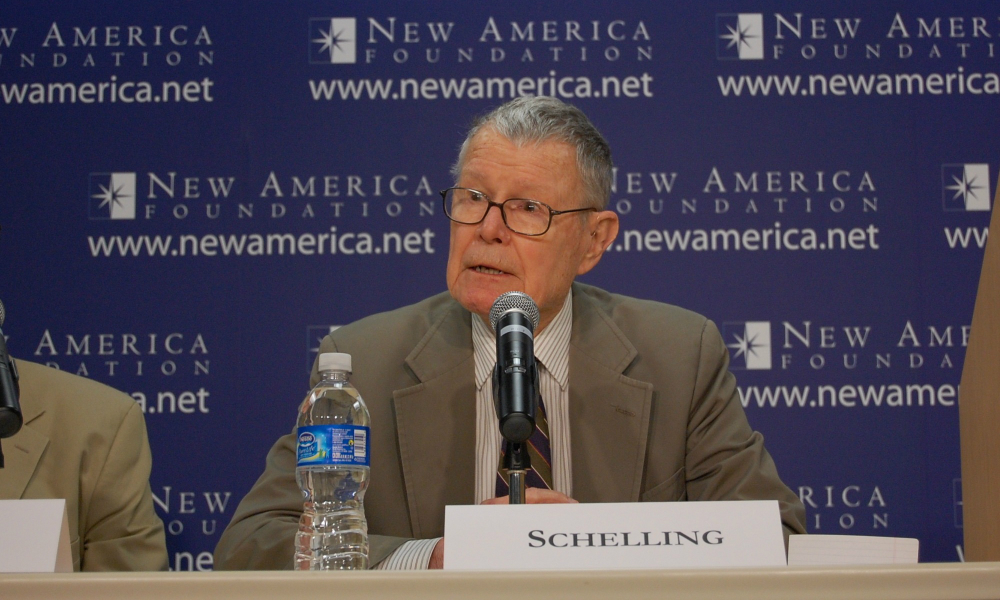 Last month the Modern War Institute convened a conference with more than sixty government, academic, business, and military leaders to discuss “Deterrence in the 21st Century.” Central to all discussions was the deterrence theory laid out in Thomas Schelling’s Arms and Influence. So it is with great sadness that we say farewell to Schelling, who passed away on December 13. Beyond mutually assured destruction and his “mad man” theory, Schelling was instrumental in using game theory to map out human and state behavior in a world of rational actors. Moreover, he was one of the intellectual fathers of strategic deterrence. While the subject has virtually disappeared from policymakers’ discourse on national security and playbooks on military planning, that does not mean that his ideas are not still applicable in a world that is vastly different than the Cold War era.

Writing exactly fifty years ago, at the height of the Brezhnev era and with American forces bogged down in Vietnam, he described the diplomatic use of violence or coercion as a way to change the behavior of adversaries. If Clausewitz introduced the notion that war is a continuation of policy by other means, Schelling popularized the notion that risk is also an instrument of policy. He noted that the problem with the tools of modern warfare is that it is difficult to secure one’s political objectives solely with military force, thus putting the onus on state leaders to know how to use force persuasively, to, in effect, cajole opponents to concede out of fear of potential military retaliation—or what game theorists describe as the “manipulation of risk.”

“The power to hurt is bargaining power,” Schelling wrote. “To exploit it is diplomacy, vicious diplomacy, but diplomacy.” A glance around the globe would suggest American bargaining power is dwindling because today’s adversaries no longer subscribe to the same cost–benefit philosophy of our previous enemies, who arguably were more rational. As an Israeli military specialist told The Economist, “Deterrence needs an address.”

There is a new quality to today’s and tomorrow’s adversaries, which appear less interested in seizing territory than in sowing some level of chaos, confusing people, undermining America’s system of values, norms, and international order. In a world in which the differentiation between war and peace is difficult to ascertain, where norms of warfare are constantly shifting, this makes crafting smart policy more challenging and our adversaries less easy to deter in any kind of conventional sense. While the United States has struggled to develop strategies to deter modern adversaries, the opposite is not true. States like North Korea and Iran seek nuclear weapons because they believe them to be an effective deterrent against U.S. force.

Deterrence, at its heart, is not about war. It is, as Schelling noted, the “art of coercion and intimidation.” It is about credibly signaling the power to hurt and inflict pain on a potential adversary as a way to avoid ever having to fire a bullet. If we have to send in the 82nd Airborne, we know that deterrence failed. In the case of Iraq, it is now known that deterrence was working and Iraq was not actively pursuing “weapons of mass destruction,” but the United States was too quick to turn to war. Was this an intelligence failure or a failure to apply Schelling’s deterrence theory? Like most game theorists, Schelling provides a useful construct, but discussing theory in the classroom and applying it to international politics are not the same and he provides no checklist to know if deterrence is actually working.

Arguably the twenty-first century will not look like the era of Pax Americana and some might suggest that Schelling’s theories should be retired. Today’s world is too unpredictable and multipolar. Our enemies today are not rational in the same sense as those of yesterday. American schoolchildren no longer carry out nuclear bomb drills, they now carry out active-shooter drills, a function of lone-wolf gunmen inspired by groups like ISIS. And yet arguably some things have not budged an iota since 1966. The foundation of the international system is still arguably one of realism—whereby states strive for survival, and balance to achieve this goal. But realists argue we should care less about states’ intentions, which are fickle and hard to interpret or predict, than capabilities, both latent and real—specifically material capabilities, like the number of tanks, troops, and a country’s size—which tend to be more consistent and indicative of current threats.

Deterrence is also about resolve. As Schelling tells us, it is all about divining one’s intentions, not only those of the enemy but our own, which in turn shape the adversary’s. “Nations,” he wrote, “have been known to bluff; they have also been known to make threats sincerely and change their minds when the chips are down.” The single biggest challenge we face is our inability to read our adversaries’ intentions—from Russia’s weaponization of cyber-espionage to China’s militarization of man-made islands in the disputed South China Sea.

Schelling’s wisdom might mainly appeal to military strategists but his game theoretical concepts reflect human decision-making in everyday life. Consider his advice on “focal points.” If you and your friend ever get lost in New York City without establishing a time and place to meet, this problem is easy to solve: meet at the Grand Central clock tower at noon. Focal points, he wrote, refer to “each person’s expectation of what the other expects him to expect to be expected to do.” Another parable of Schelling’s was the image of having oneself ankle-chained to another person, teetering close to the edge of a cliff. How do you get your partner to capitulate, if the only way to push him off the cliff virtually guarantees your death? Dance closer to the edge of the cliff.

Schelling’s wisdom has encouraged generations of new scholars to apply the strategic thinking of game theory to war-making. As we contemplate ways to respond to, say, Russia’s alleged hacking of the Democratic National Committee, interference in our elections, and invasion into Ukraine, the writings of Schelling should be informing policymakers’ basket of options. The world of strategy has lost one of its great thinkers.

Editor’s note: A summary of discussions from the MWI’s War Studies Conference on “Reassessing Deterrence in the 21st Century” will be released in the coming weeks with an edited volume to follow in 2017. 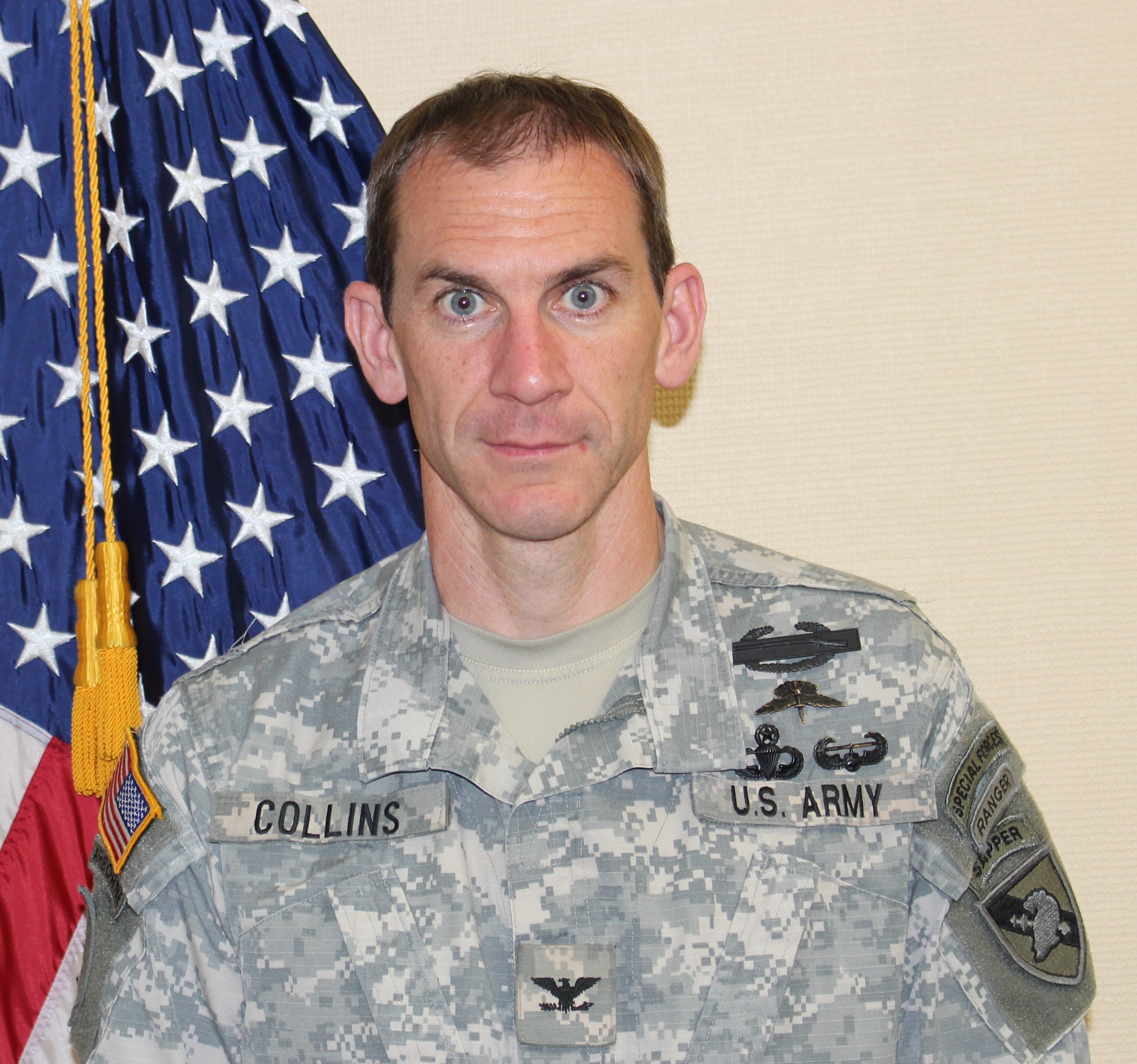