Threat Convergence: What to Do When the Adversarial Whole Is Greater Than the Sum of Its Parts 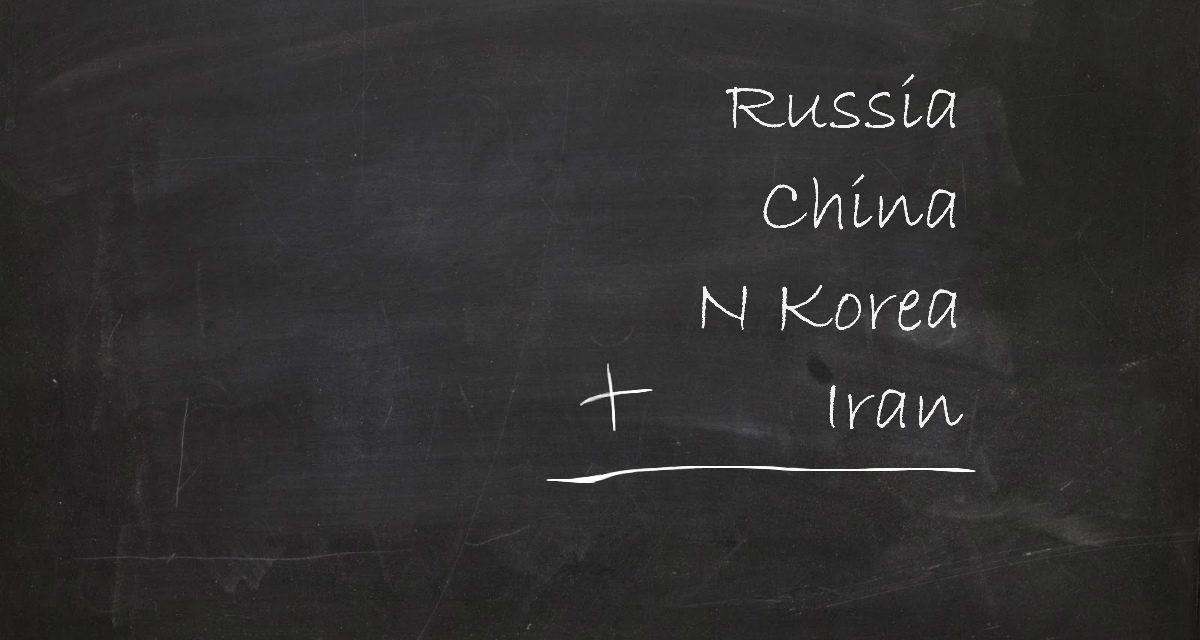 “The fox knows many things, but the hedgehog knows one big thing.”

It seems that our eighth-grade geometry teachers did not always tell us the full truth. Sometimes, we have likely since learned, the whole can be greater than the sum of its parts. In essence, this is because of a magnification made possible by a specific interaction effect: synergy. For the United States, the most significant expressions of these potentially interpenetrating and mutually reinforcing enlargements are conspicuously military.

When understood in expressly military terms, inherently complex synergistic phenomena may include a broad variety of converging security threats. In this context, the particular geostrategic “whole” presented by enemy perils could on one occasion or another turn out to be greater than the sum of its threatening “parts.” It could even turn out to be vastly greater.

This is not a minor or peripheral insight. For US military and defense planners, there are various critical implications of such a core understanding, both positive and negative. On the plus side, the cumulative outcome of certain constituent enemy threats could have the effect of blunting some of the more serious component hazards. Although seemingly counterintuitive, this plausible “softening” would likely be the result of the self-canceling impacts of one component peril upon another. On the minus side, however, certain synergies could have the effect of magnifying or enlarging any one or several of the constituent threats.

Reciprocally, similar expectations would pertain to those synergies facing America’s relevant foes. Here, again, the consequence of various synergistic interactions would either be net positive or net negative, both for the impacted adversaries directly, and also (indirectly and inversely) upon the United States.

Vital questions should promptly arise. To begin, for the United States, what precisely are the hazards that would compose any prominent synergy? Although the adversarial whole now facing this nation is visibly diverse and multifaceted—there are many significant foes and also myriad axes of expected conflict—four more-or-less discernible threats easily trump all others. These are the seemingly discrete but actually linked dangers of (1) US-Russia “Cold War II”; (2) Chinese geopolitical adventurism; (3) North Korean nuclear weapons; and (4) still ongoing or even accelerating Iranian nuclearization.

For the purpose of ascertaining possible synergies—prima facie, a valuable purpose—there would be no need for strategic thinkers to arrange these selected perils according to any hierarchic scale of urgency. It should also be borne in mind that the meaningful synergistic “weight” of any one peril could vary from day to day, sometimes according to changing foreign policies of an American president. For the present, moreover, there is no readily identifiable “Trump Doctrine” from which calculating analysts could reasonably extrapolate future or still-impending US military policy outcomes.

Also for the express purpose of ascertaining possible synergies, there would be no need to diminish the plausibility of number 4 (Iranian nuclearization) on the presumption that it is somehow seemingly less satisfactorily documented than numbers 1–3. This is because, inter alia, Tehran’s capitulation on this refractory issue (especially in the wake of President Trump’s withdrawal from the 2015 Vienna JCPOA) would probably be irrational.

For US planners, all such possible synergies should now be treated with an appropriate intellectual regard. By definition, of course, they are not easily figured out or measured. Nonetheless, because a nation’s geopolitical or strategic calculations are never analogous to orthodox geometry, certain synergies can only be ignored at America’s security peril.

In the end, it’s all about enhancing theoretical understanding, and not just the compiling of endlessly disjointed facts and figures. As a convenient metaphor for strategists and policymakers, theory is a net. Only those who cast can catch. Because of the expectedly corrosive interactive effects involving threats from Russia, China, North Korea, and Iran, the United States will need to continuously update and refine its core theories of nuclear strategy and deterrence.

Ultimately, this will prove to be a fundamentally intellectual or analytic task, not just a narrowly partisan or political exercise.

Among other things, American leaders will have to accept that certain more-or-less identifiable leaders of prospectively overlapping enemy hazards might not always satisfy the complex criteria of rational behavior in world politics. In such apparently improbable but still conceivable circumstances, all promising military strategies will need to be fashioned in order to best account for unpredictable adversarial actions. Included in this plainly necessary task will be a special attentiveness to any and all plausible synergies arising between America’s (listed above) four principal arenas of geopolitical security concern.

Prospectively irrational enemies could quickly confound normal US military calculations, especially those concerning the presumed benefits of any threatened US reprisals.

Sooner rather than later, facing new and largely incalculable synergies, Washington will need to take appropriate steps to assure that: (1) America does not become the object of any non-conventional attacks from these assorted enemies; and (2) America can successfully deter all possible forms of non-conventional conflict. To meet such an ambitious goal, Washington should consciously retain its recognizably far-reaching conventional superiority in major weapons, capable manpower, and advanced cyber warfare. On this last expectation, it merits pointing out that various major states in world politics may now have fearsome “cyber mercenary” surrogates.

Furthermore, in principle at least, such retentions of presumed superiority could reduce the overall likelihood of this country ever having to enter into any actual chemical, biological, or nuclear exchange with dangerous adversaries.

In matters of critical national strategy, operational truth may sometimes emerge through apparent paradox. US planners, it follows, may soon have to acknowledge that the efficacy and credibility of their country’s nuclear deterrence posture could sometime vary inversely with enemy perceptions of US nuclear destructiveness. However ironic or counterintuitive, enemy views of a too-large or too-destructive American nuclear deterrent force or of a US force that is not sufficiently invulnerable to first-strike attacks could sometime undermine this deterrence posture.

To counter such views, and also their correspondingly heightened prospect of negative US strategic synergies, American military planners and policymakers will need to better ensure adversarial perceptions of a “flexible” or variegated US nuclear deterrent force. This would be a force that remains visibly (1) secure from any enemy first-strike attacks and (2) capable of penetrating any enemy’s ballistic missile defenses. Apropos of this second requirement, the United States would likely need greater emphasis on deploying certain kinds of hypersonic missile systems.

There is still more to be done. As an obvious corollary, Washington should continue to strengthen its own active defenses, but must also do everything possible to improve each critical and interpenetrating component of its deterrence posture. In this bewilderingly complex and dialectical process of strategic dissuasion, the American task may also require certain more incrementally explicit disclosures of nuclear targeting doctrine, and, accordingly, a steadily expanding role for cyber defense and cyber war. Long before undertaking such delicately important refinements, Washington will need to more systematically differentiate between adversaries that are presumably rational, irrational, or “mad”—the distinction between irrational and mad actors is that the former could maintain a preference ordering that is consistent, hierarchical, and transitive, and might still be deterred by applying a nontraditional set of threats, while the latter have no regular or predictable preference orderings, and are thus not likely subject to deterrence.

Going forward, types of plausible synergistic outcome will depend considerably upon first acknowledging and applying this useful tripartite distinction.

Overall, the success of American national deterrence strategies will be contingent upon an informed prior awareness of all relevant enemy preferences and of specific hierarchies of preferences. In this connection, altogether new and more open-minded attention will need to be focused upon the seeming expansion of “Cold War II” between Russia and the United States, an emergence that is apt to shape the other three component hazards of still-fearful synergies—Chinese political adventurism, North Korean nuclear weapons, and expected Iranian nuclearization.

Soon, American national leaders should learn to understand the strategic limits of normal geometry—wherein, quite mundanely, the whole is always purportedly equal to the sum of its parts—and to augment this enhanced understanding with certain new “geometric” orthodoxies. These decision makers will then need to explore and acknowledge what amounts, paradoxically, to a geometry of chaos.

Even this long-hidden “geometry” could reveal a discernible sense of symmetry and form, including the precise shape of critically interwoven enemy threats. Where the belligerent “whole” might sometime add up to more than the sum of its constituent “parts,” US leaders could discover the prospectively lethal hazards of adversarial synergies to its overall national security. Indeed, perhaps more than any other “negative force multiplier,” this coming together of impending threats now warrants manifestly resolute and rapt attention in Washington.

Always, going forward, understanding synergies will be the key. To be sure, any such complicated understanding will be difficult and elusive—hence, enthusiastically overlooked by military analysts and planners. Still, there is no reasonable alternative, because the subject matter is inherently complex and will not submit to anything short of a correspondingly complex investigation.

Understanding synergy will be key. Counting, somehow, on “divine intervention” to untangle complex analytic intersections is surely not a viable plan. Ultimately, in the art and science of war, the highest achievements must be sought in the resolute triumph of mind over mind, a daunting task that is always preeminently intellectual.

Looking ahead, US strategic planners must continue to “know many things,” but even more importantly, to “know one big thing.” Above all, this “big thing” is the nature and content of various major strategic interactions or synergies, especially those that will concern US-Russia Cold War II, Chinese geopolitical adventurism, North Korean nuclear weapons, and Iranian nuclearization. 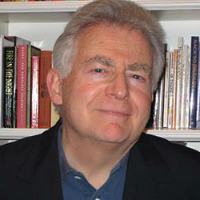 Louis René Beres holds a PhD from Princeton University and is Professor Emeritus of Political Science and International Law at Purdue University. He is the author of twelve major books and several hundred journal articles in the field. Professor Beres’ shorter opinion articles appear in many leading US and Israeli newspapers and magazines, including The Atlantic, The Hill, U.S. News & World Report, The National Interest; The Jerusalem Post, The New York Times, and Oxford University Press. In Israel, where his current writings are published by the BESA Center for Strategic Studies, the Institute for Policy and Strategy, and the Institute for National Security Studies, he was Chair of Project Daniel.