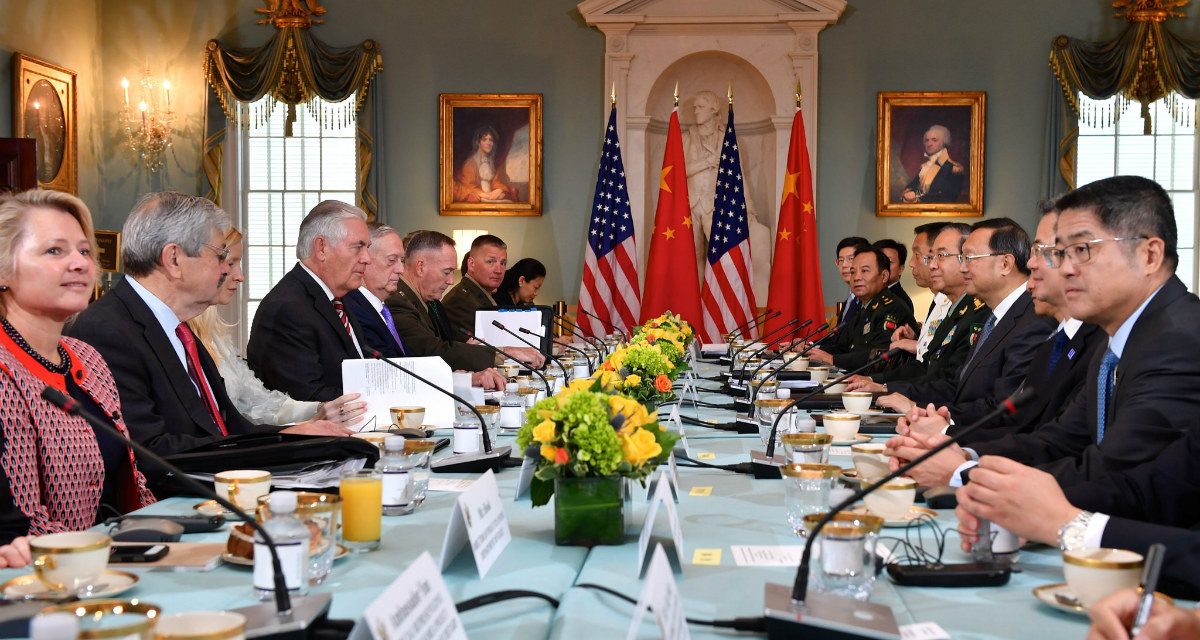 In his recent tome, Graham Allison warns that the United States and China are trapped in what he terms “Thucydides’s Trap,” otherwise known as the security dilemma. Reviewing cases from the Peloponnesian War to the Anglo-German rivalry, Allison mines history for lessons on managing great power rivalry and preventing the outbreak of conflict. The end product is a book rich in scope and even magisterial in its execution. Unfortunately, Allison’s fundamental argument is also problematic: in its total emphasis on the security dilemma, it fails to recognize the important role status is playing in shaping Sino-American relations that Allison understates.

The security dilemma has long been debated among international relations theorists. As a theory, its development was influenced by the experience of Athens and Sparta—Thucydides wrote of the Peloponnesian War that “it was the rise of Athens and the fear this instilled in Sparta that made war inevitable”—and arms racing during the Cold War. The security dilemma suggests that increases in one state’s security—even a defensively motivated power—may decrease the security of another power. (Or, as Charles Glaser put it, moves to reassure one power make the other less secure.) States are fundamentally uncertain over one another’s present and future intentions. However, the theory continues, this does not mean states are doomed to fight. The offense-defense balance of military technology allows states to break out of the security dilemma. This depends upon (1) the relative advantages of offense versus defense, and (2) the degree to which offense and defense can be differentiated from one another. A simple, intuitively plausible device to explain conflict, the security dilemma has had plenty of criticisms leveled at it.

First, some such as Randall Schweller question the very existence of the security dilemma. Conflict emerges as a result of certainty, not uncertainty. Concepts like the security dilemma assume that all states are security-seekers when, in fact, they are not. States have ambitions beyond security, such as status and hegemony. Remember Kaiser Wilhelm II’s weltpolitik and desire for Germany to have a “place in the sun.” Second, measurement issues bedevil the offense-defense balance, with proponents failing to come to a consensus on what constitutes an offensive weapon and what constitutes a defensive one. Furthermore, evidence that states take the offense-defense balance into account when sending and receiving signals is scant. Given such charges of the theory’s weakness, Thucydides’ Trap is hardly the best lens for examining the present and future of Sino-American relations, and yet that’s precisely Allison’s book does.

Allison assumes that the Sino-American balance of power will follow a typical power transition. This means the status quo power (the United States) will continue to decline and the rising challenger (China) will continue to rise. The trick for policymakers is to determine how to strike a peaceful bargain between the two states: getting the United States to avoid waging a preventive war out of fear it will be attacked after the transition occurs, and convincing China to avoid attacking before a power transition is complete in order to claim great power status.

There are two problems with this line of thinking. First, we could see a reverse power transition. This characterized the end of the Cold War, when the dominant United States’ relative power continued to increase as the Soviet Union dug itself deeper into decline. A severe recession or depression could knock an ambitious Beijing back on its heels and force President Xi Jinping or a successor to focus on domestic rather than international issues. Second, several international relations theorists have called into question the inevitability of a power transition, noting that while China is rising, it is unlikely to surpass the United States in the near future.

Donald Kagan wrote, “Thucydides found that people go to war out of ‘honor, fear, and interest.’” Despite the length of Allison’s book, its overwhelming emphasis is placed on just one of these three drivers: fear. Insufficient space and attention is paid to great powers’ search for honor or status. In the case of China, the omission of status is particularly important. Status, as one scholar has defined it, is “an attribute of an individual or social role often related to rank.” China’s search for status has been a consistent theme among scholars who study Beijing’s foreign policy. For example, it has been argued that China’s pursuit of naval power has more to do with “keeping up with the Joneses’” than naval security, per se.

Of course, deft diplomacy is still needed because China has the capacity to pose “problems without catching up.” Thus, some of the potential dangers Allison points to, such as the risk of accidental war and inadvertent escalation, remain. However, it is highly unlikely that we are en route to a hegemonic war.

Managing the rise of China is likely to be the greatest challenge for American foreign policy in the next quarter century. Allison’s book sheds light on the need for the adept management of a rising, ambitious state. However, the theoretical underpinnings of Thucydides’s Trap are problematic. Given the calamitous consequences of a rivalry or war between the United States and China, an assessment of the relationship between Washington and Beijing should not be limited to security dilemma theory.