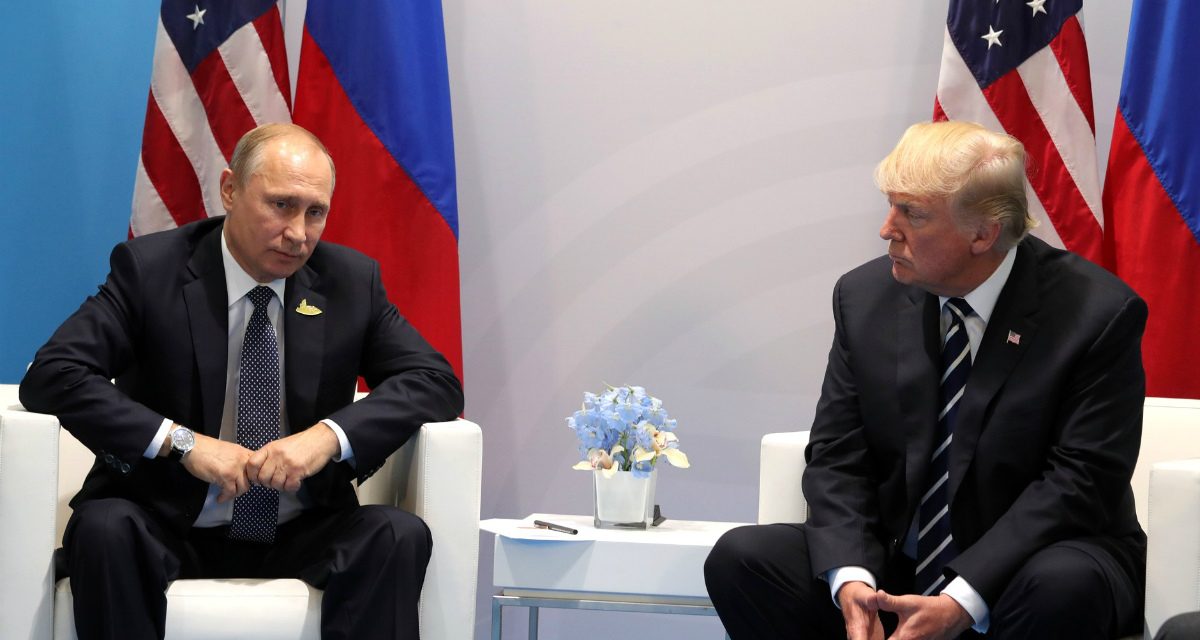 The United States has recently been ridiculed for losing the ongoing information war, and has fallen victim to successive propaganda and disinformation campaigns orchestrated by Russia without a significant response. Given Russia’s aggressive meddling in the 2016 US elections, along with other concerted efforts to delegitimize Western democracies and their institutions, it is imperative for the United States to adequately respond to Russian “active measures” in the information environment.

Information warfare—or information operations (IO) in US military doctrinal parlance—transcends any single leg of the Clausewitzian trinity (the soldier, the state, and the people) and requires a concerted approach across all disciplines to be coordinated and effective. Currently, these efforts remain stovepiped within the US government and lack the coordination and partnership necessary for success, as Curtis Kimbrell highlighted in a recent piece for MWI. Of the four instruments of national power (“DIME”—Diplomatic, Information, Military, and Economic), the “I” has often been obscured by its more tangible counterparts. But never before has the “I” been so significant than in the Information Age.

Optimizing efforts to deter foreign influence on the American public and conduct effective information operations requires an independent agency trusted with a more extensive task than existing government and military entities operating in the information environment. With adversaries and competitors continuing to demonstrate effective central planning in information warfare, it is increasingly clear that the US government can no longer let each of its components fight piecemeal. Creating an overarching agency to coordinate information operations across the US government is the only way to coordinate whole-of-government efforts and effectively utilize the array of US capabilities across the global information environment.

A disconcerting fact of current defense policy is the continued treatment of information operations as a “soft discipline” in military circles. Although the military has established IO units to provide IO planning and coordination in the form of working groups, their meetings are often misunderstood by commanders and staffs as a waste of time rather than a powerful enabler to harness. Despite the value added by US information operations to conventional and unconventional military activities, the use of military IO is legally constrained by who it intends to affect (i.e., foreign audiences) and its use in nonmilitary environments. Additionally, US military information operations is limited to what capabilities it can leverage for integration and synchronization, and must rely on interagency efforts and top-down strategic communication guidance to have significant impact on the information environment.

The Department of State has begun efforts to “coordinate counter-terrorism messaging to foreign audiences” largely in the Middle East through its interagency Global Engagement Center, and maintains relative control over interagency theme and message coordination in many parts of the world through what it calls “public diplomacy.” Despite these efforts, the persistent issue is the lack of a whole-of-government approach to global US information operations, which could feasibly utilize and coordinate available resources and maintain a consistent narrative across US agencies and geographical areas of interest.

This gap in procedure demands a remedy, which could be a revival of the Cold War-era United States Information Agency (USIA), albeit with a modern overhaul to optimize its effectiveness in an information environment dramatically different than that of the Cold War. Rather than reside within the State Department, as it did previously, an independent USIA would exercise oversight over all US agencies and offices operating specifically in the information environment, much like the director of national intelligence does in the intelligence community. Additionally, the new USIA’s director should review and approve budget requests for such agencies and offices.

Borrowing from the appointment timeline for the chairman of the Joint Chiefs of Staff, the USIA director’s term would be staggered to ensure continuity between presidential terms. Furthermore, the USIA director should maintain a permanent seat on the National Security Council. These measures would make the new agency less vulnerable to overreach or marginalization by the executive branch, while ensuring that no single government agency monopolizes information environment–related policy.

The proposed USIA should not primarily serve as a product-producing agency, but rather a coordinating entity that develops strategic communication priorities and counter-propaganda strategies to be carried out by the various agencies and directorates. A potential option would be to create a Director’s Steering Board for USIA, with ex officio representatives from agencies such as the Department of State, Department of Defense, the Broadcasting Board of Governors (the current oversight authority for all US nonmilitary international broadcasting such as Voice of America and Radio Free Europe/Radio Liberty). USIA should also be required to liaise with existing US and allied entities (such as NATO, the EU’s East StratCom Task Force, etc.) influencing the information environment to ensure continuity and effectiveness at all levels while deterring foreign propaganda where it exists. It would be extremely beneficial for the new USIA to promote innovation in technology that increases the credibility of US media outlets. Subsequently, the USIA should provide a convening mechanism to empower media, social media, and technology companies to spread best practices on identifying and removing foreign disinformation, and the social media “bots” and “amplifier accounts” that help spread it.

Undoubtedly, there will be significant challenges in establishing a twenty-first–century USIA as a coordinating agency. Rules of engagement for US military IO efforts will often conflict with initiatives from the Department of State and other civilian agencies, and the challenge of integrating key nongovernmental stakeholders such as social media platforms will pose classification issues, risk spillage, and necessitate avoiding the perception of inappropriate government co-opting of private companies. A clearly defined charter for the agency is vital in order to overcome these challenges.

Maintaining an agency that has the teeth and authority to be the hub for IO and combating disinformation will require significant nonpartisan investment to avoid bureaucratic turf wars. In the current American political environment, our adversaries’ successes and our comparative struggles in the information environment have become almost toxically politicized. But if the White House and both parties in Congress can recognize the significance of foreign information warfare on public opinion and consequently our democratic system, and approach it as a national security issue rather than a political one, much-needed progress can be made. Reestablishing the USIA is the right first step to do just that, and can help bring the United States’ full IO capabilities to bear.

Will DuVal is a military intelligence officer in the Army Reserve currently serving in an information operations unit. He has worked with the Truman National Security Project, the US mission to NATO, and the Office of the Assistant Secretary of Defense for Public Affairs.