It’s Time to Change the Way Your Unit Operates, Starting with Your Morning Meetings 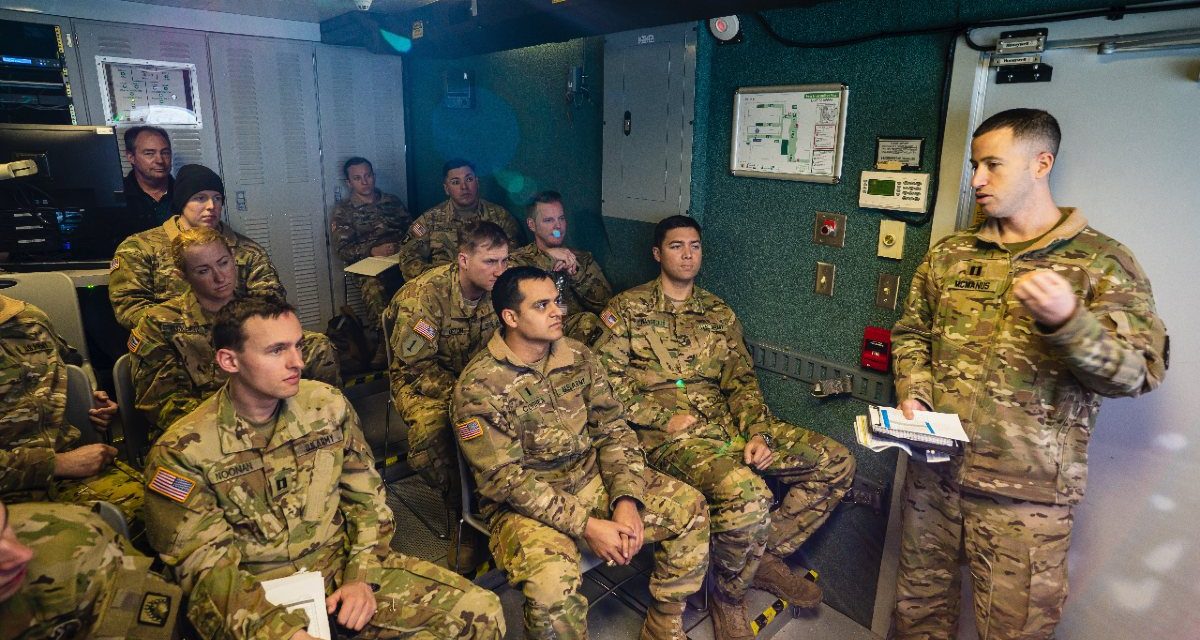 We have known for years that the mili­tary’s work style placed unnec­essary—and often unsustainable—burdens on its leaders. In their 2015 monograph, Lying to Ourselves: Dishonesty and the Military Profession, Leonard Wong and Stephen Gerras highlighted the Army’s unreasonable mandatory training and administrative requirements. Eventually, the Army responded—then-Secretary of the Army Mark Esper released a series of official memorandums in 2018 that eliminated unnecessary mandatory training requirements.

Despite these efforts, there is still much work to be done. A 2019 Rand study found “company leaders work an average of 12.5-hour workdays.” What’s more, nearly 90 percent felt that “this time burden makes it difficult to fulfill nonwork responsibilities.” The study recommended that military leaders adopt systems to “define and concentrate effort on important tasks” and to “critically screen urgent tasks.”

A key insight from the RAND study is that the problem manifests itself at the tactical level. That means that, while steps taken at the enterprise level can help to address it, the most effective solutions will also be at the tactical level. Company-level leaders can create immediate impact by introducing tools and methodologies based on Agile, an approach that has had dramatic effects in the private sector.

Agile is the First Step

Agile is a private-sector software-development strategy that empowers small teams to rapidly adapt to environmental changes using tactics like tightly structured meetings and project-management tools. Agile radically improved software businesses, and gained popularity after the release of the Agile Manifesto, a short collection of principles designed to enhance software delivery. Since then, Agile has been adopted and adapted by leading Fortune 500 companies across the world. Harvard Business Review describes it as “a radical alternative to command-and-control-style management.”

At present, the Pentagon often treats Agile as a framework for enhancing acquisitions projects or guiding software-development efforts. While this emphasis is helpful, the military is missing the potential for Agile tools to drive tactical operations and planning.

It’s natural for a skeptic to ask how much relevance a software-development strategy actually has to the way the US operates on a day-to-day basis. And of course, some readers will have become weary of the seemingly endless calls for the military to start acting more like a private-sector startup. Setting those concerns aside, though, it is hard to ignore the many deep and important areas of overlap between Agile and military leadership. The notion of the strategic corporal, for example, popularized by Marine Corps Commandant Gen. Charles Krulak in the 1990s, is indicative of a broader pattern in the US military of embracing the need for adaptive thinkers at the lowest level. Teams using Agile reflect that same pattern: they are self-organizing, determining their own tasks to best achieve key endstates.

In Agile, meetings are led by a “scrum master”—a concept that aligns closely with the notion of servant leadership, something that the military naturally fosters and, at its best, values. Servant leadership is about putting “the needs of others first” and “[turning] the power pyramid upside down.” It is selfless service, to be sure, but it is also creative and flexible leadership. Agile leaders set clear visions of their intended outcomes and allow their teams to iterate against these milestones, while eliminating barriers to their progress.

One of the simplest Agile tactics to execute are morning scrum standups. At first glance, these standups look a lot like standard Army morning meetings. Both often happen at the beginning of a workday, last around fifteen minutes, and help determine a course for the day’s work.

The difference is in the meetings’ structures. In the military, many morning meetings are command-and-control exercises, where a single leader issues all the guidance for daily tasks and those attending the meeting execute as told. In contrast, Agile meetings encourage an adaptive culture by aligning self-organizing workflows. This distinction makes morning standups comparatively more in line with the Army’s decentralized philosophy of mission command than a directive-based, top-down meeting, whose one-way information flows could incidentally be better achieved through email anyway.

In a scrum standup, daily workflows are shared on a Kanban board, a tool “designed to help visualize work, limit work-in-progress, and maximize efficiency.” In its simplest form, cards are used to represent work items and moved from left to right across columns that denote stages in work processes. In fact, scrum morning standups are explicitly not status update meetings. This overcomes some of the natural inefficiencies of traditional Army “two minute drills.” Adopting the scrum standup method increases the impact and application of human judgment, allowing commanders to empower their teams to work smarter. Unit signal personnel could even be encouraged to integrate mission-command systems and data-scraping tools to create live updating dashboards—enabling greater speed and precision for data-driven decisions.

The morning standup is governed by three key questions:

The most important question is the last one, because it marks the clearest point of deviation between Agile and traditional command-and-control models. When team members describe obstacles in Agile, they are also asking for resources and support from their scrum master. This approach allows scrum masters, like servant leaders, to focus on removing obstacles as their primary means of helping their teams.

While there are tools designed to help military leaders become more innovative, like the Army Design Methodology, these resources are most often applied to strategic and operational problems. For tactical leaders, we recommend taking advantage of free training opportunities across the defense innovation ecosystem, like the Center for Adaptive Warfighting, an offshoot of the Navy’s disruptive innovation center NavalX that offers in-person and distance Scrum and design-thinking training. There are also useful programs offered by the National Security Innovation Network, which conducts agile training through its Hacking for Defense classes and Bootcamps.

The efficiencies gained by scaling these training solutions can be complemented by integrating Pentagon-approved technology solutions. Commercial Virtual Remote, which was approved to help military personnel operate from home during the COVID-19 crisis, is a great way for leaders to apply Agile concepts in their existing workflows. The tool enables decentralized communication and provides a Kanban board. This helps leaders track tasks and create situational awareness for existing workstreams despite geographic separation. The at-a-glance nature of these tools offer instant understanding of outstanding tasks and decrease time spent answering scrum morning standup question #1.

Small-unit leaders can leverage these resources to train both themselves and their formations on Agile methodologies. Instead of the COVID-19 crisis impacting our units in a negative way, leveraging new tools like Agile can set the conditions for the Army to emerge from the crisis more productive than before.

If and when we reach a new normal in the wake of COVID-19, let’s make sure it includes an improved approach to better and more efficient ways of operating for small units—starting with morning meetings.

James “Jay” Long is an innovation officer in the Army Reserves based in Washington DC and tweets at @JayLong716.

Spencer Macdonald is a field artillery officer in the 3rd Armored Brigade Combat Team, 1st Cavalry Division. Prior to joining the Army, he was a product manager at a venture-backed technology startup in San Diego, CA.