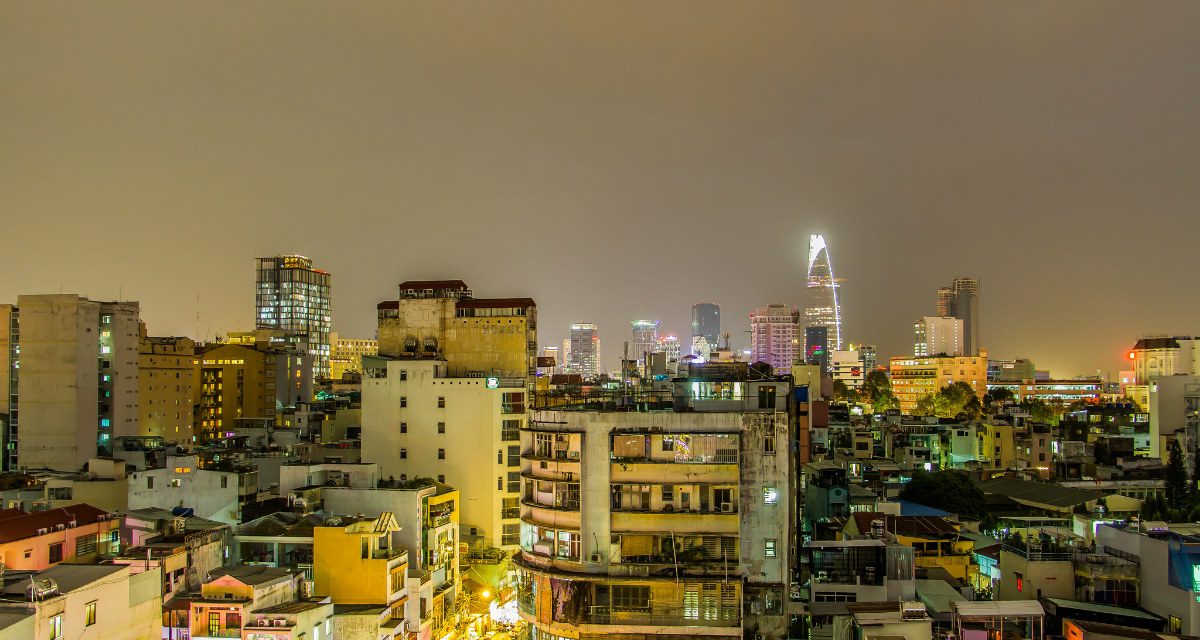 Every year, more and more of the world’s population moves into cities. The number of megacities is growing exponentially. Both of these global patterns and their inevitable consequences for military operations are well documented. Yet we still do not have units that are even remotely prepared to operate in megacities. If we want to find success on the urban battlefields the US Army will inevitably find itself fighting on in the future, that needs to change.

Throughout history, military forces either sought to avoid or simply had no need to engage in urban combat. Most military doctrine, and the strategic theory it is built upon, encourages land forces to bypass, lay siege to, or—if required—isolate and slowly clear cities from the outside in. The great armies of the world have historically fought for cities rather than in cities, a distinction with a significant difference. In cases where military forces had no choice but to operate within cities, the environment, almost without exception, proved very costly in both military and civilian casualties. Today, many armies have accepted that global population growth and urbanization trends will increasingly force military operations into crowded cities, and military forces must therefore be capable of conducting the full range of operations in large, dense urban areas. Army Chief of Staff Gen. Mark Milley recently remarked that the Army “has been designed, manned, trained and equipped for the last 241 years to operate primarily in rural areas.” But that is about to change. Milley continued:

In the future, I can say with very high degrees of confidence, the American Army is probably going to be fighting in urban areas. . . . We need to man, organize, train and equip the force for operations in urban areas, highly dense urban areas, and that’s a different construct. We’re not organized like that right now.

But despite the clear recognition that armed forces will increasingly be required to fight in urban areas, no army has committed to train, organize, and equip forces specifically to operate in cities. It is time for the US Army to do just that.

A 2016 United Nations report estimated 54.5 percent of the world’s population lived in urban areas. By 2030, that percentage is projected to rise to 60 percent. As a result of this rural-to-urban migration, cities themselves are growing. In 2016, there were 512 cities with at least one million inhabitants globally. By 2030, a projected 662 cities will have at least one million residents. And the number of “megacities” in the world—those with ten million residents or more—is projected to grow from thirty-one to forty-one in the same period.

In 2014, the chief of staff of the Army’s Strategic Studies Group (SSG) chose megacities to be the organizing theme for its yearlong research projects. Concept teams looked at the unique characteristics and challenges of a megacity, future maneuver and mobility concepts, Army force design considerations, personnel talent management, and other topics, assessing the requirements for operating in megacities. The conclusions of the SSG research are clear: megacities are unavoidable, they are potentially the most challenging environment the Army has ever faced, and the Army is unprepared to operate in them. The SSG also recommended that the Army, charged with the mandate of preparing forces for sustained operations on land, take the lead in training, organizing, and equipping forces for megacities.

As William Adamson noted in his 2015 Parameters article, “Megacities and the US Army,” the research conducted by the SSG was not the first to take a long and hard look at the challenges of large urban areas. Adamson highlighted a 2000 Government Accounting Office report, which noted that “despite a growing unease that the urban environment is a known vulnerability of US forces, DoD has not made a major commitment to dramatically improve urban capabilities.” Shortly after this, the 2001 Defense Planning Guidance commissioned a study and eighteen-month project that resulted in the Joint Urban Operations (JUO) Master Plan 2012–2017.

Interest in the megacities problem did not stop after the SSG study. The Army’s 2014 Unified Quest wargames included megacities scenarios in its study of future operational environments. The US Army Training and Doctrine Command’s Mad Scientist project continues to look at technological solutions to the challenges posed by megacities. Multiple organizations and agencies continue to assess the Army’s capabilities gaps through the standard Doctrine, Organization, Training, Materiel, Leadership, Personnel Facilities, and Policy (DOTMLPF-P) framework.

But despite all of this study, no change has been made to the Army of today to prepare for tomorrow’s operations in megacities—a tomorrow that could be here very soon.

One ongoing military study of megacities is the NATO Urbanization Project. Initiated in 2014, it is a conceptual study of potential crisis situations in urban systems, consequences of urbanization, and the impact on NATO military operations. The project includes seventeen NATO nations, sixteen NATO Centers of Excellence, and representatives of academia and industry.

In the project’s most recent experiment, the NATO team conducted a wargame to determine the capabilities needed to achieve the goals of three likely missions in 2035: response to mass migration, natural disaster, and inner-city turmoil. Within these missions, the wargame specified that a brigade conduct three operations in a megacity—joint forcible entry, major combat, and subsequent stability operations—without unacceptable levels of military or civilian casualties. On top of identifying capabilities gaps in mobility, command and control, and intelligence, the study found that normal employment concepts and force packages for a brigade were wholly inadequate. In future experiments, game participants will be given 5,000 personnel (the high end of a conventional brigade’s manpower) and asked to design a force specifically for the urban environment.

Training, manning, and equipping a 5,000-soldier force to specialize in urban operations would be a novel concept; no military force in the world has attempted this endeavor despite the well-documented challenges of military operations in dense urban terrain.

The US Army purposely avoids specialization. The Army’s Brigade Combat Team (BCT) structure of light infantry, mechanized infantry, and armored formations are specifically designed for global deployment to conduct any and all missions. While these “general purpose forces” may be designed for major combat operations against near-peer adversaries, they are expected to be able to adapt their force structure to any enemy in any environment.

There are a few exceptions—like the Army’s 75th Ranger Regiment, designed for “large-scale joint forcible entry operations while simultaneously executing surgical special operations raids across the globe.” But the “general purpose” rule holds true for the bulk of Army units. For example, even BCTs that are given special peacetime missions, like those that serve as the opposing force at one of the Army’s three combat training centers or testing modernization concepts and equipment, are required to maintain readiness for wartime missions just like any other unit in the Army. But the degree of specialized training, manning, and equipment required to effectively fight in megacities is incompatible with the “general purpose” approach.

Of course, urban warfare is not exclusively a future phenomenon. Much has been learned from urban battles in recent history: the Siege of Sarajevo (1992–95); the Battle of Mogadishu (1993); Russian operations in Grozny (1994–95 and 1999–2000); US operations in Baghdad (2003) and Fallujah (2004); Lebanese operations in Nahr al-Bared, Lebanon (2007); and the Second Battle of Donetsk (2014–15). But the broad lessons of these cases have yet to truly inform Army training for urban combat, which for most units consists mainly of tactical training (e.g., room clearing drills with four-man teams). The Army would be much better served by the creation of an entire unit dedicated to preparing to operate in dense urban environments, particularly megacities.

The lessons from recent cases of urban warfare and the many studies on the unique requirements posed by operating in a megacity can be used to design such a unit today. Starting from scratch, a unit could be built based on the specific requirements we know a megacity would call for. The unit leadership would need extreme flexibility and authority in manning, staffing, and equipping. The first attempt will inevitably not be right. But it will be a starting point from which to examine remaining unanswered questions: What are the necessary skills of an urban warrior? What is the right mix of enablers and cross-trained soldiers? What are the best movement and maneuver techniques? If megacities represent a unique unit of analysis, how will that inform this new unit’s mission planning?

Both recent studies and global trends forecast the unavoidable deployment of military forces to achieve national objectives in megacities. Given this, committing 5,000 soldiers to man, train, and equip a unit designed specifically to prepare for such a deployment would be a bold insurance plan, and the right choice.