Time Is Not on Kyiv’s Side: Training, Weapons, and Attrition in Ukraine 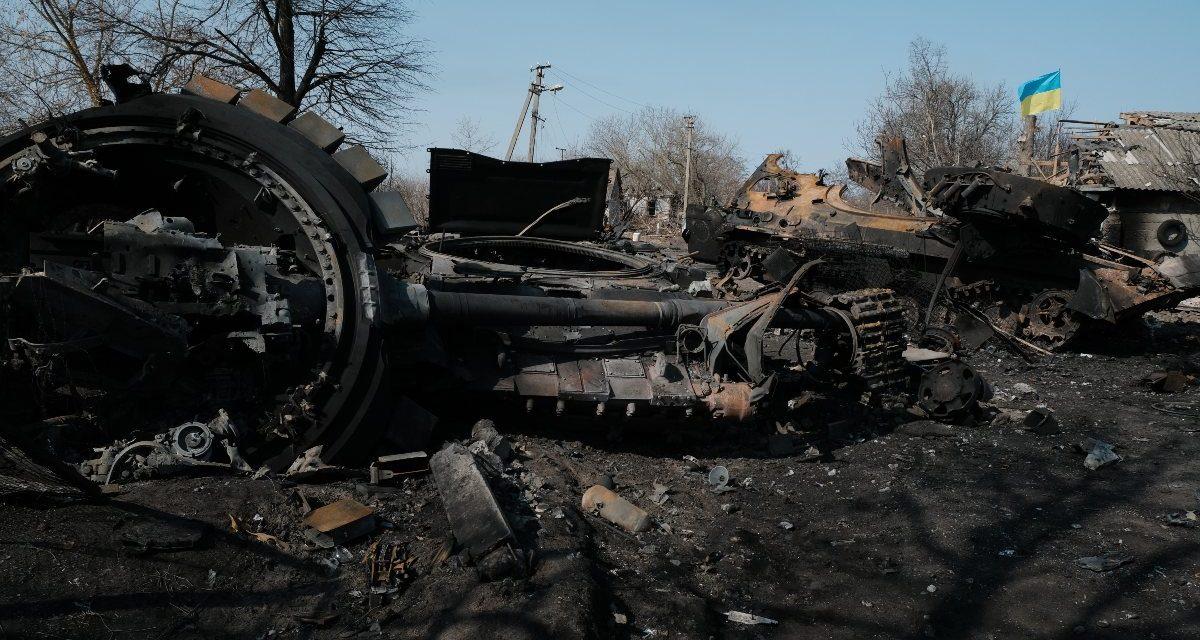 The battalion commander shrugged helplessly when we advised him that five days was a completely inadequate amount of time in which to train his soldiers. “This is all we have—they are needed on the front,” he replied with grim finality. A few days later, on a separate course that we were running for his medics, half of our class disappeared on the second day. “We have had casualties,” was the only explanation we received. Even in units that fall within the Ukrainian special operations command, most soldiers are sent to the front line with very little training. In one such unit, we estimated that just 20 percent had even fired a weapon before heading to combat.

On May 3, the Ukrainian parliament passed a law that allows territorial defense units—the country’s home guard—to be deployed to combat outside their home regions. These units are manned by local volunteers who typically have received very little preparation. We were soon swamped by requests for training courses. In the western Ukrainian city of Lviv, a town hall meeting to explain the new policy to local territorial defense volunteers was disrupted by wives alarmed at the prospect of their part-time soldier husbands deploying to the front.

Each anecdote by itself a data point, but together they tell a story that belies the relentless optimism that has pervaded Ukrainian representation of the war from the outset. After four months of grinding attrition, the Ukrainian army is facing a manpower shortage.

Every day in the current fighting, President Volodymyr Zelenskyy said earlier this month, around sixty to one hundred Ukrainian soldiers are killed and another five hundred wounded in combat. A more recent New York Times article puts that figure much higher—at one hundred to two hundred deaths a day. To put that in context, during the 1968 Tet offensive in Vietnam, one of the bloodiest periods of the war, US deaths were roughly two hundred a week—and among a force almost twice the size of the Ukrainian army.

Aside from Zelenskyy’s admission, the Ukrainian government has been largely reticent about releasing casualty figures and Western governments have offered few of their own assessments, but grim reports from the front line indicate that Ukrainian casualties are high—and perhaps in the long term unsustainable. “My friend’s son is in a company with just thirty soldiers left,” down from the 120 personnel typically in a company, one senior Ukrainian officer told me.

Every day last week, while evacuating civilians from areas in the east under bombardment by the Russians, as we drove to the front we passed a succession of ambulances going the other way. As they passed, my interpreter read aloud the signs displayed on their front bumpers: “three times 300s” or “four times 200s,” using the Ukrainian military terms for wounded and dead. By the end of the week, the figures in their aggregate, for just one section of the front we observed, seemed staggeringly high.

Of course, the Russians continue to take even higher casualties, but with their vastly greater pool of manpower, it is unlikely that these losses will have a significant impact—at least not in the short term.

And as news of the war slides from prominence in the news cycle, the way it is being fought has changed significantly. Ukraine’s troops now face a Russian force that has shifted strategy from the hasty, single-axis attacks that characterized the early weeks of the war. Now there are no more attempts at pincer movements but instead slow but inexorable advances, preceded by massive artillery bombardments—a few kilometers every day all along the front from Izyum in the north to Zaporizhzhia in the south, tightening the noose on a fragile Ukrainian salient protecting the road network that links Kyiv to the east.

In between artillery barrages, the Russians probe Ukrainian lines with small packets of armored vehicles accompanied by infantry and supported by vehicle-mounted heavy machine guns. All the while, artillery shells are launched at regular intervals in the general direction of Ukrainian forces and along their supply routes, a technique known in the US military as harassment and interdiction fire. The Russians are also practicing movement to contact—a form of reconnaissance in which the idea is to identify Ukrainian positions by drawing fire, thus enabling Russian artillery to pound new targets with precision.

Optimism in the Kremlin?

The Russian army now occupies an area comprising one-fifth of Ukraine’s total land mass—far more than it did at the outset of the war. President Vladimir Putin’s overall objective remains opaque. The low threshold for declaring victory is likely to be annexation of the entire Donbas region, a goal that Putin has almost accomplished, but with a recent resurgence in Russian confidence, that may not be enough to satisfy him.

Credible reports from Meduza, a Russian-language news site based in Latvia, indicate that Kyiv is back in the crosshairs and that there is now renewed support within the Kremlin for another onslaught on the capital. And there are reports of renewed military activity on the Russian side of the border to the north, the most likely origin of an assault on the capital. Our contacts with the Ukrainian military intelligence directorate tell us that Russian reconnaissance troops and private military contractors have been spotted on the Ukrainian side of the border. These may be indications of another attack on the capital, but a ground attack still appears unlikely. Taking Kyiv would involve a massive effort—probably more resources than Russia has at hand without resorting to general mobilization. But Putin has other options.

An advance to within artillery range would be sufficient to inflict severe punishment on the city, especially if combined with a determined effort to undermine Kyiv’s air defense system. “I have advised my wife that it is not safe to return to Kyiv,” one senior officer told me the other day. While those in the know are worried about this prospect, it’s hard to see any reflection of concern in the city itself. Every day, packed trains and buses return more of the population to their homes, and the capital is again a bustling city, with no resemblance to the ghost town it became in the early days of the war. Sirens still wail throughout the day but are universally ignored. Ironically, the impressive performance to date by Ukraine’s air defense system may have lulled the population into a false sense of security. But every air defense system, no matter how modern, is susceptible to a determined and well-planned effort to penetrate it, and Ukraine’s outdated S-300 is no exception.

A War of Endurance

Some might say that this commentary paints an overly gloomy picture for Ukraine—that game-changing weapons are on their way, and these will be enough to turn the tide. It is true that the US-made High Mobility Artillery Rocket System (HIMARS), already operating in Ukraine, is a formidable weapon and a welcome improvement on the Ukrainians’ over-used Soviet howitzers and even the recently supplied M777 lightweight 155-millimeter howitzer, whose deficiencies I have written about recently. Even lacking the long-range Army Tactical Missile System, HIMARS can bring accurate fires to bear at ranges exceeding forty miles within minutes of receiving data.

It will be weeks, however, before HIMARS is fielded in sufficient quantity to have a significant effect—maybe too late to reverse the Russian advance. The logistical exigencies of getting more into theater and then bringing Ukrainian artillery personnel to Germany or Poland for training stand in the way. Meanwhile the hemorrhage of casualties continues. And even when fielded, the HIMARS will not have the same effect for the Ukrainians as when employed by the US military, because of a shortfall in Ukrainian task organization. The tactical units we trained lacked forward observers, personnel trained to locate and report targets in a manner that can be rapidly transferred into firing data. The extremely centralized execution of artillery fire in the Ukrainian army makes for some effective fires for effect, such as the recent one that struck several Russian generals, but is not very responsive to the needs of frontline units.

The lack of forward observers may put the Ukrainians at a significant disadvantage, but the Ukrainians have on their side a strong affinity for drones and an intuitive understanding of their value in modern war. I have written previously of the requirement for long-range strike drones, loitering munitions with longer range and heavier payload than the Switchblade, and drones that can be used to deliver logistics. If Washington does provide strike drones, such as the MQ-1 Predator or even its longer-range successor, the MQ-9 Reaper, these platforms will doubtless come with the proviso that they must not be used to strike targets in Russia itself. Since launching such strikes is undoubtedly part of their plan, the Ukrainian military will have to look elsewhere for platforms that can be used for cross-border strikes on Russian reinforcements, supply chains, and infrastructure.

How Does This End?

If senior Ukrainian officers are to be believed, the war will not end with a ceasefire while Russian boots are on Ukrainian soil. They are determined not only to remove Putin’s gains since the beginning of the war in February, but also to recover areas of the Donbas that have been under de facto Russian control since 2014. Crimea, some Ukrainians admit, may prove to be a bridge too far, but many are determined that the threshold for Ukrainian victory must also include this region, the annexation of which eight years ago sparked the current period of enmity between the two countries.

The problem lies in squaring the wellspring of Ukrainian resolve with the military’s limited resources. Ukraine needs weapon systems that will give it a real edge over its adversary and help staunch the flow of casualties. Without this edge, no amount of determination and courage will be enough to avoid a prolonged war of attrition, and such a contest will favor the side with the greatest numbers. For Ukraine, the darkest days may be yet to come.

Andrew Milburn retired from the Marine Corps as a colonel in 2019 after a thirty-one-year career. His last position in uniform was as deputy commander of Special Operations Command Central, and prior to that, commanding officer of the Marine Raider Regiment and Combined Special Operations Task Force–Iraq. He is the chief executive officer of the Mozart Group, an LLC training and equipping Ukrainian frontline units.