Toward an Information Warfare Theory of Victory 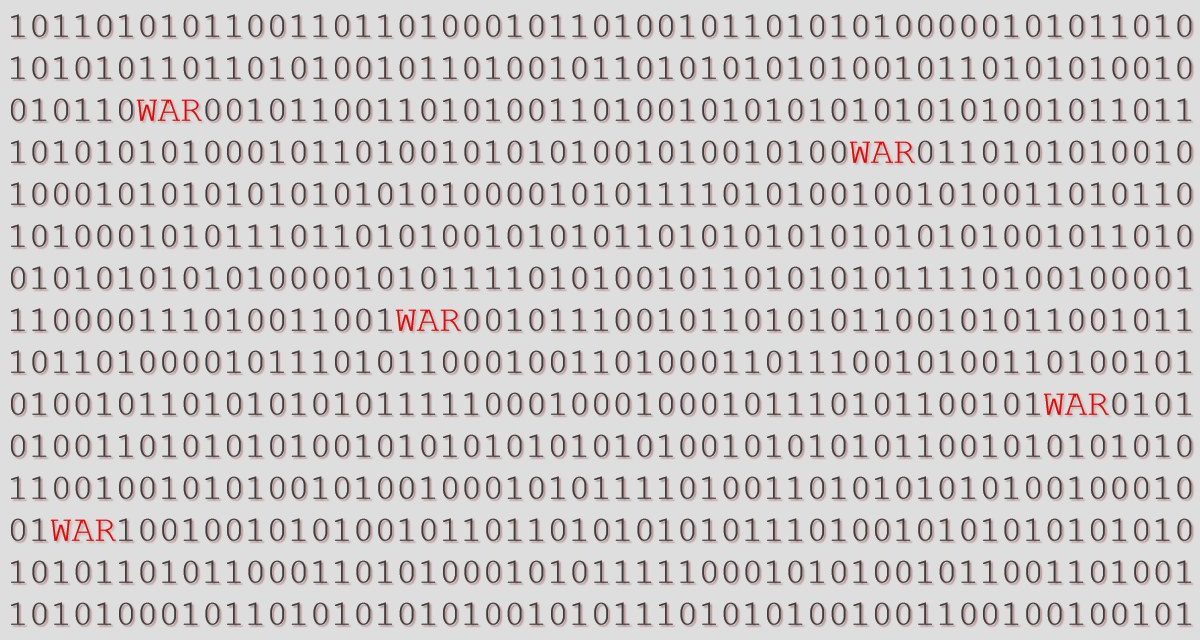 When will we know we’ve won the information war?

A superpower is being bombarded with intoxicating information from an adversary on the other side of the world. Citizens share subversive memes, often in secret, keenly aware they contradict the official story told by bureaucrats and the elite on television. The nation is convulsed and confused. Institutions in the capital city turn inward, as people around the country query what it means to be patriotic. Inspired by the foreign narrative, sections of the population lose faith in their leaders. Soon, some will take to the streets. How many, and whether they can yet be reconciled with the official “truth” remains to be seen.

The US Information Agency, which coordinated the anticommunist communication plan, was a major player during the Cold War—pulling its weight in the yoke of overall Cold War strategy alongside the State Department’s diplomacy, intelligence agencies’ tireless clandestine work, and conventional military power and nuclear deterrence. The agency oversaw Radio Free Europe and Radio Liberty, and came to have 190 offices around the world, one of the broadest footprints of any Washington, DC–based outfit. They broadcast Voice of America in forty languages to reach more than one hundred million listeners, despite large-scale Soviet efforts to jam the signals; many people behind the Iron Curtain took great risks to tune in. The messages broadcast—of human rights, liberal democracy, and relative prosperity—proved irresistible. By the end of the 1980s, most of the Soviet satellite nations had broken free and, in the final week of 1991, the Soviet Union itself collapsed.

The United States and its allies have every right to be proud of our role in liberating Russia and the Eastern Bloc from communism. And while it was just one pillar of a broader strategy, US-led messaging—both the message and the way it was delivered—was exceptionally potent; it was probably the strongest effort to bring down the Soviet bloc, rather than just contain it. Given this potency, we shouldn’t be surprised that President Vladimir Putin has invested so much effort in information campaigns of his own, and directed them against us.

The demise of the Soviet Union, in large part due to soft power and Western information campaigns, teaches us three vital lessons for today.

First, it reminds us that just because we’re currently witnessing information wielded by irreputable actors like Russia, that does not mean that information warfare is itself always bad.  It can be entirely right for a nation (or other entity) to project its messages beyond its borders.  Information warfare was a strong pillar of the campaign against ISIS, for example, where it successfully stopped many vulnerable young men and women from traveling to Iraq and Syria to join the self-proclaimed caliphate. Information campaigns have been an important component of almost every modern war.

Second, the demise of the Soviet Union suggests information wars have the potential to contribute substantially to the defeat of nations. And, if we are truly in an information age, then this danger has become more acute. Information warfare is not something trivial or secondary. It is a fundamental element of great power competition, and likely to play an ever-increasing role in future conflict.

And third, it shows us that winning an information war is very different from defeating a single information campaign. A solitary piece of disinformation or propaganda can be neutralized: sometimes by locking it out of the media, occasionally by a fact-based rebuttal, usually by the concerted deployment of public relations techniques, and almost always by an equal and opposite counternarrative. But winning the overarching information war is a very different concept.

The distinction between an information war and an information campaign is important. People are right to be alarmed at Moscow’s persistent efforts to weaponize disinformation against the West. But countering them, blocking them, and exposing them are only moves within information warfare. They do not stop the fight; it isn’t enough simply to halt the flow of malignant memes churned out by the St. Petersburg offices of the Internet Research Agency.

The defining feature of information warfare is that messages are the munition. Opponents in an information war usually have rival visions, as the United States and the Soviet Union did during the Cold War. It is a Clausewitzian clash of wills battled out through a broad conception of politics.

What makes this contest particularly troubling for liberal democracies is that we enshrine debate—between those we elect and within the population at large—as a vital civic activity. So, when information warfare is fought over our own soil, steps that may bring success—like censorship—can also attack the very nature of the society we are trying to defend. We err if we let ourselves be tempted to resort to means which are distinctly un-American, embracing short-term tactical measures that ultimately come at a strategic cost.

There are several tools that can advance our cause in an information war. Legislation can force spam or misleading emails to contain warnings. Journalists and media owners can agree on standards and commit to them. Artificial intelligence can spot attempts to game social media. Blockchain technology can help track the source and veracity of digital content.

But we should be wary of investing too much hope in technology, because it is also helping to make bad information more effective, too. Deepfake video and audio files can now be generated so convincingly they’re almost impossible to distinguish from the real thing. Artificial intelligence is fine-tuning the best way to make the most effective memes. Technology helps both sides in this information arms race.

Moreover, it is an error to focus too much on tactics before a strategy, and a concept of victory, has been determined.

So, what does it mean to win an information war? Winning a conventional war means extinguishing scope for organized violence to continue as before. Hence, winning an information war means the previous direction of messages for a political or military effect is unalterably changed.

This definition fits neatly with the Cold War example: the information war against the Soviet Union was won when Moscow could no longer propagate credible pro-communist messages.

To win the current information war—not just win a potentially endless series of battles—public debate needs to be safe from messages that seek to subvert the public interest.

Of course, what the public interest is, and how malign messages are identified and excluded, are themselves hotly debated issues. But we can apply methods used elsewhere as pointers for what should be done.

First, we know that people who are well educated, and have mature critical reasoning skills, are less likely to be taken in by some forms of disinformation. Similarly, familiarity with media can make people better at spotting outliers and fakery. To advance these tactics in the information war into an element of strategy requires a form of “herd immunity” among those who engage in public debate. It’s not enough for more people to be more aware of disinformation; a sufficient number of people have to become vigilant and actively work to ensure that disinformation does not take root within a discussion.

Second, where there are clear bad actors, deterrence by punishment is a possibility. Russia, for example, has played a persistent and deliberate role in trying to destabilize the West. Adversaries need to understand that intentionally spreading harmful information is not acceptable, and will provoke a proportionate retaliatory response. The response needs to escalate until the activity ceases.

Third, legal measures can be appropriate in some situations.  There is already legislation against libel and false advertising in most Western democracies, and against the promotion of terrorism and hate speech in some. Defining the boundaries between these antisocial activities and the right to free speech has always been tricky. But the recent success over terrorist propaganda campaigns shows it can be done. Democratically enacted laws can help defend democracies against information warfare.

Fourth, we can develop forums of discussion in which a genuine consensus on the public interest, and how to achieve it, is more likely to emerge. This is pressing, given that most contemporary social media formats have prospered by polarizing and inflaming discussions. Fostering genuine consensus-building in the national interest through social media will require social media giants, like Twitter and Facebook, to be brought onside, or bypassed.

And fifth, learning from the Western victory in the Cold War, we need to promote those aspects of the Western system that positively advance the public good, and for which there is already consensus support. “Show, don’t tell” will be the watchword here: proving our system is the best by highlighting genuine cases of the success it can deliver.

Winning an information war is about putting certain ideas beyond contention, so that organized efforts to undermine them can have no traction. Once that condition has been reached, democratic debate can concentrate once again on how to advance the public interest, safe from malign messages that seek to undermine that civic good.

Battles over information will continue, and often we will win them. But, as we learned in the 1980s, we need to fight this strategically, not just tactically, for those victories in individual battles to mean the war is being won.

Iain King CBE FRSA is an adjunct scholar at the Modern War Institute. He was recently the UK visiting fellow in the Center for Strategic and International Studies’ Europe Program, after serving as counsellor for defense policy and nuclear issues in the British Embassy in Washington. Previously, he was director of programs at the United Kingdom’s overseas democracy promotion agency, the Westminster Foundation for Democracy. He is an author of philosophy, international affairs, and fiction, and has been featured as a foreign policy analyst by CNN, the BBC, Defense One, Prospect, and the National Interest. King was appointed a Commander of the Order of the British Empire in 2013, for services to governance in Libya, Afghanistan, and Kosovo.