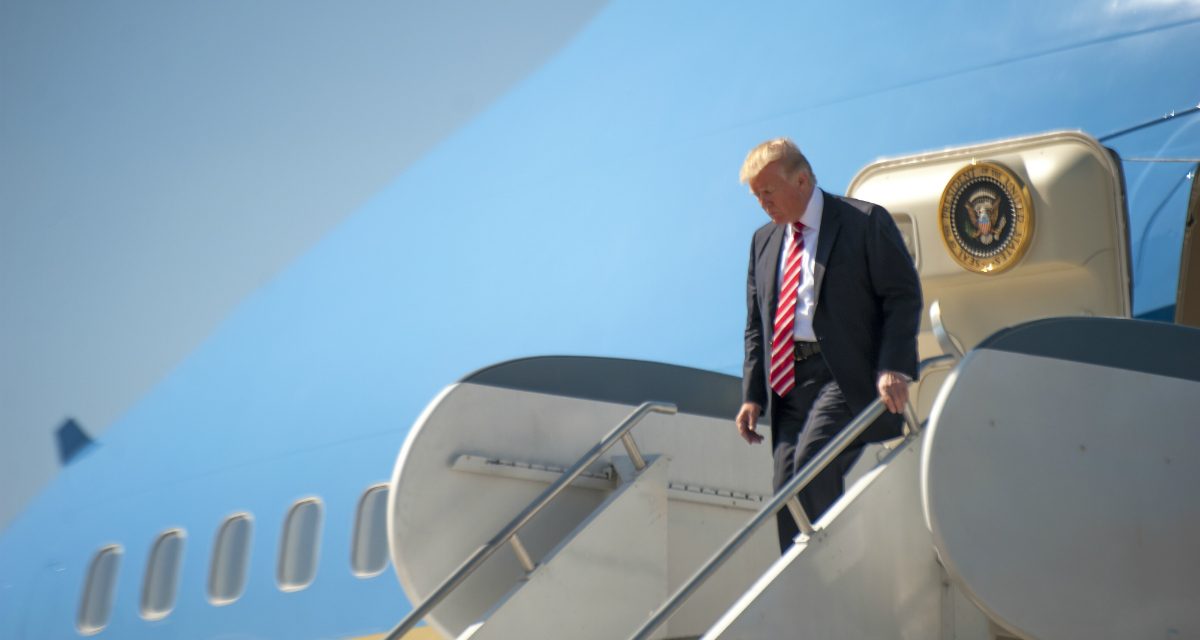 Late last week it seemed that President Donald Trump’s fiery rhetoric achieved the impossible, bringing North Korea to heel and apparently willing to denuclearize the Korean Peninsula. While there are many, many reasons to proceed with caution, the exciting and unprecedented reversal of North Korean policy is cause for guarded optimism. Yet the response from analysts and pundits has been lukewarm at best, with some deriding the idea as misguided and a tremendous gamble. Although this response is perhaps predictable, it is also foolish and self-defeating. With the announced replacement of Secretary of State Rex Tillerson with CIA Director Mike Pompeo, observers can expect much more unified thinking from the administration on a range of issues, North Korea perhaps chief among them. That presents an opportunity for bold action to address the decades-long challenge posed by Pyongyang’s bellicose intransigence—one it would be a mistake not to take.

As I’ve written elsewhere, North Korea has played its weak strategic position exceedingly well. The current situation is no different. By offering high-level talks the North Koreans have effectively painted President Trump into a corner. If he refuses to meet with Kim Jong Un, the United States could appear to validate the North’s characterization of it as a destabilizing presence in the region that is solely focused on its own interests—something the United States can ill-afford as it seeks to shore up alliances in the “Chinese Century.” While the same claim could be applied to past presidents and their refusal to negotiate with Kim, there are two novel differences facing President Trump. First, North Korea appears to possess an effective deterrent which must be taken seriously—it is no longer the overly aggressive but mostly benign laughingstock of the international order. And second, we seem to be out of step with the spirit of the age and our principal regional allies, which I previously argued. On the other hand, and as Senator Elizabeth Warren argues, if President Trump accepts the North Korean diplomatic overture it could be seen as legitimizing Kim Jong Un’s repressive regime.

Although the argument against engaging directly with North Korea appears logical at first, it is wrongheaded and must be countered. A meeting between high-level officials—even the president of the United States—and controversial world leaders is neither explicit nor tacit acceptance of a country’s domestic or international policies, it is merely an acknowledgment of the existing power structure and international order. Although this moral absolutism plays well on talk shows, it ignores the messy reality of international relations, which forces us to deal with the world as it is rather than as we think it ought to be.

Others might argue that the United States shouldn’t react to North Korea’s nuclear diplomacy, and that doing so plays into the North’s hands. Again, this argument is based on a view of the world as it ought to be rather than as it is. Whether we like it or not, North Korea has nuclear weapons, perhaps as many as sixty. It has demonstrated remarkable advancement toward an ability to deliver these weapons via its ballistic missiles. While there are some questions as to the reliability of North Korea’s delivery systems and warhead miniaturization, the American public views North Korea as the highest threat to its interests, and Hawaii has even reinstituted Cold War–Era drills—one of which many residents will never forget. No matter how hard we try, we cannot wish away North Korea’s demonstrated capability and rapid technological improvement. We’ve tried to wait the North out. We’ve tried to sanction them into submission. We’ve tried to leverage China. Perhaps it’s time we try something else and start talking before our position deteriorates further. The last, and perhaps most misguided argument against negotiating with North Korea rests on the fear that Pyongyang will lie, cheat, threaten, steal, cajole, manipulate, and commit many other dastardly deeds during any summit, only to simply renege on any agreement when its national interests require it. Rather than allay those fears, let us face them head on. Yes, the North Koreans will almost surely lie, cheat, and obfuscate their way through any negotiation, but frankly, this is normal in international relations between adversaries. Fear of deceit didn’t prevent John Kennedy from treating with Nikita Khrushchev, it didn’t preclude Richard Nixon from meeting Mao Zedong, and it shouldn’t stop Donald Trump from meeting Kim Jong Un.

Instead, our well-founded fear of deceit should shape our focus and expectation of these talks. If we enter them hoping to achieve world peace (or in this case completely rollback North Korea’s nuclear program) we’re very likely to come away dismayed and could find ourselves on the road to a very costly war. These talks should instead be seen as the opening round of diplomatic initiatives that inch North Korea and the United States towards normalized relations. Even if the proposed meeting between Trump and Kim is largely fruitless, it may lead to small diplomatic victories and establishing common ground that could critical to long-term stability and peace—outcomes that are in the national interest of both nations despite the public animosity. After all, in the words of Winston Churchill, “meeting jaw to jaw is better than war,” especially when that war would potentially involve an exchange of nuclear missiles.

True to his character, any meeting between President Trump and Kim Jong Un should be bold—which is why the meeting should take place in North Korea. While many have lamented the potential of a domestic public relations coup for Kim, they must be reminded of several things. First, it doesn’t matter if Kim achieves a domestic propaganda victory. With near complete control over public messaging, Kim has effectively secured the loyalty (or obedience) of the public and seems to be in little danger of a palace coup. Thus the impact of a domestic public relations win is negligible.

Second, President Trump is a substantially more imposing man than Kim; he stands 6’3” to Kim’s 5’7”, a fact that will take quite the combination of platform shoes, camera angles, and military headgear to overcome. Third, President Trump has demonstrated an uncanny ability to turn obviously dangerous or damaging situations in his favor. And lastly, the real impact of this meeting will not be measured by North Korean domestic reaction, but in the international arena. If the United States makes a good faith effort to work with North Korea and deescalate the situation and is in turn rebuked by a defiant or petulant North Korea, the United States would regain both the initiative and international goodwill. In an era in which the United States finds its credibility and benevolence questioned by revisionist powers, an unambiguous statement of US strength and ideals could assure our allies and rattle our foes. To my mind, there is no more powerful symbol than the leader of the free world walking confidently down the steps of Air Force One in Pyongyang.