Tracing the Contours of the New Cold War 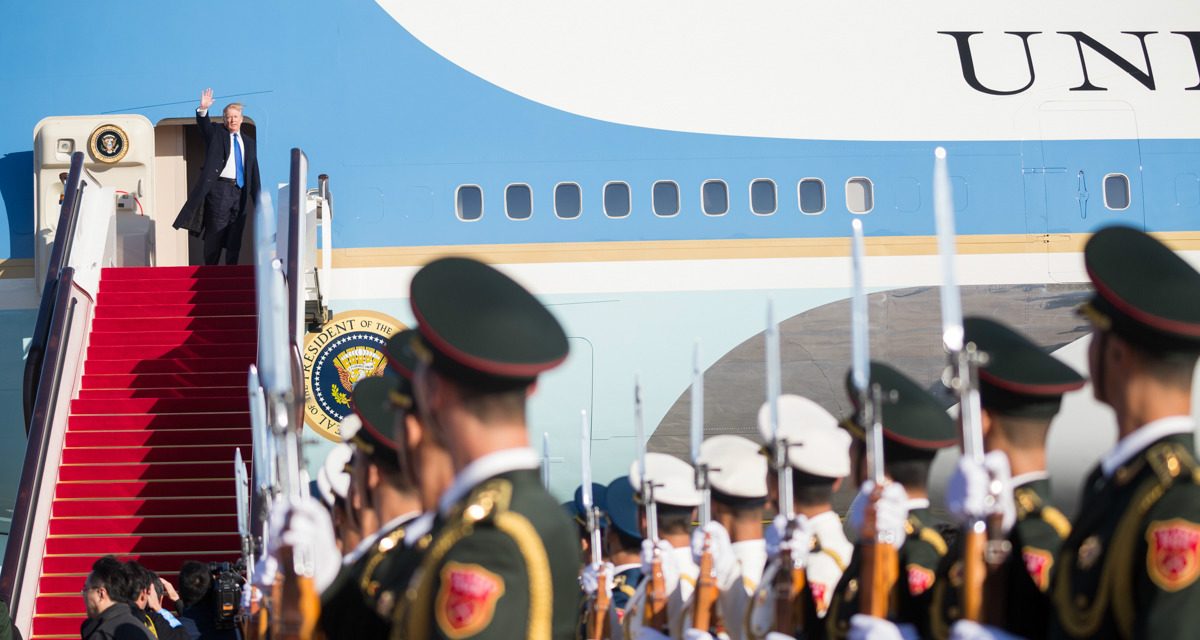 “Observe calmly; secure our position; cope with affairs calmly; hide our capacities and bide our time; be good at maintaining a low profile; and never claim leadership.”

“By the end of [2035] China [will be] a global leader in terms of composite national strength and international influence.”

Are the United States and China destined for war? The assumption that China’s rise and America’s consequently relative decline puts the two powers on a path toward inevitable military conflict lacks depth, nuance, and a defined baseline. That’s why the rich and complex discussion of the topic Dr. Graham Allison presents in Destined for War: Can America and China Escape Thucydides’s Trap? earned the book such high critical praise (in his recent episode of the MWI Podcast, he offers an excellent distillation of his analysis).

And yet, even if armed conflict is far from a certainty, it is clear that the era of US dominance as the sole superpower that has followed the fall of the Soviet Union is over. Some form of a new Cold War is here. However, this time it is not a nuclear arms race but rather an economic one.

So, what if we expand the definition of war when asking if it is inevitable?

In Western strategic thinking, war is largely a black and white concept. Within the Eastern tradition, however, the distinction between war and peace is not binary. To be sure, broad generalizations about cultures risk missing important shades of complexity. But there is evidence to suggest, at a minimum, that the war/peace dichotomy has historically been conceptualized differently in China than in the United States. As the ancient Chinese general and military strategist Sun Tzu reminds modern readers, conflict spans a multi-dimensional continuum. The “acme of skill” for a strategist is not orchestrating a grand military victory, but to “subdue the enemy without fighting.” This basic belief is why Deng Xiaoping’s parting guidance to his Communist Party comrades in 1990 was to “hide our capabilities and bide our time” while building “comprehensive national power.”

War, as Clausewitz famously said, is a continuation of politics by other means. For China, given a more expansive conceptualization of war, those other means include state-supported economic competition, undermining Western leadership, the Belt and Road Initiative, network warfare, island building, and more. The intertwined global economy that inextricably links the United States and China to one another is this war’s mutually assured destruction.

China, still weaker militarily than the United States, does not want to provoke America outright, through island building or other means. Rather, it seeks to take as much as it can without sparking a conventional war. China’s strategy aims to expand Beijing’s influence, control natural resources (especially oil), and diminish US influence in the region—by doing everything from pressuring neighbors over disputed territories to forming strategic partnerships with governments in Asia and beyond.

While the United States focused its attention elsewhere, China effectively built its relative strengths militarily, technologically, and economically—a fact that the Obama administration’s “Asia pivot” acknowledged and sought to address. China is closing the gap. Economically, depending on how you measure, the gap may already be closed. But China has also maneuvered to close gaps in areas such as strategic partnerships in the Indo-Pacific region.

If the United States and China are in fact approaching a “new Cold War,” then it is worth evaluating the various elements of Chinese strategy within that context. First, China’s efforts to increase its influence at the expense of US influence, both regionally and globally, are a central pillar of its strategy. Common threats and deeply rooted relationships continue to reinforce links between the United States and particular allies in the region—Japan, South Korea, and Taiwan, for example. The United States is also investing in newer partnerships with countries like India. But others of China’s neighbors are more vulnerable to Beijing’s efforts to undermine American influence. This strategy is apparent, for instance, in China’s potential role as mediator on the Korean Peninsula, and in increasingly warm relations with the Philippines.

But it isn’t just in regional diplomacy that China works to undermining US leadership. Even in areas as seemingly surprising as the environment, China is positioned to potentially become seen as a more significant global leader than the United States. While the United States backed out of the Paris Agreement, China—the world’s largest producer of carbon emissions—is acting. China’s Environmental Protection Tax Law levies a tax on businesses and public institutions that put local pollutants into the air.

Additionally, China’s most direct confrontation with the United States arguably takes place in a virtual space. China has worked actively through cyber warfare against a range of US targets. It is waging a cyberespionage campaign against American businesses, the military, and more. The Chinese government’s offensive cyber capabilities continue to breach US systems and put at risk US security, confidence in the American economy, and relative perceived leadership.

Economically, China has yet to achieve the upper hand in these areas; it remains a rising power pursuing parity with the United States. As such, while Beijing heeds Deng Xiaoping’s advice to “bide our time” economically, the Chinese government is certainly aware of its relative vulnerabilities. China remains an export-driven market with no alternative that can replace its American consumers. Without the United States, China’s manufacturing economy would take a massive hit.

Additionally, China has a large excess savings rate, and that cash tends to get deposited in overseas securities markets. American markets have the depth and liquidity to most easily absorb that investment. China currently holds $1.17 trillion worth of US government debt. This, superficially, appears to give China leverage, and much has been made of the risk to the US economy entailed by that investment. But it is a situation that leaves China at least equally vulnerable, in large part because the balance of leverage is in the United States’ favor. If I owe you $100, that is my problem. If I owe you $100,000, it quickly becomes yours, as well. This is especially true for China because buying US debt keeps the value of its own currency down and thereby makes its exports more affordable. Thus, keeping those exports flowing is dependent on maintaining that investment.

In broader terms of trade, the Belt and Road Initiative is an attempt to increase China’s global and regional connectivity. It is one more asymmetric means of waging “war,” in this case by undermining a key element of American influence in the Indo-Pacific region and strengthening its trade relationships with Europe and Africa. For China, the initiative also serves as a means of exporting infrastructure-based development—a pattern that has been called “neo-colonialist” in some quarters and was recently criticized by US National Security Advisor John Bolton as “predatory practices.”

Together, these efforts allow China to slowly work toward economic dominance in the region and garner influence in the process. Linking its economy to others, then, is a means of building power. Debt, as a function of the global economy, plays a role in this relationship.

This brings us back to the question at hand: Is war with China inevitable? In some ways, the answer is irrelevant: after all, American strategy toward China, as a near-peer competitor and a potential threat within the 4+1 framework, requires nuance that reflects the relationship’s complexity. But if China’s goal is to quietly build power until it is in such a dominant position that America will never challenge it—building power by taking steps that are not too large or too loud to provoke a reaction, but combine to slowly tip the balance of power—then applying a broader understanding of “war” suggests not just that it could be inevitable, but that we might already be in one.

Doug Meyer is an active duty infantry officer in the U.S. Army and currently a master’s candidate at the Georgetown University’s McCourt School of Public Policy. He is the founder of The Company Leader, an online forum focused on sharing leadership lessons from the tactical level of war. He is also a member of the Military Writers Guild.