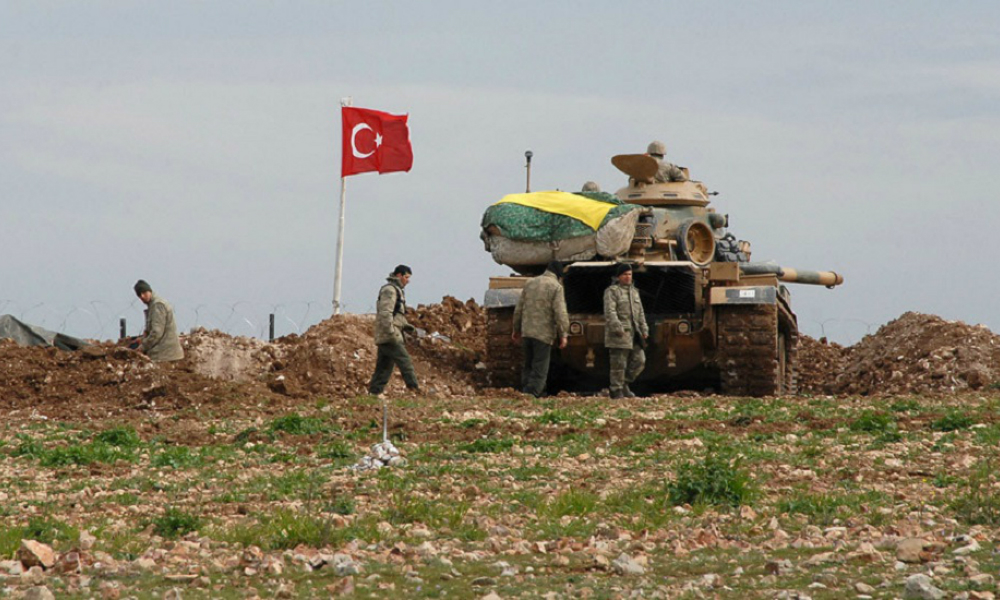 Last week, in what commentators are calling an escalation in the Syrian Civil War, Turkish tanks rolled across the border near Jarablus, ostensibly in “pursuit” of ISIS militants holed up there. But Turkey has never waivered from sending military forces across its border with Iraq or Syria. By my count, Turkey has done so on at least a dozen other occasions since the 1990s. Ankara has signed agreements with both the former Iraqi regime under Saddam and with Assad’s father to carry out such incursions, which gave rise to speculation last week that the Turkish operation may have had the implicit backing of the Assad regime.

Nor can this be seen as an escalation in the conflict per se. There are some 400,000-plus Syrians killed, millions displaced, and a number of other states – Russia, Iran, Saudi Arabia, United States, etc. – whose militaries are already jostling in Syrian territory and airspace. What’s surprising is that Turkey did not intervene more forcefully sooner.

Hot pursuit has been a regularized feature of conflict zones, stretching back to mid-19th century U.S. incursions against “marauding” Indians who fled into Mexico.  In past multisided conflicts with proxy-war dynamics – chief among them the civil war in Angola and multiple civil wars in Myanmar – hot pursuit has been commonplace. The mechanism is that non-state actors typically rely on safe areas beyond one’s borders for shelter, sometimes at the request of the neighboring state. International law prohibits such incursions on land, unless in self-defense, yet rarely do such operations go punished.

Although there are often tit-for-tat dynamics present, seldom do such operations escalate militarily. In other words, Syria will not retaliate against Turkey. Not because it is a weaker state but rather because norms have emerged that have allowed some degree of cross-border kinetic actions against non-state actors. Turkey could rightfully claim self-defense, in light of an ISIS operative who killed over fifty wedding goers in Gaziantep. But such cross-border attacks are generally permitted, so long as Turkish forces do not set up a permanent base in, say, Hassakeh or Idlib.

The real target of Turkey’s is the Kurds, which is where the operation gets murky. Much like during the Angolan civil war, where South Africa was the principal pursuer of pro-separatist rebels, Turkey finds itself in the awkward position of being partners with the United States (and hosting its vice president) even as America’s chief proxy in the region – the Kurds – are its sworn enemy. Turkey has downplayed this division by alternately calling for an end to the Assad regime or a no-fly-zone. Its motivation is threefold: To stem the tide of refugees flowing across its border, to stamp out any inkling of an autonomous Kurdish state, and to stop the recent string of terrorist attacks.

Turkey, in a matter of only a few years, went from a policy of “Zero Problems” on its border to one where it is engulfed by conflict, externally as well as internally. Efforts to mend fences with Russia and Israel reflect its unenviable position. And incursions into Syria will be part of the new norm.