Twenty Years of America’s War in an Afghan Valley 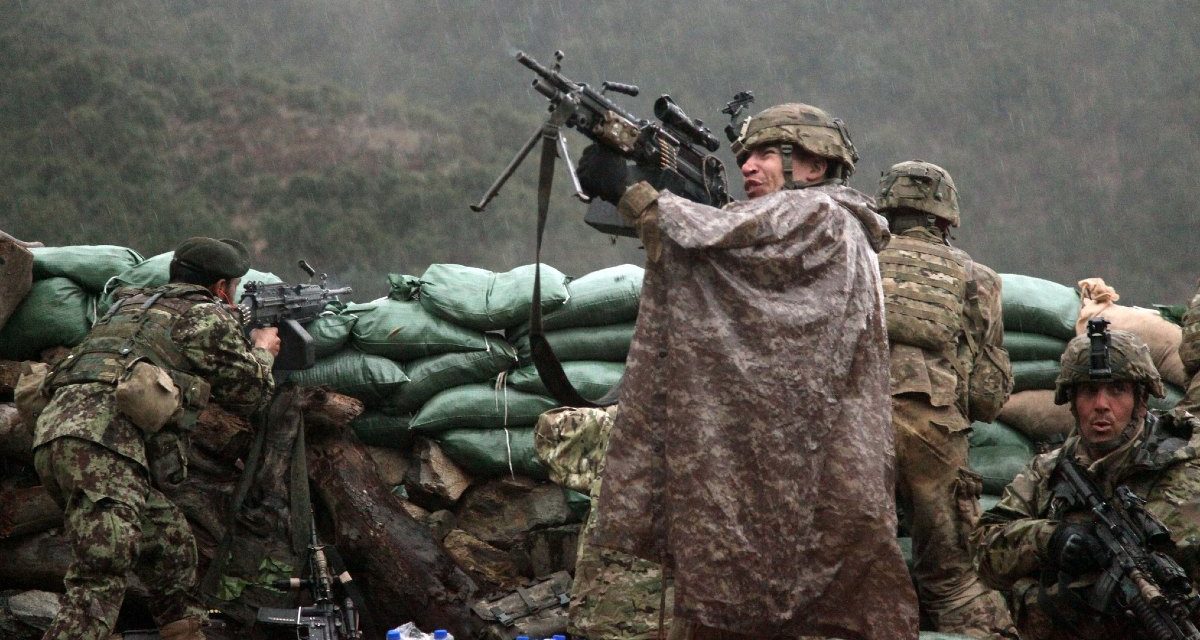 Murph. Restrepo. Korengal. Each of these words evokes the essential character of the war in Afghanistan, America’s longest and least-understood conflict. Each of them is also shorthand for events that took place in the Pech Valley but that largely define the American public’s understanding of the war. Wesley Morgan’s The Hardest Place provides needed context to the events and the single valley where they occurred, a site of remarkable heroism and hardship. From the disconnect between the ever-shifting strategic aims in Afghanistan and the grim, often insurmountable, tactical reality to the uneasy alliance between American forces and their Afghan partners, Morgan’s exhaustive reporting provides a definitive examination of a small corner of Afghanistan, revealing unsettling truths about America’s entanglement in a conflict without a coda.

Morgan’s experience as a research assistant for the book Endgame by Michael Gordon and retired General Bernard Trainor, the definitive account of the Iraq war, shines throughout The Hardest Place, with its cogent structure and superb pacing. Covering 2001 until the present, Morgan details each successive unit deployment, both special operations and conventional forces, showing how each deployment builds upon the last as the operational environment changes. Too often, Morgan shows, units suffer institutional amnesia, ignore past lessons, and remain ignorant. The narrative is layered, coherent, and accented by detailed, original reporting, and it strikes the right balance between breezy combat memoir and academic text. Morgan utilizes interviews with local linguists, a Special Forces veteran who advised several units as a contractor, and Pech Valley residents. These interviews provide an appraisal of each unit’s performance and actions. The clear writing makes the book accessible to those most in need of its lessons: policymakers shaping the Afghanistan strategy and the military leaders charged with its implementation.

Starting in 2001, Morgan highlights the initial intelligence failures within the Pech Valley in the aftermath of 9/11 as Osama bin Laden’s trail turned cold. Special operations forces and CIA operators lacked accurate maps, relying upon outdated Soviet maps from the 1980s. The various languages spoken in the Pech Valley were both numerous and obscure, hindering both signals and human intelligence gathering. Tribal dynamics were misunderstood or ignored as strategic pressure forced the detention and targeting of Pech Valley residents, often those not connected to malign activity. These obstacles forced America’s most highly skilled and trained practitioners of unconventional warfare to latch onto poorly sourced and lightly vetted intelligence coming from the Pech Valley. Locals often provided false intelligence to Americans thirsty for intel on the whereabouts and activities of suspected al-Qaeda and Taliban operatives. Armed with false information, American forces unwittingly settled tribal scores, rather than achieve effects on targets.

In the summer of 2005, the legendary Operation Red Wings and the heroic actions of the compromised Navy SEAL reconnaissance element masked disjointed planning and the chaotic efforts to recover the SEALs. After the initial foray into eastern Afghanistan, both conventional and special operations forces conducted concurrent, but rarely integrated operations. Follow-on conventional forces, mainly Army infantry units, would find an operational environment marred by previous miscalculations and a swift escalation of violence.

In 2006, Afghanistan policy was badly adrift and 3rd Brigade, 10th Mountain Division stepped into the void. The brigade, rather than the previous smattering of special operations and conventional forces, would focus exclusively on the Pech. The brigade’s commander, Colonel Mick Nicholson, who would lead the overall war effort in Afghanistan a decade later, focused his unit’s efforts on Kunar and Nuristan Provinces. These areas of Afghanistan were supposedly a hive of senior-level al-Qaeda activity and potentially would yield clues on the whereabouts of bin Laden. The brigade’s hypothesis was that the presence of a large Army unit would disrupt and dislocate al-Qaeda operatives in the Pech, allowing the intelligence community to gain signal intercepts, honing in on the upper echelons of al-Qaeda. However, bin Laden had displaced from eastern Afghanistan to Pakistan, leaving behind a war-weary Pech populace, reluctant to collaborate with American forces.

Follow-on battalions would plunge headlong into the Pech Valley, deploying for up to fifteen months at a time. Each battalion would attempt to conduct counterinsurgency and counterterrorism missions. The dual mandate of protecting the population and prosecuting targets provided overwhelming. The brutal terrain of the Pech, unwilling Afghan partners, and a cunning, determined enemy not only dashed the plans of the Army units dispatched to the Pech but turned the small corner of Afghanistan into a slice of hell. To expand its footprint deeper in the Pech Valley, battalions would construct new outposts. But those sites would prove hard to supply and harder to defend. Frequent attacks and the occasional infiltration of outposts thwarted battalion efforts to secure themselves and locals. Soldiers who experienced combat and lost friends in the valley would return home with untold psychological scars. Morgan reveals that nightmares were a norm among soldiers of 1st Battalion, 26th Infantry Regiment and many received liberal dosing of the antipsychotic Seroquel while deployed. The description raises the question: At what point does a deployed unit become combat ineffective and where does culpability for this failure lie?

Many narratives about the war in Afghanistan focus on the actions of heroic junior leaders or highly trained special operators, offering page-turning tomes and tidy conclusions. However, conflict does not fit neatly within narratives, and Morgan’s book doesn’t pretend that it does. His presentation encourages readers to think about difficult questions. How should we judge commanders who operated in the Pech Valley and in the Afghan conflict as a whole? How much responsibility do tactical and operational commanders bear for not achieving the war’s stated ends? Or do these commanders deserve accolades for managing a hellish operational environment in which strategic and tactical ends were so badly misaligned? The commanders in the Pech were playing and managing on the margins, and both American and Afghan lives were located in those margins.

A select few who led brigades and battalions in the Pech Valley became Army general officers while others quietly separated from the service. For those who rose in the ranks, it is difficult to imagine how their experiences in the Pech would not continue to color their decision making, even at the strategic level.

For enlisted veterans of the Pech, their experience is much different. Morgan describes the “Kunar syndrome,” the urge of Pech Valley vets to return to the place that absorbed their youth and forever altered their lives. This syndrome takes the form of active soldiers angling to return to the valley and veterans congregating on Facebook groups, expressing their longing to return. Kunar syndrome afflicts veterans processing a war that did not achieve its intended aims and has been characterized by a chasm between veterans and a grateful yet largely ignorant nation, disconnected from the use of organized violence on its behalf. Morgan skillfully juxtaposes these different perspectives and allows readers to draw their conclusions.

Morgan’s detail and nuance sets the standard for future efforts to unpack the complexities of America’s involvement in wars like Afghanistan. The book’s most noteworthy accomplishment is Morgan’s delicate and humane portrayal of the Pech Valley combatants, bringing nuance and depth to the experiences of those tasked with a nearly impossible mission and eliciting both sympathy and enduring gratitude for their sacrifice and heroism amid ferocious combat with little success to show for their efforts.

Maj. Benjamin Van Horrick is the ground operations officer at MARCENT in Tampa, Florida. He has served on four overseas deployments.