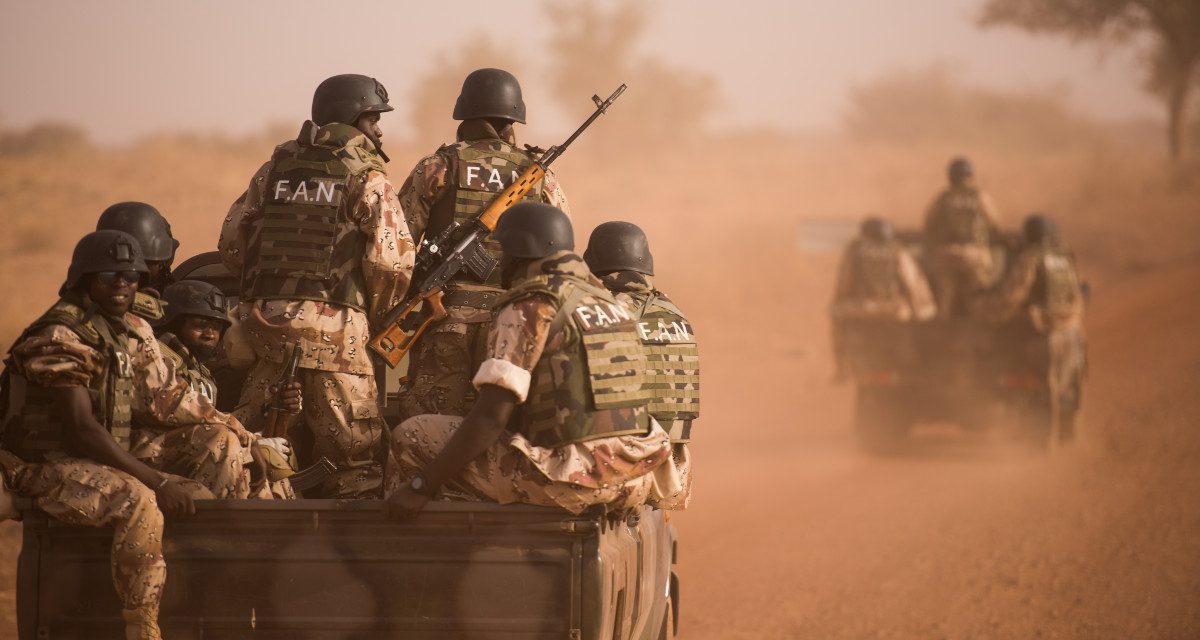 A landmark piece of the 2020 NDAA created the Climate Security Advisory Council, which will sit under the US National Intelligence Council and Director of National Intelligence. The council will facilitate the exchange of climate change and climate security information, with the aim of ensuring that the issue is adequately prioritized in US national security settings. This is a significant step. But if the national security enterprise is to effectively contend with climate change’s impacts on security, a better way of conceptualizing them is needed.

The term “climate security” has been used for more than a decade, yet the NDAA’s use of the phrase provides an opportunity to discuss what it means. A particularly useful way of framing the topic—of climate change’s national security impacts—is by examining how climate security fits with three other security paradigms. These, then, are the “three faces” of climate security—environmental, human, and geopolitical security.

Conversely, the NDAA’s climate security definition does not include how humans affect the climate, thereby indicating that the national security enterprise’s main function vis-à-vis climate will be to understand the effects of climate change, not its causes. Whether they should or should not understand its causes is a separate conversation.

Human security emphasizes the security of individuals over that of the state. Yet, human security issues can still affect national security. Many topics fall under the human security purview, including environmental security. The common theme between these sub-issues is that human insecurity emerges when human beings cannot satisfy their basic physiological, safety, and social needs. The inability to satisfy these needs can lead to feelings of disenfranchisement or marginalization, which can then manifest in ways that directly impact national security.

The link between health and the environment is rooted in the very grounding need for all life to keep homeostasis amid their ever-changing surroundings. Sometimes those environmental changes are too much and too sudden. The very foundation of our health, therefore, also shifts as fundamental natural systems do, including our climate. As just one example of these interlinkages, the United Nations reported between 83 and 132 million people could go hungry worldwide by year’s end because of COVID-19 alone. This is between 40 and 120 percent more than the number of people who went hungry from 2014 through 2019 combined.

The World Health Organization estimates nearly 150 million children under the age of five suffer from protein energy malnutrition. A growing body of literature supports strong linkages between severe malnutrition and indicators of poverty, lack of breastfeeding, and failure to complete immunization. Reduced cognitive development and learning disabilities can severely influence an individual’s likelihood to thrive. Developmental growth therefore is stagnated simply because of the lack of availability of a basic resource—food.

When human beings face this kind of insecurity, the effects transcend the affected individuals themselves. Unrest, violence, and instability often follow. Environmental conditions, such as drought, have direct consequences on people’s basic livelihoods, especially if those livelihoods are dependent on environmental security, like in the agriculture sector, which can amplify social and economic tensions.

Although geopolitical security emphasizes state security, many present-day conflict situations show exactly how the three faces of climate security interact. Environmental and human security challenges enhance geopolitical security issues, particularly when access to resources and infrastructure are uncertain. For example, human security issues caused by drought can precipitate migration or criminal and terrorist exploitation due to loss of livelihood.

Surface air temperatures in the Arctic region are rising two to three times faster than the global average. As a result, the Arctic ice cap is melting and opening new opportunities for economic competition, and cooperation, with the potential for making previously inaccessible underground hydrocarbon energy resources available. Simultaneously, the thawing permafrost—frozen ground—in the region, is causing the ground in the region to move, jeopardizing infrastructure development. The Arctic’s high temperatures have intensified the strength of regional wildfires, which have further exacerbated permafrost thaw.

Environmental and human security, particularly the perception of resource insecurity, are also linked to many geopolitical conflicts worldwide. For example, Ethiopia-Egypt and India-Pakistan relations have experienced—and continue to experience—tension contextually linked to historical issues, but exacerbated by water supply and projected climate conditions. The Ukrainian government, too, reportedly is using its control over the water supply to Crimea in response to Russia’s annexation on the peninsula. The influence of climate and environmental conditions on many present-day geopolitical conflicts shows exactly how the three faces of climate security interact.

In Syria and Central America, drought conditions have led to reduced harvests, curtailing people’s livelihoods in agricultural areas and prompting internal migration to urban areas. The cities to which they move, overpopulated and strained, have experienced violence as a direct result of poverty and resource insecurity. In both of these cases, conflict and violence in turn contributed to international migration, which itself has been classified as a national security issue, particularly in those countries that have struggled with the influx of migrants.

The Value of the “Three Faces”

Climate change is rarely, if ever, the only reason why threats emerge, but its complex nature can often discourage an acknowledgement of its impacts on national security. However, the NDAA’s focus on “climate security” introduces a new dimension to national security discussions, one that challenges previous, narrower perceptions of national security threats.

It may be difficult—when there is a full range of more visible threats to contend with—to reconcile how a complex and intangible issue like climate change should be understood a national security issue. However, it is the job of intelligence to confront complexity, not shy from it. The “three faces” framework offers a tool with which to do so, helping to alleviate confusion about climate security, while enabling professionals in the intelligence community to recognize the context that climate can have on the issues the they are responsible for understanding.

Jordan Beauregard is a US Defense Intelligence Agency intelligence officer. He holds a Master of Science in Strategic Intelligence from the US National Intelligence University and studies Strategy, Operations, and Military History at the US Naval War College.

The views expressed are those of the author and do not reflect the official position of the United States Military Academy, Department of the Army, or Department of Defense, or of the Defense Intelligence Agency, National Intelligence University, Naval War College, or any organization with which the author is affiliated.