Unity of Effort: Why Military and Political Coordination is Vital to Success in Iraq and Syria 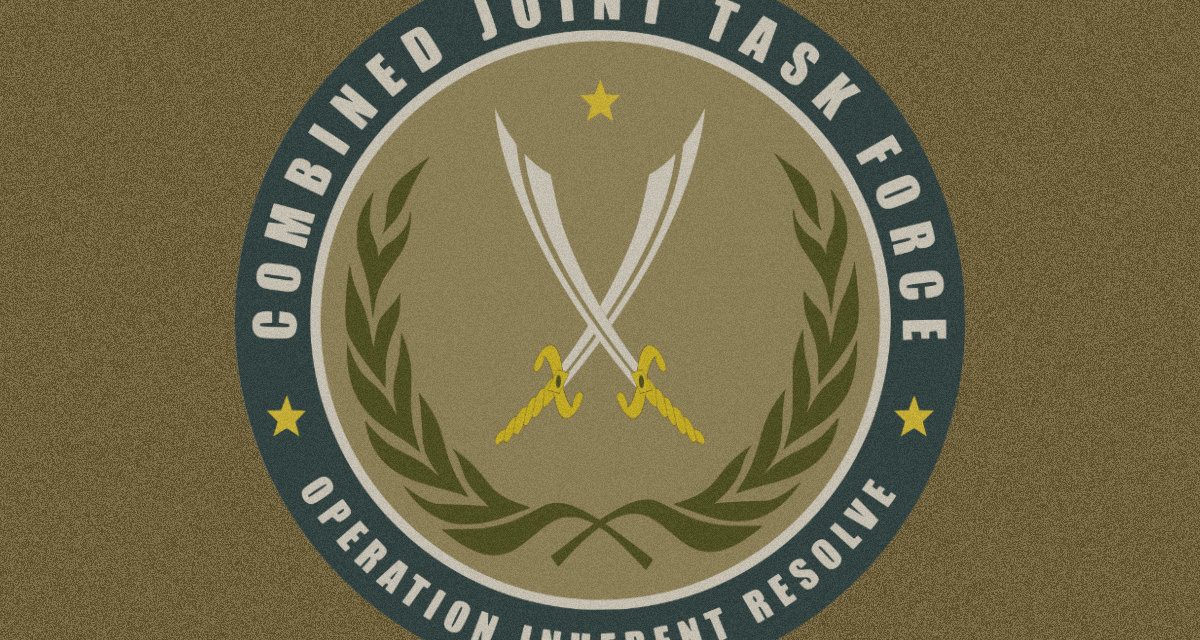 The interagency is a force multiplier. And yet, although structures have been developed that recognize this and facilitate interagency operating and decision-making, cultural differences and misinterpretation of strategic intent between the Department of State and the Pentagon, as well as between civilian and military personnel in theatre, often undermine the unity of effort required to achieve strategic objectives. For example, while a joint force commander has the authority to engage with all ambassadors within his area of responsibility, each individual ambassador “is an authority unto [himself/herself] . . . who may have divergent ideas on how to implement national policy.” In addition, regional diplomatic representatives, as heads of regional bureaus (such as the Bureau of South and Central Asian Affairs), are the diplomatic equivalent of the commanders of geographic combatant commands (CENTCOM, AFRICOM, etc.), representing and attempting to coordinate activities throughout a broad joint operations area (JOA). Subsequently, and justifiably, these senior representatives, carry their own input and influence on the decision-making process.

The restructuring of Operation Enduring Freedom headquarters in Afghanistan in 2003–2004 generated unity of effort by synchronizing the coalition COIN strategy through “a uniquely structured US country team that seamlessly blended diplomatic, informational, economic and military means.” Simple yet strategically significant efforts, such as collocating senior civilian and military personnel, generated “more agility and speed in dealing with rapidly developing crises.” These attributes should be a base requirement in contemporary stability and reconstruction campaigns, especially in combined efforts involving allies and partners who may have a military and diplomatic culture which does not necessarily reflect that of the United States or other senior partners. This situation currently manifests in Iraq and Syria as the respective counter-ISIS operations performed by Combined Joint Task Force – Operation Inherent Resolve (CJTF-OIR) transition to a “stabilization” phase. Phasing overlaps notwithstanding, coalition stabilization efforts will inevitably require an increase in diplomatic action which builds upon the coalition’s ongoing military successes.

In October 2003, CENTCOM introduced a mechanism which epitomized the coalition’s nascent COIN strategy in Afghanistan—the Combined Forces Command-Afghanistan (CFC-A). CFC-A sought to overcome interagency cultural differences to enhance political/military coordination across the spectrum from the strategic to the tactical level. CFC-A physically integrated the civilian and military components of the coalition’s whole-of-government effort to help the Afghan National Army to stabilize the country, eliminate the Taliban and other nefarious actors, and most importantly legitimize the Afghan government. Progressing these objectives had been hampered by a revolving door at the US embassy (previously the US Liaison Office), which saw four ambassadors pass through over an eighteen-month period. This was exacerbated by the number of commanders to Combined Joint Task Force 180, which further inhibited personal relationship building. However, the arrival as CFC-A commander of Lt. Gen. David Barno and US Ambassador Zalmay Khalilzad in October and November 2003, respectively, “built a true interagency team.”

The new leadership duo operationalized basic, yet essential concepts such as collocating senior diplomatic and military leaders and prioritizing consensus building, and joint planning in support of the ambassador’s directive contributed to greater integration. In a 2006 article in Joint Forces Quarterly, Tucker B. Mansager concluded that nearly all lessons learned during the stewardship of Barno and Khalilzad “were influenced by physical proximity and its beneficial effect on personal interaction and coordination.” The United States and its coalition partners made a conscious decision to physically and overtly situate senior diplomatic and military personnel together. These simple, yet calculated strategic measures sent powerful nonverbal signals of strategic commitment to a wide audience, including coalition partners, the provisional Afghan government, and the Afghan people. Equally it signalled to the Taliban, the Haqqani network, Hizb-I Islami Gulbuddin, and al-Qaeda, as well as regional sovereign state belligerents, that a structured and coordinated transition to stabilization would build upon the combat success of conventional and special operations forces had achieved since October 2001.

Fourteen years later, another US-led coalition aims to transition to a stabilization phase in an extremely complex area of operations. The transition is a result of the liberation of the majority of the territory once controlled by ISIS. Lt. Gen. Paul E. Funk II, commanding general of CJTF-OIR, declared on January 1, 2018 that “during 2017 over 61,500 [square kilometers] of territory was liberated from Daesh across Iraq and Syria, meaning more than 98% of the land once claimed by the terrorist group has been returned to the people.” One of two coalition lines of effort in this phase (Phase IV of the CJTF campaign design) aims to achieve its stabilization objective by “maximi[zing the] effectiveness of Coalition contributions.” Synchronizing and unifying the diplomatic and military efforts of an international coalition that boasts seventy nations (as well as NATO, the Arab League, the European Union, and Interpol) is an essential first step in this line of effort.

Similar to CFC-A, physical proximity, increased bilateral and multilateral dialogue, strategic transparency, and adroit engagement in the area of operations will demonstrate to both partners and regional antagonists that the coalition is pursuing a unified strategic objective—stabilizing the JOA in the short term—as well as shaping the medium-term political environment. The Syrian civil war and the rise and fall of the Islamic State in Iraq and Syria since mid-2014 demonstrate the need to synchronize diplomatic and military efforts pursuant to an unambiguous political objective  For example, the United States and the broader OIR coalition view favorably efforts by Turkey to counter Russian-led offensive operations in western Syria which violate the previously negotiated de-escalation zones. However, the same cannot be said of Turkey’s decision to stop the establishment of what Turkish President Recep Tayyip Erdogan labels a US-created “terrorist army” on its border in reference to the US-led coalition efforts to stand up a 30,000-strong border protection force based on the Kurdish People’s Protection Forces-dominated Syria Democratic Forces. As a result, our ally Turkey is engaging in activities which align directly with the interests of Russia, Iran, and the Syrian regime, and against the interests of senior coalition partners. Unsurprisingly, Russia, Iran, and the Assad regime are using the opportunity to both continue an effort to improve relations with an important regional actor, as well as derail US regional strategy, by backing Erdogan’s tactical pivot and subsequent mobilization of Turkish forces.

The effort to establish the border protection force to stabilize recently cleared areas in Syria’s north and northeast aligns with the second, and parallel, line of effort in the CJTF-OIR campaign design, which aims to “enable sustainable military partner capacity in the CJOA [combined joint operations area].” The CJTF-OIR press office emphasizes that “the Coalition’s contribution will be largely through continued training of the ISF [Iraqi security forces] and the SDF [Syrian Democratic Forces], who will provide security for their people and their national borders. The Coalition will build on the training that has already been delivered to over 126,500 Iraqis and more than 12,500 Syrians to date.” Coalition capacity-building efforts have prioritized various covert equipping activities, along with formal Train, Advise, Assist, Accompany, and Enable (TA3E) missions. While often portrayed, incorrectly, as “using proxies,” capacity-building missions seek to establish a sustainable and capable (usually host-nation) security force. As a dedicated and tested line of effort in a military strategy, capacity-building efforts are an acknowledged “pillar” of US national security and foreign policy, as well as well as “a critical tool in the U.S. diplomatic toolbox.” More importantly, these efforts build confidence as well as capacity—confidence within the forces stood up, and among senior partners regarding the utility of capacity-building programs. Again, just as CFC-A in Afghanistan integrated diplomatic and military efforts and leveraged personal relationships during a strategy transition from major combat operations to a stabilization mission, a similar framework should be operationalized in the current JOA in the Levant.

Existing personal relations generated through professional military education, military exchanges, or prior coalition experience prove invaluable in both the form and function of interstate (as well as interagency) security-oriented, cooperation-based initiatives (in formal alliances or ad hoc coalitions). A 2013 conference report on civil-military engagement concluded that personal chemistry and existing relationships between combined and joint personnel are essential during each of the operational plan phases, especially stabilization efforts. This point is usefully illustrated by the Syria Transition Assistance Response Team (START), “an innovative model for diplomacy in dangerous environments” under the auspices of the Department of State. START forms part of a multifaceted US response to the Syrian civil war and its associated counter-ISIS strategy, and integrates the Departments of State and Defense, USAID, military personnel, as well as personal services contractors, “into a cohesive unit to provide humanitarian and transition assistance inside Syria and relief to Syrian refugees in Turkey.” US Army Maj. Nicole Alexander, who served in START, stressed that personal relationships within the team helped to consolidate the initiative from its inception. Trust networks were built on the foundations of previous interactions in similar situations, therefore START personnel “knew what to expect from each other,” and the “information-sharing, collaboration, and synchronization among people and organizations was immeasurable.”

In late 2017, Secretary of Defense James Mattis noted that there would be an increase in the number of US diplomatic and other civilian personnel such as contractors in 2018 as the mission in the region transitioned to a stabilizing and rebuilding phase. Exact numbers, military and civilian, are difficult to ascertain, as are the seemingly divergent strategies of the coalition. The acting assistant secretary of the Bureau of Near Eastern Affairs, Ambassador David Satterfield, declared that “the regime and the regime’s supporters cannot declare a victory solely based on a map and colors of positions on the ground,” yet these are the exact metrics which have been used by coalition representatives. Moreover, the majority of those engaged in the JOA advocate for, or at least pay lip service to, a formal, structured, and legitimate political process to end the Syrian civil war and the increased independence of the al-Abadi government in Iraq, as a precondition for a dedicated reconstruction effort. These political objectives cannot be designed, implemented, and achieved without a serious reduction in violence, and an increase in engagement with all stakeholders. Moreover, the mission to defeat ISIS may compete or even run counter to international initiatives to end the civil war in Syria.

Leaving a legitimate policy and strategy debate aside, progressing CJTF-OIR’s parallel lines of effort in 2018 requires a synchronized and unified coalition approach. The theory behind this approach, as well as practical examples which legitimize the framework have been presented previously. Therefore, an evidence-based argument can be made that simple, yet strategically significant efforts, such as collocating senior civilian and military personnel yields significant strategic and tactical results. Coalition stakeholders should actively seek to improve unity of effort by setting the conditions for increased collaborative planning across interagency organizations and mission partners for any given mission set. A central component of this approach demands fully integrating and coordinating diplomatic and military leadership within the coalition. This elementary, but proven initiative enhances the coalition’s capacity to prosecute Phase IV operations in the JOA and is vital to mission success in Iraq and Syria. 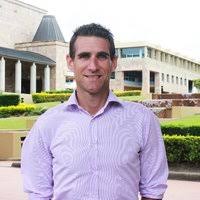 Patrick Blannin (@PatrickBlannin) is a PhD Candidate, teaching fellow, and research assistant at Bond University, Queensland, Australia. Mr. Blannin’s doctoral research focuses on the role and scope of defense diplomacy in contemporary counterinsurgency and counterterrorism. He has published a research monograph titled Defence Diplomacy in the Long War (Brill) as well as peer-reviewed journal articles on topics related to transnational terrorism (organizations, funding sources and counter-measures).