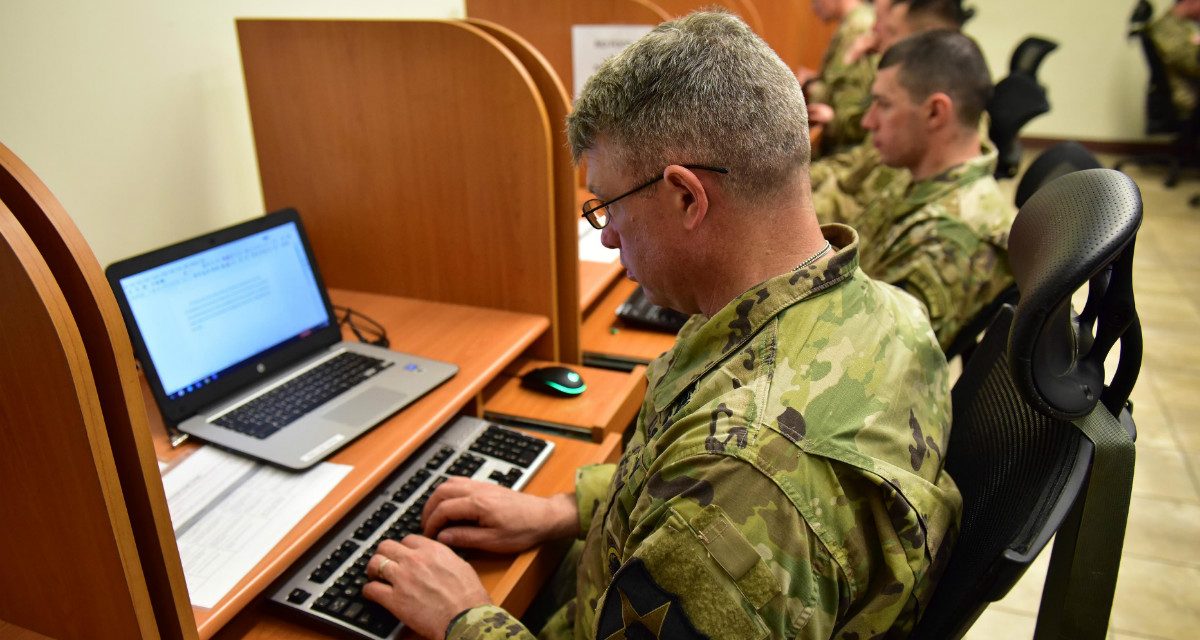 It’s the infamous Charge of the Light Brigade. In October 1854, during the Crimean War, British and French forces initiated a siege of Sevastopol on the Crimean Peninsula. The Russians occupied an area known as the Causeway Heights, a stronger defensive position than the British and French forces anticipated. The British commander, Lord FitzRoy Somerset Raglan, reacted to the Russian move into the Causeway Heights by planning a counterattack. When he saw that Russian forces were recovering captured artillery from overrun Ottoman positions, Raglan issued a hasty order. He ordered his cavalry to “advance rapidly to the front . . . and try to prevent the enemy from carrying away the guns.” But from their vantage point the cavalry could not see the guns to which Raglan referred. The Light Brigade ended up launching a frontal assault on Russian positions. The unit made no decisive gains and was more than decimated, suffering a 40 percent casualty rate. All this, because of a failure to clearly communicate.

Most military miscommunications are not nearly as consequential or as tragic as was the Charge of the Light Brigade. Poor communication does, however, slow or stymie operations, and it frustrates personnel daily. Over the years, the American military has emplaced a series of stopgaps to prevent miscommunication among and within ranks, particularly when it comes to writing.

I often overhear my colleagues complain: “Army writing ruins your writing skills.” They cite guidance in Army regulations like “use short words” as evidence that Army writing is not smart writing, and they complain that that the Army’s standard formatting is unnecessarily restrictive. These popular conceptions are false. Army writing is clear, concise, and accessible—qualities widely accepted as indicators of good writing across industries. Moreover, its style is deliberate and necessary, for it enables the effective execution of military operations.

The Plain Writing Act of 2010, in part, governs Army writing. It mandates that executive agencies follow and teach “plain language.” This mandate includes a number of writing rules for bureaucrats—using the “familiar word” over the far-fetched word, for example, and the short word over the long word. Choosing the familiar, short word increases text’s accessibility, opening it up to a wide audience—like an organization as diverse as the Army—of varying backgrounds and education levels. The communication style that these rules enforce can save money and increase efficiency, according to the US Office of Management and Budget. Such a writing style is also not unique to government writing; most are in line with general writing rules embraced by expert writers like H.W. Fowler or Ernest Hemingway. As Henry Alford writes in The Queen’s English (1864),

Be simple, be unaffected, be honest in your speaking and writing. Never use a long word where a short one will do. Call a spade a spade, not a well-known oblong instrument of manual industry; let home be home, not a residence; a place a place, not a locality; and so of the rest. Where a short word will do, you always lose by using a long one. You lose in clearness; you lose in honest expression of your meaning; and, in the estimation of all men who are qualified to judge, you lose in reputation for ability.

In addition to protesting the plain Army writing style, many also critique the Army’s strict formatting rules. Two spaces should follow each end-of-sentence punctuation. Only up to three subdivisions should be subdivided. Tabs are 0.25 inches. To follow all these rules requires exceptional attention to detail, and it’s a pain in the neck. But these rules allow readers to read through documents faster. Readers know precisely where to find whatever they’re looking for—its topic, signature block, or commander’s intent.

To be sure, Army writing is not fun or interesting. It is stark, restrictive, and dry. But to say that the style is bad or that it ruins one’s writing skills is to misunderstand writing as a medium of communication. Beyond basic universal rules like clarity and concision, prose should vary considerably depending on audience and message. The styles and tones of an academic article, a blog post, an op-ed, or a magazine exposé differ considerably—this does not mean some are bad writing and others good. Rather, the style best captures what the author is trying to say and to whom the author is saying it. To claim that an Army memorandum is poorly written because it does not follow all the same rules as, say, an academic article is like saying that someone is inarticulate because they do not speak to their grandma the way they speak when giving a lecture. Furthermore, Army writing’s plain style does mean that it is “easy” to write in. I wrote brigade fragmentary orders for months, and I never got a first-time-go on any of my drafts. Writing is tough, regardless of the style.

The Army writing style isn’t just good; it’s also necessary for the effective communication of operations, whether it be in the form of doctrine, regulations, or field manuals, as the Military Writers Guild has pointed out. Doctrine provides practitioners the fundamental principles of their crafts. So the language of doctrine, then, must be simple and clear. The same goes for operations orders.  Commanders dictate their subordinates’ left and right limits primarily through these written orders; likewise, subordinates receive their orders in this format. Poorly written operations orders, then, at best frustrate and at worst thwart the mission. It is thus imperative that personnel write abundantly clear and accessible orders that anyone who needs to read them can understand.

Communication in the US military was not always standardized. It wasn’t until the turn of the century that the US military codified the standard field order  and doctrinal terminology. According to Matthew Swift, a standard, five-paragraph field order was introduced in 1897 by Capt. Eben Swift in the Cavalry Journal. In 1906, it was approved by the War Department and incorporated into US Army Field Service Regulations. The field order format was reworked after the First and Second World Wars and Vietnam, evolving to the order format outlined in current doctrine. Although the content of standard orders has changed significantly over time, principles of concision and clarity remain constant.

Despite the Army’s efforts to outline principles of good communication, personnel still struggle to communicate. From convoluted PowerPoints to insufficient concept-of-the-operation slides to laughably long operations orders, it’s no secret that streamlined, digestible communication is difficult for many in the military. As some have pointed out before, Army personnel need to practice “articulating their visualization of operations in time, space, purpose, and resources.” Rather than complain about the Army’s writing style, personnel should instead hone their skills. Practice writing with emails. Journal. Volunteer to edit others’ orders and CONOPs. Volunteer to brief more often.

In addition to practicing the standard communication formats already in place, critics of Army writing can consider how to modernize the Army’s means of communication. One problem with the current garrison operations order, for example, is that it is one-way communication. It is easily disseminated down the chain of command, but there is no system in place for ensuring receipt of the order or for checking up on completion of the tasking. Back briefs work great for ensuring information is understood, but not so much for task tracking in real time. Those who think Army writing needs an update could also explore ways the Army can incorporate collaborative software like Trello into the orders and task-tracking process. This would allow consolidate feedback from subordinates to their higher headquarters, providing the commander organized feedback on what his or her subordinates had and had not yet received or completed in real time.

No writing, ultimately, is without purpose. Army writing’s purpose is to clearly and effectively communicate—something integral to enabling military processes. And the importance of doing it well should not be taken for granted.

1LT Caroline Bechtel is an intelligence officer in the US Army. Follow her on Twitter at @cbechtel17. The views expressed are those of the authors and do not reflect the official position of the United States Military Academy, Department of the Army, or Department of Defense.