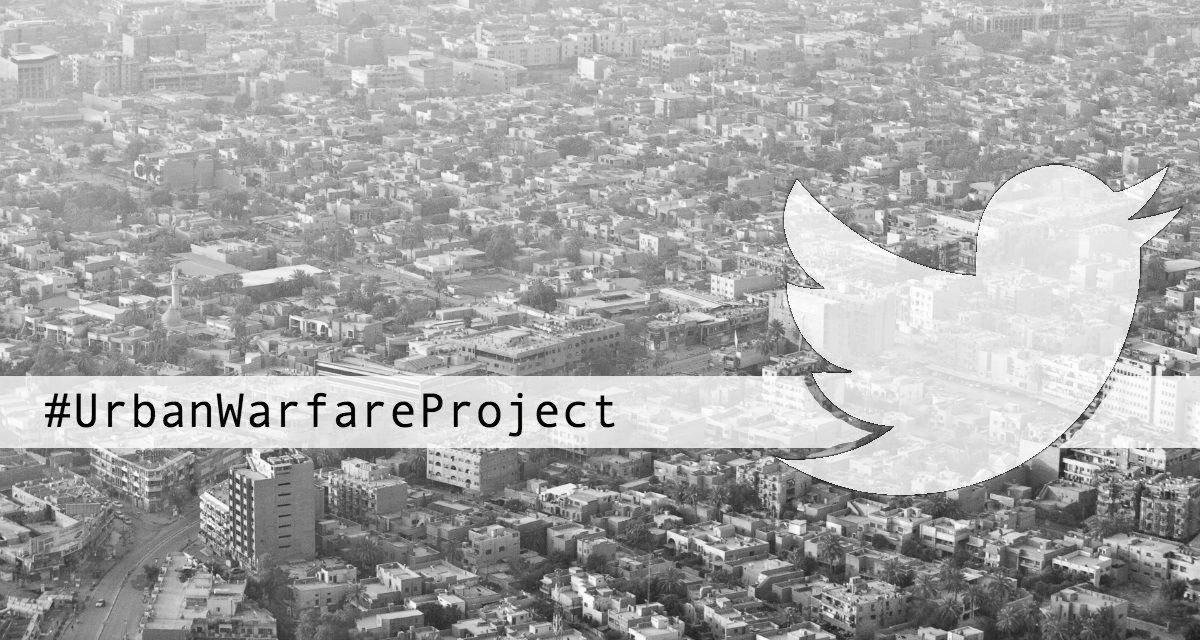 We’ve published a number of articles on the unique characteristics of military operations in dense urban terrain. We also recently launched the Urban Warfare Project, which will continue to develop as a dynamic home for even more content we have in store. In conjunction with the project’s launch, we recently asked readers to weigh in on Twitter and describe the challenges and qualities of urban warfare. After asking a number of experts to read through the hundreds of tweets, we’ve selected some of our favorites.

What do you think? Is there something the tweets don’t capture? Let us know in the comments below or on Twitter.

Sea of people_forest of buildings, windows, alleys all suffocating. Look to the front, up, down, back. Combat in hell #UrbanWarfareProject https://t.co/k5Z0G045PS

A much more complex 3rd dimension than that in a conventional battlefield, given it can be made up of different layers #UrbanWarfareProject

Bang. Is that a drone? Strange to think this is someone’s house. Fuck. Whoosh. Damn these military tablets break easy #Urbanwarfareproject

Complex operations in a 4-D environment with innumerable variables being watched by the entire world. Tread lightly! #UrbanWarfareProject

Hyper-connect areas w/ 1000s of #AI programs will resist disruptions in unexpected ways. A city may “defend” itself. #UrbanWarfareProject

Ubiquitous sensors – including population. Spoofing as important as hiding. Population a potential weapon to exploit. #UrbanWarfareProject

Not to mention the fact that evacuations and such attempts to limit collateral damage would be futile. Carnage abounds #urbanwarfareproject

Urban Warfare is the “Rubik’s cube” of battlefield engagements. It can only be won by a predetermined strategy; turn by turn by turn. #urbanwarfareproject

#UrbanWarfareProject Large armed organized group, like police enforcement, criminal orgs, and gang, have to be factored in war plans.

#UrbanWarfareProject. The Humans living in them. Capable of good and evil. Capable of shifting loyalty. Like 1M John le Carre novels.

Weaponized hyper-connected media in the hands of the enemy, undermining mission legitimacy, the forces, & leadership #UrbanWarfareProject

Roles to blur further, but imagining operating in other countries, not own. Level set capabilities for police/mil? #urbanwarfareproject

In current mega-cities clear frequency is already an issue, add ground clutter, and other interference… #urbanwarfareproject