I Was a US Liaison Officer to Lithuania. Here’s What I Learned. 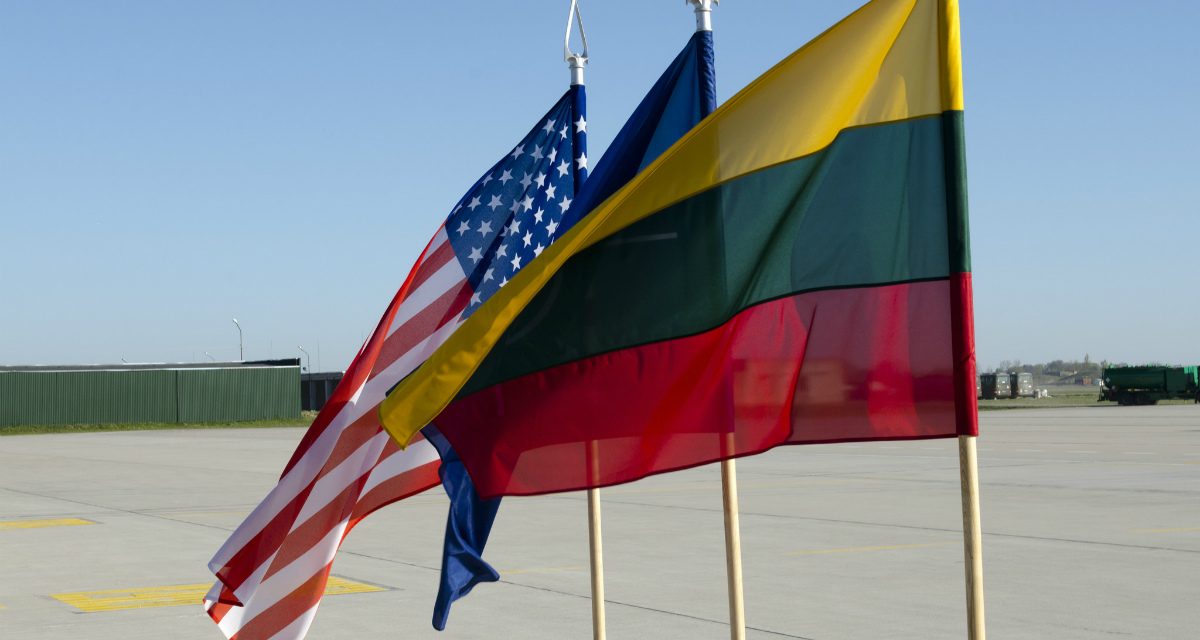 Imagine a combined arms breach on unfamiliar terrain, an allied battalion rolling forward in the lead to open a lane for US forces. All is going well—until it’s not. Withering enemy fire pins down the allied battalion, and comms between the commanders, never great to begin with, are completely down. Decisions hang in the balance: Do we commit the reserve company? Do we select an alternate breach site? In this moment of crisis, the US brigade commander turns to the one person ready to provide the timely, concise and accurate report needed for his next critical decision: his liaison.

Liaison officers, in their most basic role, represent a commander or staff officer. These officers facilitate communication between organizations and provide commanders with relevant information and answers to operational questions, thus enhancing the commander’s situational understanding. And in the context of future warfare against a determined, near-peer enemy on unfamiliar terrain, the US Army will rely heavily on a network of liaisons spread throughout the battlefield to maintain continuous communication and coordination with allied forces.

The most important task of the sending unit is the selection of soldiers best qualified for liaison duties. FM 6-0, Commander and Staff Organizations and Operations lists several important qualities for an effective liaison. From my own experience as the Lithuania liaison to the Atlantic Resolve Mission Command Element, the most important (and unlisted) quality is the ability to be a sociable, outgoing problem solver. Liaisons must be willing to act as the central hub of communication and information between their sending unit and the multitude of units and organizations the commander and staff need access to.

Whereas most staff assignments require officers to dedicate their time fixed in place, building products and orders, the effective liaison should spend relatively little time in the office. Rather, the bulk of effective output for a liaison will be achieved by building relationships with numerous commanders and staff officers at multiple locations. Rapport is built by sitting face to face with your counterparts, understanding their organizational structure and listening intently to their concerns. By doing so, I found that these officers will key you in to other problems, concerns, or opportunities that you would never be able to identify, much less understand, without a robust relationship. Commanders dispatch liaisons because of the inherent difficulties in communication, so units should select liaisons who they feel will be constantly moving on their own initiative from one meeting engagement to the next, not fixed at a desk trying to solve problems through email. The most effective weapon of a liaison is timely, accurate, concise, and pertinent information available to give to a command and staff team, gained through candid, face-to-face discussion with the host-unit counterparts.

Relationships with the Sending Unit’s Staff

Army formations will benefit most from their liaisons by utilizing a select staff officer to receive all liaison information through a regular reporting requirement. This staff officer must become familiarized with the duties of liaisons, and liaisons must be vigilant in providing pertinent updates especially when time sensitive. Additionally, this staff officer must assist the staff by promoting liaisons’ ability to answer specific RFIs (requests for information) about the liaisons’ respective areas of responsibility. Examples of RFIs from the staff can include training range capacity, road or rail capability for movement, available supply stocks (for training and other operations), and task organization and capabilities of allied forces, among other pertinent questions. FM 6-0 provides a robust list of questions every liaison should be able to answer for the staff and commander. During their first visit to the Lithuania for collaborative staff discussions, a few staff officers from the Mission Command Element (MCE) remarked how much it would have helped to know weeks in advance that they had dedicated liaisons who worked for the same commander!

Relationship with the Commander

The liaison, as the personal representative of the commander, must earn the trust of the command and staff to speak confidently on their behalf, while being tactful given the liaison’s own limited rank. When the commander prepares to conduct battlefield circulation in the liaison’s area of responsibility, the liaison must be able to use his or her own hard-earned knowledge of the host to place the commander in front of the right people at the right time. As the sole 1st Infantry Division soldier in Lithuania, I was responsible for building the commander’s schedule, utilizing my own expertise and the advice of senior foreign area officers (FAOs) at the US embassy in order to meet the commander’s desired endstate. Neither the commander nor his staff could be expected to have the same detailed country expertise as these FAOs or myself. That was why I was there in the first place. This is where a pre-established reporting channel with a sending unit staff officer (and commander’s aide), along with a robust relationship with the receiving unit counterparts (State Department, FAOs, host-nation armed forces, etc.), bring strategic results. These results take the form of detailed multinational training exercise coordination and collaborative collective defense planning.

Going forward, future MCE liaisons must take the time to determine how they would best employ themselves for their commander in a combat environment. It is the responsibility of the incoming liaison to arrive prepared to assume his or her duties (refer to the recommended packing list from FM 6-0). They must be prepared to rapidly find answers to key questions for the command and staff. These include whether the liaison needs to relocate and attach to particular allied partner headquarters (if, and when appropriate), how the liaison will communicate between the sending unit and the receiving unit in a tactical environment, and what information requirements the sending unit commander needs to know before making critical decisions. These questions must be addressed in close coordination with all parties involved, well in advance of a crisis.

Upon completion of liaison duties, the officer’s responsibilities are not complete until he or she execute a series of final tasks, the most important of which is to “clearly state what they did and did not learn from the mission.” The importance of this cannot be overstated. Liaisons, by virtue of their unique experience with a different unit, on terrain far from their headquarters, will have amassed a wealth of critical knowledge for the command and staff to consider in future training and operations.

While US-based units may not have the liberty of training liaisons at home station, it is important for deploying unit staff sections to quickly prepare for maximum effective use of liaison capabilities. Doing so will ensure timely, accurate, and pertinent information makes it to the command and staff, further enabling the employment of a combined arms team in decisive action.