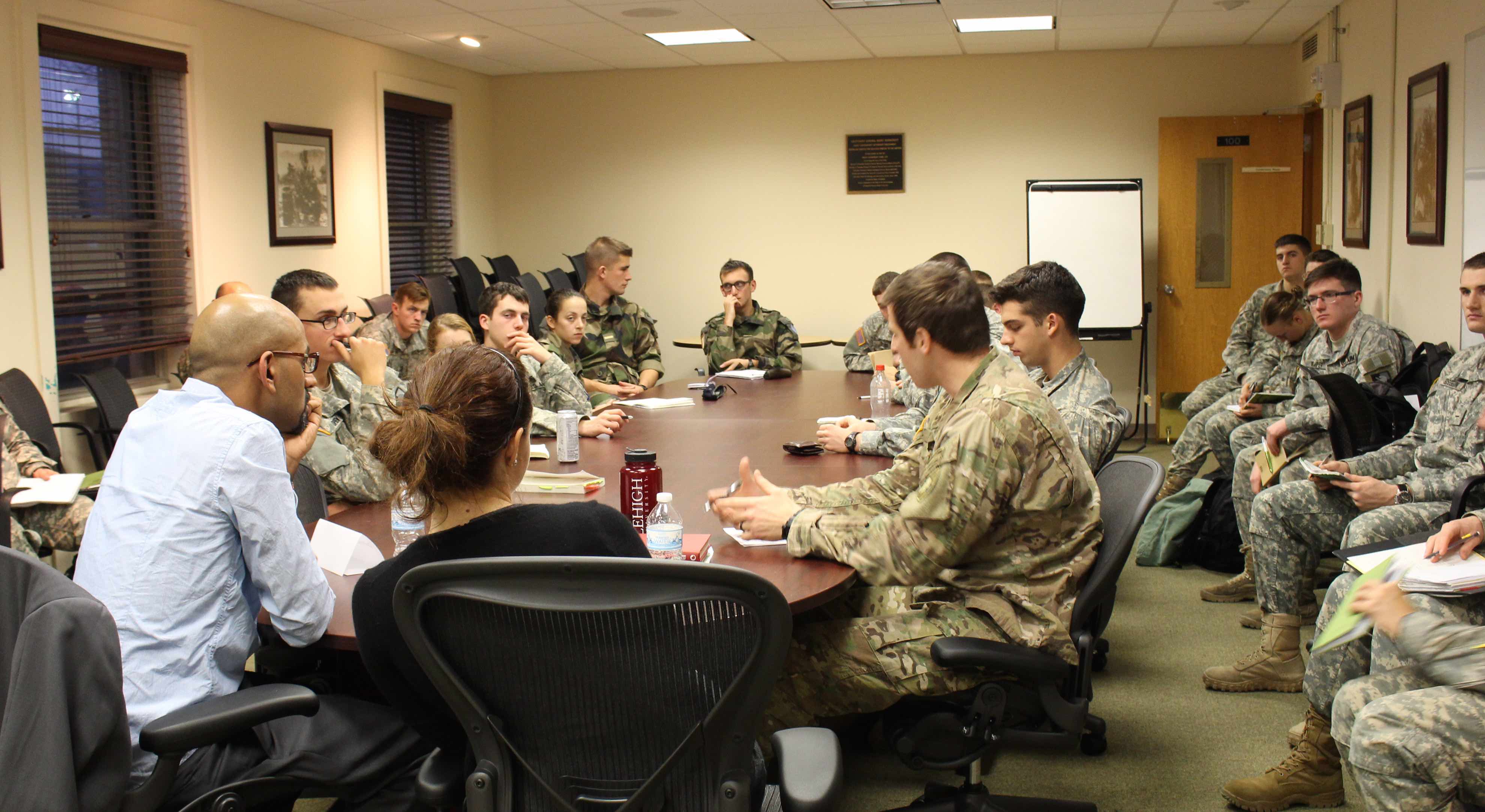 On Monday, November 16, Zachariah Mampilly, author of the book, Rebel Rulers, and professor at Vassar College, addressed a roomful of cadets as part of a MWI panel cosponsored with West Point’s Irregular Warfare Group. Mampilly was joined by Bridget Coggins of University of California Santa Barbara, an expert on non-state actors, piracy, and failed states. They both discussed the difficulty of countering groups like the Islamic State in light of the Paris attacks and what the significance of rebel governance is when crafting a counterterrorism strategy.