Vehicle Ramming, from the Middle East to Charlottesville: How do Tactics Spread? 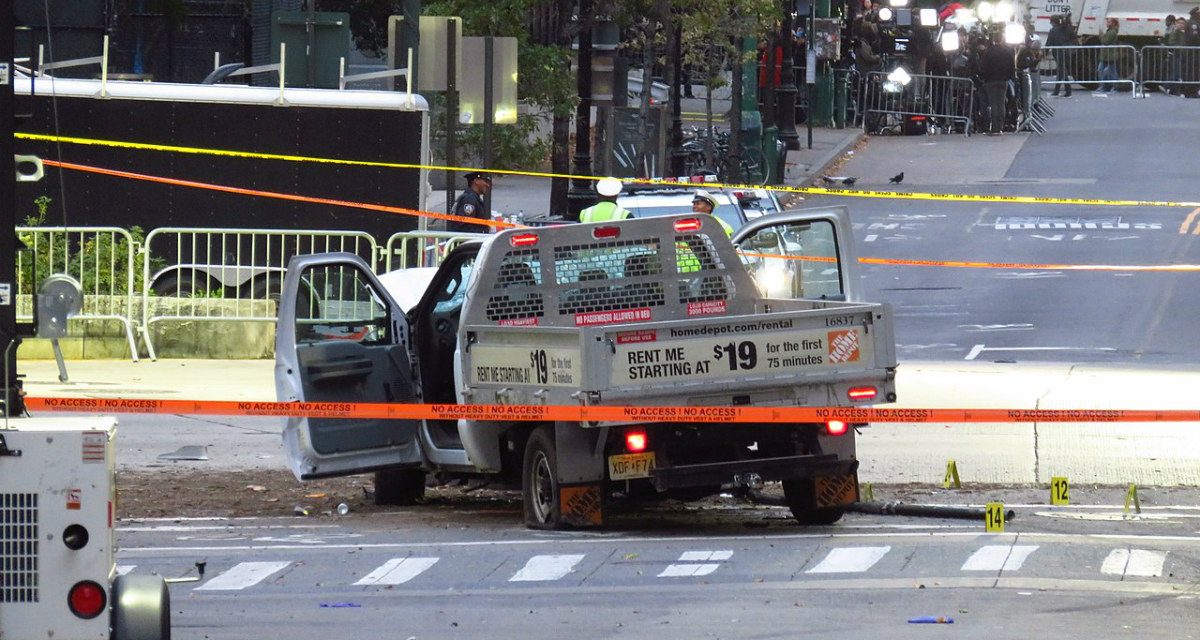 Abdelrahman al-Shaludi was from Silwan in East Jerusalem. James Fields was from Ohio. One was associated with Hamas and the other with white supremacists.  The two have very little in common, except one thing: both chose to turn a car into a weapon.

Despite their differences, their decisions to weaponize their vehicles bookended the spread of vehicle ramming as a tactic. How can we understand the process by which an attack type popularized in the West Bank became the tactic of choice for a white supremacist in the United States? The best way to do so—and to predict the spread of new tactics—may come from an unconventional source: epidemiology, the science of the spread of disease.

Before anyone with an MPH objects, I am proposing borrowing some of the language and concepts of epidemiology, not its mathematical and biological models. Epidemiology’s focus on understanding diseases’ transmission, as well as providing early warning of transnational dissemination, will be helpful in providing security forces and planners new ways to describe the operational environment and prepare for potential threats. Through this, we can understand the vectors by which tactics spread and become popular and perhaps predict the trends to come. Applying epidemiological concepts to the spread of vehicle ramming demonstrates the utility of such an approach. Although it was developed specifically with terrorist groups in mind, its applicability is larger and likely applies to the spread of both violent and non-violent tactics in general.

We currently lack a lexicon with which to describe the spread of a given tactic and its growth in popularity. When analysts focus on the evolution of a group’s tactics they tend to concentrate on adaptation within the group, the intentional spread of a given method of attack and who is disseminating lessons about it. Alternatively, some focus on innovation within a given conflict. None of these foci capture the transnational and transregional nature of adaptation or the phenomenon of unconscious adaptation, in which an actor copies a tactic employed by another without making a conscious decision to mimic. By applying an epidemiological perspective we can better describe the ways in which tactics move from one conflict to another and cross geographical and cultural lines, as well as predict unconscious adaptation. Significantly, use of an epidemiological lens will allow for a better description of the operational environment and provide warning that a given tactic may spread from one operational environment to another.

According to the US Centers for Disease Control (CDC), the lowest stage of frequency of a given disease is that of a sporadic disease. A sporadic disease is one that occurs infrequently and irregularly. When it comes to vehicle ramming this description matches the period prior to 2014. According to data from the Global Terrorism Database, as early as 1970, militants employed car-ramming attacks, but through the 1990s they were rare and lacked any form of geographical or ideological concentration. There were occasional local spikes in the use of the tactic, including two attacks in Israel in 1991 and two in Haiti in 1994. However, at this point, without any specific intelligence there was no reason to assume a given group would employ the tactic in any given operational environment.

Late 2013 through 2014 saw a transition in Israel and the Palestinian Territories. What happened was the formation of a cluster. According to CDC, a cluster refers “to an aggregation of cases grouped in place and time that are suspected to be greater than the number expected, even though the expected number may not be known.” Although in the early 2010s there seems to have been an overall increase in the frequency of car-ramming attacks, it had not broken beyond the pattern of only one to two a year in particular locations. From mid-March through November 2014, there were six attacks using this tactic in Israel and the Palestinian Territories. Once a cluster has been identified, it should serve as a warning sign that a particular tactic is likely to continue and may spread to other groups in a given area of operations, especially if the tactic is particularly effective or receives significant coverage. Those countering the tactic should at this point expect that if nothing changes, the use of the tactic will continue in the area and its employment will likely expand.  The existence of clusters should serve as a warning sign indicating the possibility of an outbreak.

The next stage of tactical dissemination is that of an outbreak. According to CDC, outbreaks occur when an agent and susceptible hosts are present in adequate numbers but in a geographically limited area. In the case of tactics an outbreak could be defined as a situation in which a tactic becomes one of the preferred tactics in a given area of operation or of a given group. In the case of vehicle ramming, by late 2014 the cluster had expanded into an outbreak and vehicle ramming represented a significant proportion of attacks in the Israel and the West Bank. In 2013, the tactic was used once, in 2014 it jumped to six times, while 2015 saw thirty-six such attacks. During an outbreak, the use of the tactic in question will likely spread within the operational environment across all militant groups regardless of ideological differences—as happened with vehicle ramming in Israel and the West Bank.  The attacks of this period also received significant attention in both traditional and social media, which helped spread the outbreak.

Just as in epidemiology, where an outbreak in one area triggers concern in neighboring regions, so too should an outbreak in one operational area serve as a warning to other, geographically related areas. Thus, at this point the outbreak in Israel should have indicated the likelihood that the tactic would spread, at least elsewhere in the region. Here an understanding of vectors is key. A fairly broad definition of a vector is that it is a carrier that transmits a given infectious agent between organisms. For the purpose of understanding tactical dissemination, vectors are those entities that carry tactics from one operational environment to another or from one organization to another. There are three types of vector: those organizations or groups that are present both in the environment affected by outbreak and other unaffected regions, those groups in direct contact with an organization affected by the outbreak, and groups who pay significant attention to the area of operation wherein the outbreak is occurring. Direct contact can come through sharing training facilities or having a similar state sponsor.

When a tactic reaches the point of outbreak, potential vectors should be monitored for dissemination as they can spread the outbreak to non-geographically related operating environments. Similarly, forces in areas where vectors are present should be on alert for the introduction of the tactic to their environments. Media and social media coverage can also act as a vector showing the success of a given tactic to a worldwide audience. This allows for conscious adaptation, wherein an individual or group introduced to a tactic through media may choose to emulate it. Significant media coverage also provides another warning sign. The more coverage a tactic receives in media accessible in an operational environment, the more likely it is for the tactic to spread to that area. In the case of vehicle ramming a primary vector was ISIS. After the outbreak started in Israel and the Palestinian Territories, ISIS began to produce videos calling for vehicle ramming attacks in Europe. These videos amplified the coverage already going to the attacks and hastened the spread. Although, AQAP had suggested such attacks in 2010, their propaganda predated the birth of the outbreak and seems to have had less effect. With vehicle ramming attacks in Canada, France, and elsewhere around the world by the end of 2015, the tactic of vehicle ramming had reached another threshold; that of pandemic, or an outbreak that occurs across multiple countries or continents.

At the point where a tactic reaches pandemic proportions it should be expected to appear in all operating environments. Through sufficient traditional and social media attention, as well as intentional adaptation, the tactic can reach the level of hyperendemic. In epidemiology this refers to when a disease reaches a persistent high level, such as the cold or flu. Tactics reach hyperendemic levels when global unconscious adaptation occurs. In these instances the tactic has entered the background of societal thinking in a manner similar to drive-by-shootings or IEDs. This means that when individuals with little to no training decide to employ violence, the tactic has become part of their basic intellectual lexicon regardless of group identity, ideology, or affiliation. Regardless of whether the tactic has yet appeared in an operational environment or been employed by a given group, it should be expected. When James Fields conducted his attack in Charlottesville, Virginia, it provided clear evidence that the tactic of vehicle ramming had reached hyperendemic proportions. At this point, if nothing of significance changes, vehicle ramming should be expected and planned for in every environment for the foreseeable future.

Employing an epidemiological perspective will give security forces and operational planners more time to prepare for the arrival of the tactic and may ultimately save lives. Understanding when the prevalence of a tactic has reached outbreak levels can provide a warning to other operational environments. Monitoring vectors can provide warning of how and where a tactic may spread and whether it is likely that the tactic will reach pandemic or hyperendemic proportions. Even if epidemiological language is not employed, there is still value in an epidemiological approach to describing the prevalence and media coverage of tactics in operating environments. The approach absent the specific terminology demands that those monitoring tactics ask a series of questions including: How prevalent is a given tactic? How much coverage has it received? Is it likely to spread? What conditions would make it likely to spread? What vectors are likely to spread it?  Where is it likely to spread? Has it spread across multiple areas of operation?

Answering and monitoring these questions will provide a mechanism for early warning of the potential spread of tactics and therefore lead to better preparation. 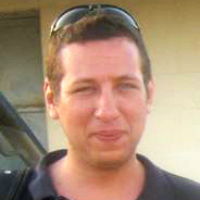 Dr. Jacob Stoil is a military historian and currently Assistant Professor of Military History at the US Army School of Advanced Military Studies (SAMS). He received his doctorate in history from University of Oxford. He holds a BA in War Studies, as well as an MA in History of Warfare from the Department of War Studies, at King’s College London. He has published on indigenous force cooperation, the Second World War, and the Israeli military. Dr. Stoil is the co-director of the Second World War Research Group (North America). He can be reached on twitter at @JacobStoil.

The opinions and conclusions expressed herein are those of the author and do not necessarily represent the views of the U.S. Army Command and General Staff College or any other government agency. (References to this article should include the foregoing statement.)