Video: The Asymmetric Warfare Group discusses the Future of War 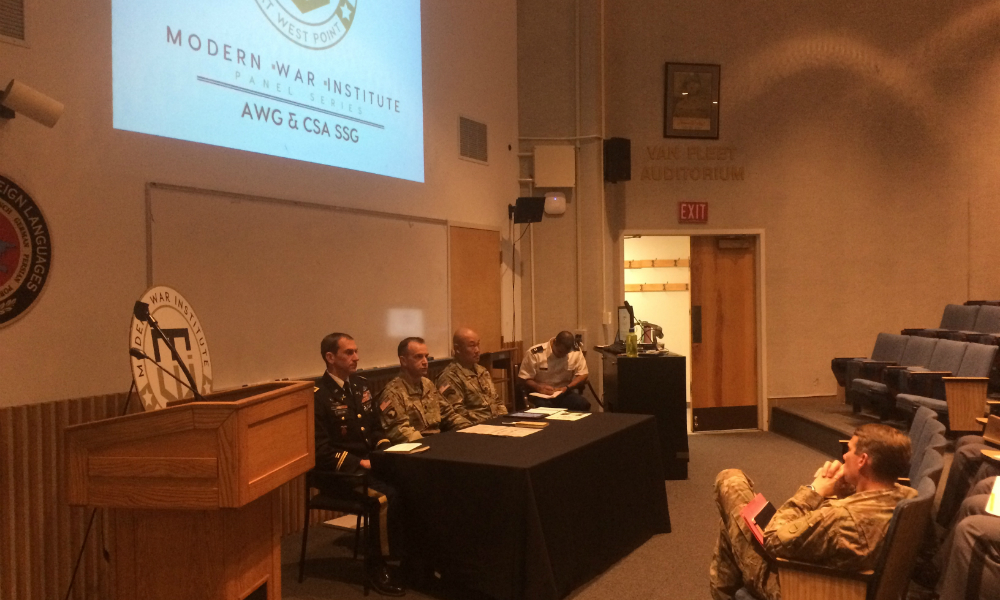 The Asymmetric Warfare Group on the Future of War, 20SEP16 from Dept of Military Instruction on Vimeo.

On September 20th, MWI hosted the Asymmetric Warfare Group (AWG) and the Chief of Staff of the Army’s Strategic Studies Group (CSA SSG) to discuss future threats with a roomful of cadets and faculty in Washington Hall. Moderated by MWI Director, COL Liam Collins, the panel discussed the future operating environment cadets are likely to face as well as potential threats.

One of the panelists, LTC Ryan Kendall from the CSA’s SSG, discussed the role the SSG plays in envisioning future conflict scenarios as far off as 2050. COL Mike Loos, commander of the AWG, divided his portfolio into three baskets of threats: current, next, and deep. The panelists discussed the importance of technology in reshaping the current battlefield of cross-domain threats, specifically the ability of individuals to assemble virtually and physically to challenge governments from Ferguson to Fallujah.