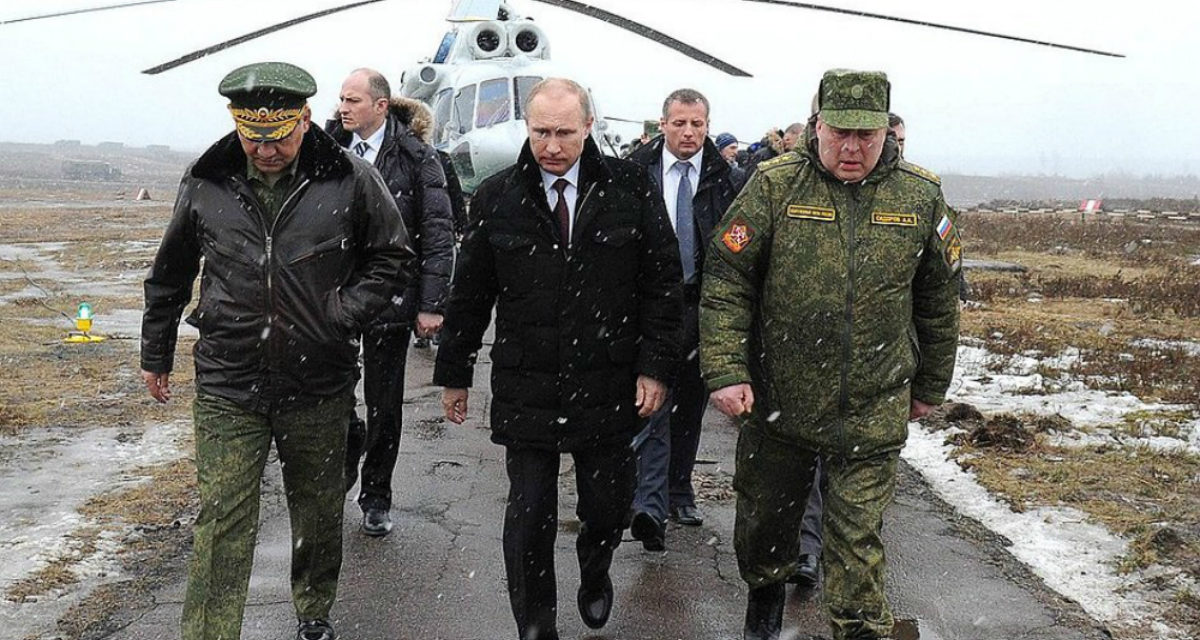 What is Russia really up to in Ukraine?

That was the question addressed during a recent event at West Point by Dr. Phillip Karber, president of the Potomac Foundation. Dr. Karber spoke to cadets and faculty about current Russian operations, the Kremlin’s ultimate objectives, and the implications for the United States of the ongoing conflict in Ukraine. His observations are based on twenty-five trips to the region, including 177 days spent with Ukrainian forces on the front lines.

Karber avoids the term “hybrid warfare” to describe Russian actions, he says, because it connotes only a narrow part of a much broader spectrum of what Russia itself calls “New Generation Warfare.” Despite Russia’s label, though, the components of the concept are not entirely new. In fact, Karber argues that the current war has striking parallels with past conflicts, most notably the 1973 Arab-Israeli War, which he studied shortly after that war’s conclusion as part of a US “lessons learned” team let by Brig. Gen. Donn Starry.

He also identifies several factors that combined to create the conditions for Russia to develop the strategy it is currently implementing. First, Karber points to weaknesses caused by the post-Cold War demobilization and loss of forces associated with the Soviet Union’s breakup; in some cases, three Soviet divisions were condensed into a single modern brigade, a force structure change that ultimately required Russian military planners to dramatically alter the way Russia would employ its forces. Second, Karber cites the 1990s Chechen wars, in which for the first time, conscripts were deliberately held back from direct action. This professionalized “tip of the spear” dynamic is playing out similarly today in Ukraine, where conscripts are often left in garrison while the remainder of combat units rotate into Ukraine.

Karber also discussed some of the tactical and technological implications of Russia’s actions. Among them, for example, is the challenge that Russian operations pose to the assumption of air superiority that the US military has increasingly operated under in our recent conflicts. In the future, he says, “a lot of the time, the air over your head is not going to be protected by your guy,” a stark departure from the experience of American ground combat forces going back to Vietnam, and even Korea.

Ultimately, the conflict in Ukraine cannot be understood in a vacuum, Karber warns. It must be viewed in the larger context of Russian actions—from intimidation to co-option of local political parties to nuclear saber-rattling—in the Baltics, Moldova, Bulgaria, and other countries in Europe. “It’s just in Ukraine where they’ve brought it all together,” Karber concludes.

Watch the full video of Dr. Karber’s remarks below.

*Editor’s note: We apologize for issues with the sound early in the video. The sound quality improves at the 3:08 mark.