Video: Max Brooks on the Importance of Championing Creativity in the Military 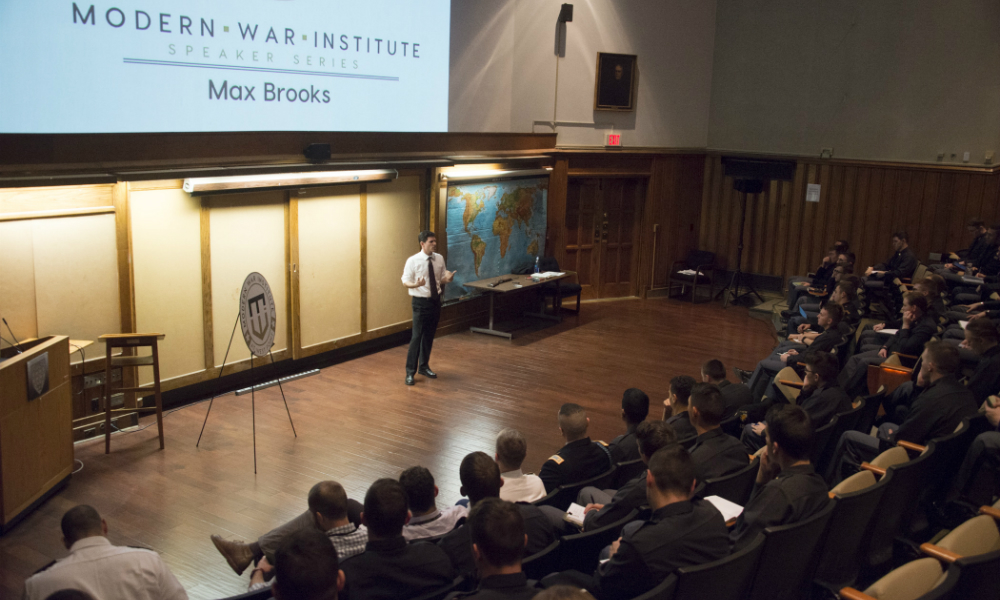 On January 19, Max Brooks, an MWI non-resident fellow and author of the New York Times-bestselling novel World War Z, visited West Point to speak to cadets and faculty about the importance of creativity in modern war. Tracing the course off some of the most important innovations in US military history, Brooks makes the case that it isn’t just the innovator that is critical, but leaders who empower creative thinking in a traditionally hierarchical and rigid organization. As war becomes increasingly complex, Brooks argues, both that creativity and the courage to champion it will be vital to success on the battlefield.

Read more about Brooks’s comments here, and watch the video of his full remarks below.