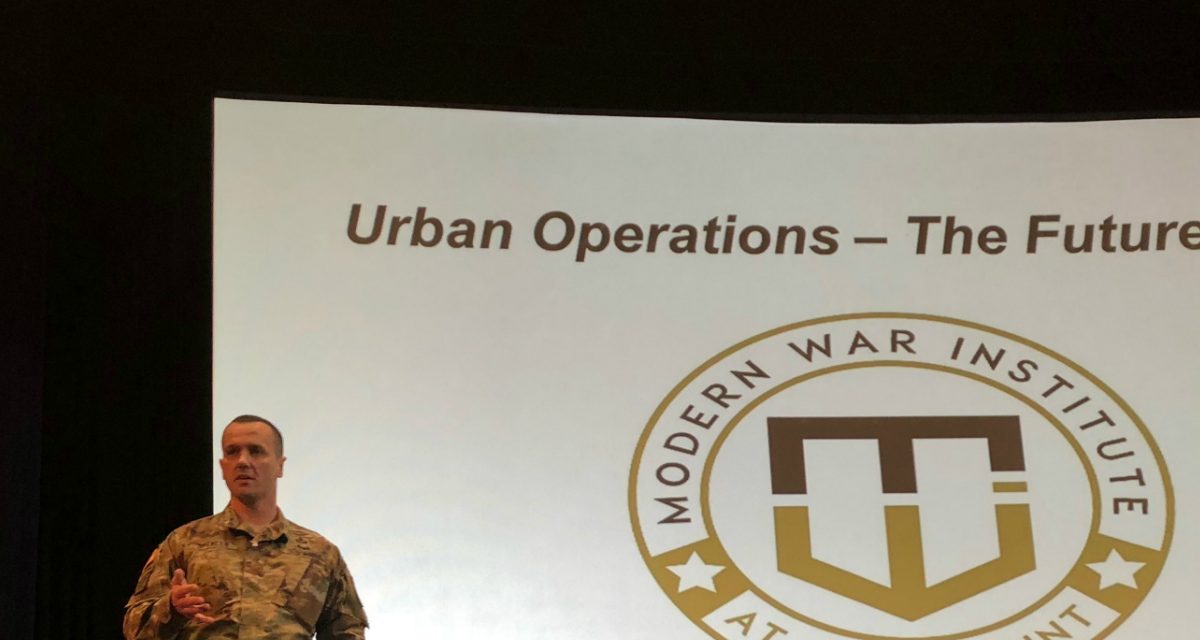 Recently, MWI’s John Spencer was invited to speak about urban warfare at the Royal Military Academy Sandhurst, at an event hosted by the Centre for Historical Analysis and Conflict Research. He describes the fundamentally unique challenges posed by cities, explains the difficulty of understanding the complex operating environment each individual city represents, and examines some of the second- and third-order effects of even limited tactical actions.

Alongside a growing appreciation, in the United States and among allies like the United Kingdom, of the increasing importance of cities and likelihood that military forces will be required to operate in them, there has been an emerging consensus that we don’t sufficiently understand them. John Spencer has been at the forefront of helping build such an understanding, and this video is an important part of the effort to conceptualize and prepare for the deeply challenging problems posed to military forces by cities.

A special thanks to the Centre for Historical Analysis and Conflict Research, a think tank established on behalf of the British Army that is playing a leading role in helping foster strong and effective strategic thinking in the United Kingdom and beyond.

Watch the video of John Spencer’s talk below.