If We Want Security Force Assistance Missions to Succeed, Give Advisers Control of the Purse Strings 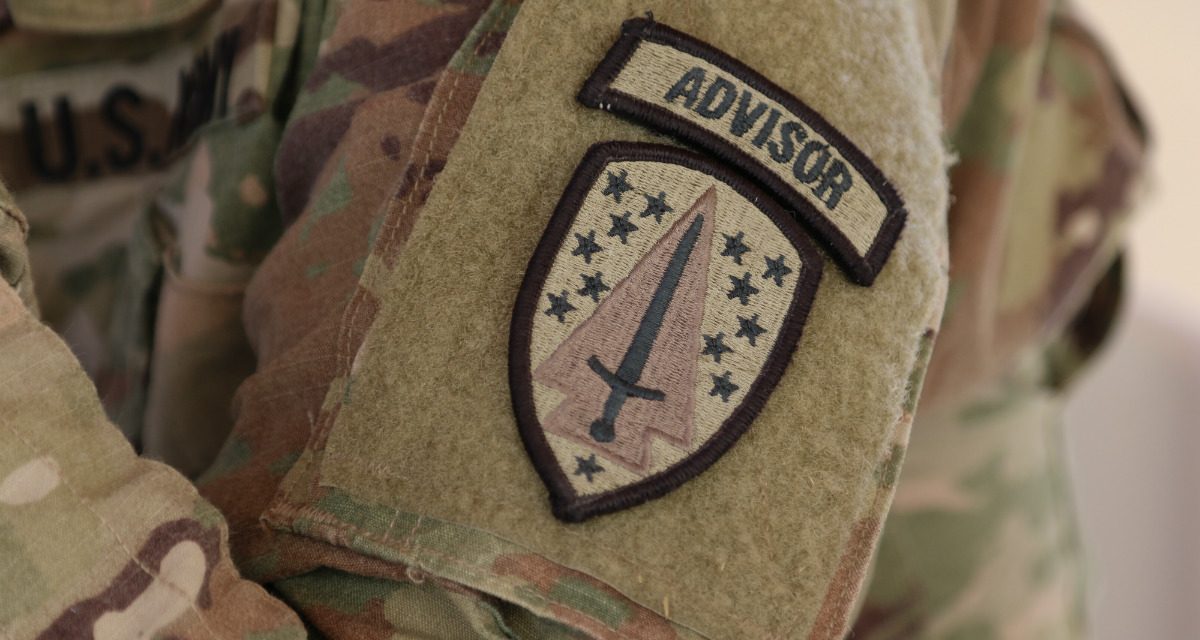 In 2009 a US Army adviser partnered with an Iraqi Army battalion hit a brick wall. The adviser had long been pressing the Iraqi battalion to conduct more offensive operations in the area it was tasked to secure, to include cordon and searches, raids, and patrols to hit local insurgent networks hard. The battalion commander resisted, arguing that unless his unit reduced the number of soldiers it had at static checkpoints, it wouldn’t have enough manpower for offensive operations. Drawing on his training, the adviser gently cajoled his partner unit to make these adjustments, but he didn’t get anywhere. The battalion commander delayed, changed the subject, and otherwise refused to cooperate. The checkpoints were ineffective, but they were relatively safe and required little planning. What incentive did he have to change course?

A consideration of partner nation incentives is central to the success of future advisory efforts, but to change these incentives advisers need the ability to provide and withhold resources in the field.

The provision of training, advice, and assistance remains a critical instrument of US foreign policy. CENTCOM commander Gen. Joseph Votel recently argued that “The US military must organize, resource, and train the joint force to operate by, with, and through with greater efficiency and effectiveness with various types of partners and whole of government involvement.” In discussing the establishment of the new Security Force Assistance Brigades, Army Chief of Staff Gen. Mark Milley similarly noted, “We are training, advising and assisting indigenous armies all over the world. And I anticipate and expect that’ll increase, not decrease, in years to come.” The summary of the 2018 National Defense Strategy similarly opines that the United States will “work by, with, and through our allies and partners to secure our interests.”

Our research examining the sources of success and failure in military advising in Iraq and Afghanistan, however, suggests that this may be a tall order. Through our separate research projects we have interviewed scores of former military advisers, conducted detailed case studies of the challenges they faced, and analyzed declassified reports advisers filled out to grade their partners’ proficiency. Partnered with foreign security forces, advising teams often encountered strong resistance to their influence. The training and doctrine that was intended to prepare advisers for this mission left these teams woefully underprepared to effectively interact with partners that were nepotistic, corrupt, and otherwise unmotivated. Often contrary to this doctrine and training, some advising teams were able to find success in incentivizing their partners’ improvement by creatively leveraging resources and official assessments to gain their partner unit’s cooperation. As the US military weighs how to best resource and organize future “by, with, and through” efforts, it should consider delegating control over resources to advisers working with partner forces in the field. This would ultimately empower advisers to more efficiently and effectively develop the combat proficiency of partner forces in challenging environments.

Recent scholarship on the rather disappointing results of US train, advise, and assist efforts has highlighted interest misalignment between American and partner forces as a critical barrier to success. Rather than being a result of a lack of technocratic know-how, dysfunction and capability gaps within partner militaries are often political. Elites in recipient states concerned about the loyalty of their security forces naturally view the development of an apolitical, technically proficient force as a threat to their survival. Or, to consolidate power, recipient elites use military positions to defeat their political rivals. The politics of developing more proficient security forces manifest themselves at the tactical and operational level, where US advisers are often embedded with partner forces.

Despite this central challenge, existing US doctrine recommends advising techniques that focus on rapport and relationship building as the primary means of achieving partner unit cooperation. The US Army’s Security Force Assistance manual argues, for example, that “empathy leads to competency,” that “success is built on personal relationships,” and that “coercion is the least desirable method of motivation.” The commander’s handbook for security force assistance similarly contends that “it’s the relationship, stupid,” arguing that “developing a sense of empathy allows an advisor to begin nurturing the relationship” with his advisee. The US military’s own periodicals are replete with suggestions that advisers focus their efforts on establishing cordial, positive relationships with partner forces.

Doctrine’s focus on rapport and persuasion is logical and applicable for the rare instances where the United States is trying to develop the proficiency of security forces in economically stable, secure, and democratic countries. If the only missing ingredients from recipient security forces were more sophisticated weapon systems or knowledge of advanced tactics, relationship building would be enough. But what if a counterpart’s goal is the destruction of domestic political enemies instead of the creation of a loyal, competent army? What if success for the recipient unit is the ability to skim soldier pay, demand bribes from locals, sell unit equipment and ammunition, or collude with criminals?

Most states that receive US security assistance are not Western, educated, industrialized, rich, or democratic. Units designed to be a vehicle for regime patronage will instead have strong incentives to resist their foreign advisers’ influence. In countless examples from our interviews, advisers detailed what were unfortunately common—and often creative—stories along these lines. For example, upon receiving a Light Tactical Vehicle, soldiers from one Afghan battalion immediately drove into town and removed its new tires to sell them in the local market. Another unit installed valves on the tanks of their trucks to make siphoning fuel easier. In both Iraq and Afghanistan, unit commanders regularly drew salaries for non-existent “ghost soldiers,” which naturally undermined the unit’s readiness and morale. In one instance an Afghan police commander intentionally ran off his patrolmen so he could keep them on the roster and not be obligated to distribute their already skimmed salaries. Weapons and ammunition often went missing, soldiers were suspected of running protection rackets, and unit commanders bought rotten food for their dining facilities and pocketed surplus funds. Officers who were behaving honestly could be punished for doing so. Unsurprisingly, soldiers within these units often had little motivation to train or put themselves at risk by operating more proactively on the battlefield. This yielded foreign counterparts who were deeply resistant to changing or adjusting their tactical operations and training regimens.

Under these conditions, some advisers found success when they recognized and tried to correct these misaligned interests through quid pro quo arrangements. In one case, an Iraqi police adviser traded equipment and logistical support with his counterpart to convince him to authorize dismounted patrols to gather intelligence. In another, an advising team working with an Afghan National Army company threatened to withhold flights home for leave to convince an uncooperative unit to carry out certain operations. Sometimes, this required some coordination within various levels of the US chain of command. Many advisers often did not maintain control over nearly the same amount of resources as US tactical commanders. As such, they relied on nearby coalition units to provide and, where necessary, withhold resources from uncooperative partner units as well. Indeed, one American tactical company commander reflected that he had far more “pull” with an Iraqi unit than the designated advising team, predominately due to his ability to control resources.

Some advisers also used certification and withdrawal timelines to their advantage. An adviser in Afghanistan showed his counterpart clips of President Hamid Karzai’s transition proclamations to motivate them to reform their poor training methods. In another, advisers used coalition assessment ratings to their advantage, threatening to expose a unit as substandard—and risk punishment from their chain of command—unless they began cooperating.

Of course, a quid pro quo using resources and training goals can have its downsides and must be used judiciously. Excessive pressure for dramatic change can irritate a counterpart and be culturally offensive. A focus on external incentives can also foster a reliance on US advisers, and, ultimately, lead partner units to resume their suboptimal behavior once an advising team rotates out of theater. As such, it may lead to short-term improvements in a unit’s ability to fight, but not necessarily yield durable, sustainable institutions. And, trying in vain to completely stamp out corruption or behaving too forcefully with foreign partners might too quickly obliterate institutional arrangements that are critical for regime stability. It might also trigger a recipient unit’s fear of abandonment on the battlefield. Indeed, rapport and even some level of tolerance for corruption in partner forces is not necessarily without use.

Nonetheless, if used with moderate intensity, these types of measures can yield temporary improvements that may be enough to sufficiently degrade less skilled opponents. Put simply, a positive relationship with a foreign partner unit should not, in and of itself, be a goal for an advising team. Advisers must balance between maintaining a cordial relationship with their foreign counterparts and curbing corruption, ethnic partisanship, and complacency.

But, advisers have complained about being assigned responsibility for improving a foreign unit without being given proper authority or ability to incentivize these improvements. In order to more effectively work with challenging partner forces, the services should delegate some control over “who gets what, when” to advising teams. Depending on the context, this might include the ability to withhold shipments of supplies, certify recipient improvements, offer small stipends, or inspect their partners’ budgets, personnel rosters, or equipment inventories. And, as the services  work to institutionalize this approach they should better prepare advisers to work by, with, and through corrupt and otherwise challenging partners. Prior to deployment, advising teams should be well aware that, more likely than not, they will be working with a partner force with very different interests and priorities than their own. And, although building rapport and relationships may be important, it will do little to align these interests.

Bryce Loidolt is a Research Fellow at the Institute for National Strategic Studies at the National Defense University in Washington, D.C. and a doctoral candidate in the department of Political Science at the George Washington University. His dissertation examines the sources of local success and failure in Security Force Assistance provision and military advising in Iraq and Afghanistan.

Col. Edward Ballanco is a career armor officer who has served in tactical positions from platoon to battalion and has served overseas in Iraq, South Korea, Germany, and Switzerland. Col. Ballanco is a recent graduate of the Army War College and holds a BA in History and International Relations from Florida State University and an MA in International Relations from the University of South Carolina.

The views expressed here are the authors’ own and are not an official policy or position of the US Army, National Defense University, the Department of Defense, or any part of the US Government.