War Books: A Bookshelf for Competition with China 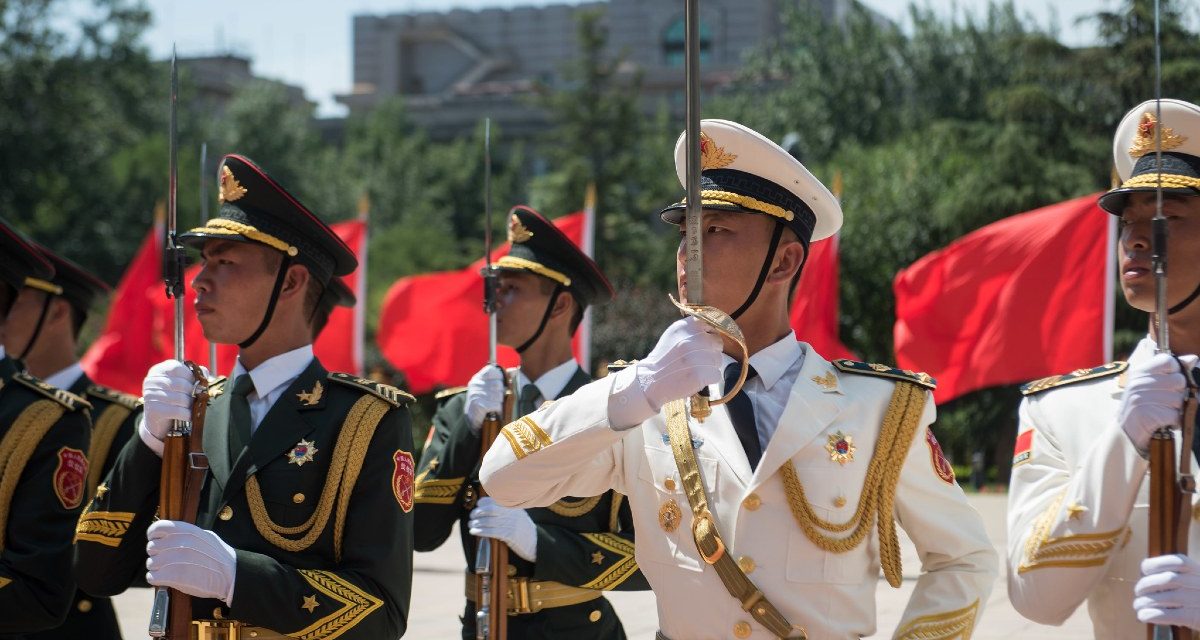 These days, every military command needs its resident “subject matter expert” on the People’s Republic of China. China’s vast global reach and the importance of competition with China in the National Security Strategy mean having an analyst familiar with Chinese issues is critical even if you are on the other side of the world from the Middle Kingdom. Unfortunately, Mandarin-speaking analysts can be hard to come by. If you get tapped to be the command’s “China person,” you’re mostly going to get asked military questions, so you can probably fake the required expertise convincingly by brushing up on America’s China strategy, the Defense Intelligence Agency’s comprehensive report on Chinese military power, Army Training and Doctrine Command’s outstanding products, some of the excellent academic work on Chinese defense issues that have been usefully summarized by Peter Mattis, and M. Taylor Fravel’s foundational work. For those analysts who want to dive deeper into China’s approach to competition, here are six books that have helped me fool people into thinking I know what I’m talking about:

Khan defines grand strategy as “the way in which [a state] marshals different forms of power to pursue national objectives.” In this fascinating book, he argues that China has basically had a consistent grand strategy since 1949, which has been defined by the fragility of the Chinese state and the fear of foreign powers. Xi Jinping’s regime embodies this paradox: on one hand, when Xi took power China was arguably more secure than at any other time since 1949; on the other hand, events since this book was published have shown that China is clearly frantically striving to increase its security, with everything from massive protectionist industrial policies to genocide of Muslim populations it worries could turn to terrorism. Only China’s fears can explain this behavior, and this is by far the best account of them. For analysts, Khan’s book has immense explanatory power. For strategists, it will suggest Chinese paranoias that could be exploited.

François Bougon, Inside the Mind of Xi Jinping (2018)

In place of a Big Brother, the people of China have Xi Dada—literally “Big Xi”—their seemingly endearing nickname for CCP Chairman Xi Jinping. Xi apparently plans to lead China for the rest of his life, so understanding his worldview is essential to understanding the direction of China. In this remarkable intellectual biography, French journalist François Bougon explains the fundamental motivations of Xi who, Bougon argues, hopes to be the most powerful man in the world. Xi grew up amid the chaotic madness of China’s Cultural Revolution, and when he took office in 2012, many foreign commentators expected him to be a great reformer who would increase economic and personal freedom. Within a year, however, Xi was clearly on the path to become China’s greatest dictator since Mao, and in 2018, he removed the presidential term limits from China’s constitution, clearing the path for him to rule with an iron fist indefinitely. The tea leaves should have been easier to read, Bougon suggests: Xi has always been a dedicated Maoist and nationalist and despised Western powers, who he sees as conspiratorial and bent on disrupting China’s inevitable rise to great-power status with ideas he rejects, such as “human rights.” It would be wrong, however, to see Xi Jinping Thought as a direct continuation of Mao’s revolutionary ideology. Xi’s concept of China’s rise is rooted in a long, imagined history, much of which Mao rejected. While Mao despised the ancient Chinese philosopher Confucius, Xi has elevated Confucius to join Mao as one of China’s foundational sages. Xi also claims to have a remarkable command of Chinese classic literature and Daoism, which deeply shape his thought. They all feed a notion of a “China Dream,” a play on the term “American Dream,” which Xi is firmly dedicated to achieving.

We are competing in an era where bite-sized territorial conquest is an increasingly common strategy, and the Sino-Vietnamese War is an example of China taking just that approach. In 1979, China sent its People’s Liberation Army (PLA) south to “teach Vietnam a lesson” in response to simmering Sino-Vietnamese territorial disputes and concerns over the Soviet Union’s influence in southeast Asia (China had recently aligned with the United States against the Soviets). Within a month, the PLA’s “self-defense counterattack” had defeated Vietnamese ground forces, reduced the provincial capital city of Lang Son to rubble, declared the road to Hanoi open, and then withdrawn, having made China’s point. However, as Xiaoming Zhang notes in this unique and richly sourced history, China continued to fight a war of attrition against Vietnam until the early 1990s, regularly shelling targets in the Vietnamese border region and fighting major border battles as part of a policy of “bleeding” Vietnam to punish it for its ongoing occupation of Cambodia. Until 1983, China continued to seize small territorial strongholds along the border. Then, in 1984, it launched a major operation to seize the Laoshan Heights. From 1985 to 1989 the PLA systematically rotated a total of 180,000 combat troops through deployments to the Laoshan Heights so they could gain combat experience, inflicting 33,500 Vietnamese casualties, and suffering 4,300. The PLA continued to execute combat missions on the border until 1993. China does its best to censor accounts of this aggression, but we certainly should not forget them. Keep this in mind when analysts argue that China has not fought a war since 1979.

Chinese propaganda is not exciting reading material, but its tedious slogans are as meaningful, so you have to make sense of them if you want to understand the objectives of the Chinese Communist Party (CCP). Dr. Jonathan D.T. Ward has done so better than most, and has found that the CCP’s leaders are dedicated to achieving the “Great Rejuvenation of the Chinese Nation” by 2049, the centenary of the party taking power. In China’s Vision of Victory, he outlines the political, economic, and military objectives China aims to achieve along the way. This book is particularly useful for defense analysts as it clearly outlines China’s vast military ambitions. While Ward argues that our competition with China is fundamentally economic, he is clear-eyed about the fact that China seeks a military that is “second to none,” which will have far-reaching ramifications for world order.

In this essential book, ethicist Clive Hamilton explains China’s entire playbook for influence operations, with a focus on his native Australia. He argues that the CCP is “engaged in a systematic campaign to infiltrate, influence and control the most important institutions in Australia.” Through coordinated media influence, investments, and outright espionage, the CCP hopes to rob Australia of its sovereignty—and end Australia’s longstanding alliance with the United States. This book is notable for its particularly thoughtful treatment of Chines diaspora issues. The CCP thinks of the Chinese diaspora as its stooges, and even absurdly claims the legal right to detain ethnic Chinese people who do not have Chinese nationality. However, as Hamilton notes, many Chinese-Australians firmly oppose creeping CCP influence, which they understand better than their fellow Australians.

While this book was an instant bestseller when it hit Australians shelves, before that two publishers dropped the book over fears of Chinese retaliation and harassment. Free speech has triumphed for now, and Hamilton has another book on the global reach of the CCP coming out later this year.

The essential moral bankruptcy of modern China, which fuses debased Marxist ideas, gross consumerism, and militant nationalism, is a topic so dark it can only be illuminated by literature. In China Dream, exiled Chinese novelist Ma Jian imagines the hectic life of a mid-level CCP functionary named Ma Daode (literally “virtue”) who is placed in charge of a “China Dream Bureau” in the fictional Ziyang City. To escape haunting memories of the violent Cultural Revolution that consumed his youth and finally clear his head, Ma hopes to merge all of China’s dreams with the internet using a new China Dream Device, which will allow him to incept the China Dream into the people’s heads, and then control their hopes, as well as his own fears. Anyone who seeks to understand CCP officialdom ought to read this book. It is also a handy reminder that Xi is trying to build the China Dream on rotten foundations, as his own anti-corruption drives demonstrate.

Capt. T.S. Allen serves as an intelligence officer in the US Army.