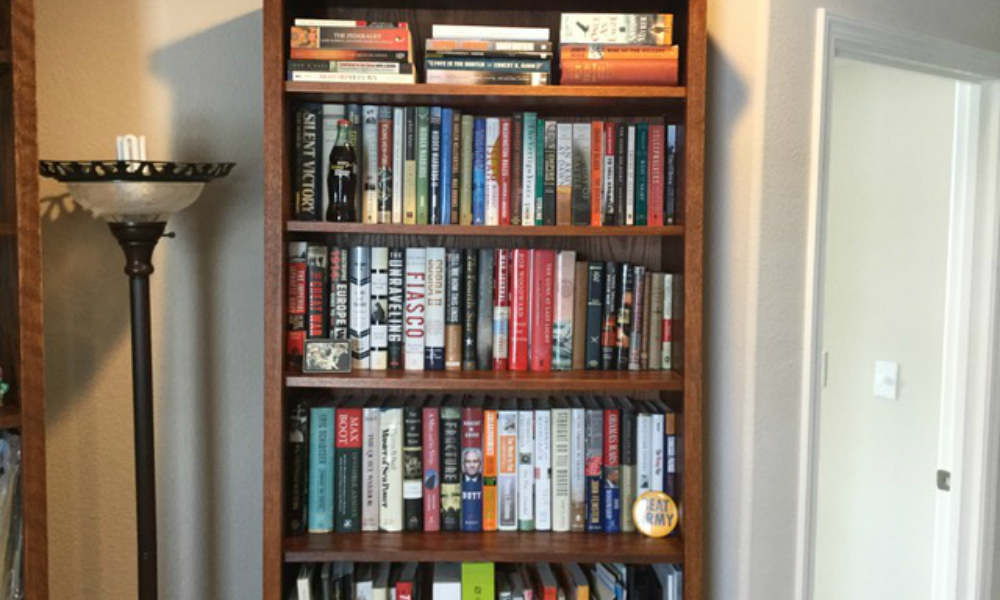 S.C. Gwynne, Empire of the Summer Moon: Quanah Parker and the Rise and Fall of the Comanches, the Most Powerful Indian Tribe in American History

Between 1725 and 1875 the Comanche came to rule much of the southwest. They took the “technology” of the horse, adapted their way of life to it, and became the unmatched masters of mobility and mounted warfare. But the Comanche never understood the overwhelming power of their final adversary, the US Army. The book illuminates the life and leadership of the last great Comanche chief, Quanah Parker. Suffering defeat at the hands of the Army, Parker soon befriended the powerful, including several presidents, and helped his people adjust to the realities of being conquered. There is much to learn about leadership, obsolescence, adaptability, warrior culture, cultural arrogance, and total war in Gwynne’s work.

Christopher Clark, The Sleepwalkers: How Europe Went to War in 1914

The Sleepwalkers describes how the table set unknowingly by Europe’s leaders for an apocalyptic crisis had its legs swept away in an instant by the assassination of Archduke Franz Ferdinand. Suddenly Europe’s destiny became determined by an uncontrolled sequence of events rather than the intentions of the continent’s leaders. How else could the world’s great powers—Britain, France, Russia, and Germany—end up fighting over a sub-regional conflict in the Balkans between Austria-Hungary and Serbia? The continent’s political leaders were, as Clark notes, naïve sleepwalkers, ignorant of the chaos and horror they were about to create for their own and future generations. One must ask, do our own political and military leaders today think about the second- and third-order consequences of their decisions, or are they sleepwalkers too?

This is a World War II classic novel about junior officer leadership and loyalty, commander vanity and ambition, and the monotony of duty far from the front lines. The book’s protagonist, Lt. j.g. Doug Roberts, cares for his men and the USS Reluctant’s supply mission to the point of repeatedly challenging his eccentric, incompetent commanding officer. We learn that all in war is not heroic, but without the toilet paper, food, uniforms and other mundane necessities the tip of the spear cannot function. Roberts has his own heroic ambition—to get into the real war. He finally does and is killed off of Okinawa by a kamikaze while drinking coffee in the wardroom of his destroyer. Mister Roberts reveals that courage and leadership matter in every context and that courage alone does not deter death when your luck runs out.

Rufus Phillips, Why Vietnam Matters: An Eyewitness Account of Lessons Not Learned

Phillips became a CIA operative in South Vietnam immediately following the defeat of the French in 1954. He worked for Col. Edward Landsdale, an expert in counterinsurgency (COIN) and economic development. The work was tedious, primarily non-military, and was based on a culturally sensitive, collaborative relationship between the Vietnamese and the Americans. According to Phillips much progress was achieved by 1960. But the new Kennedy administration mistakenly embarked on a military-centric strategy to defeat the Viet Cong, which ultimately failed. Phillips believes this strategic mistake was repeated in Iraq and Afghanistan.

Max Boot, Invisible Armies: An Epic History of Guerrilla Warfare from Ancient Times to the Present

Boot takes a comprehensive look at guerrilla warfare from pre-Christian times to the present. He differentiates this type of warfare (organized military attacks against a country’s military, with the attackers being considerably weaker than the country) from terrorism (non-state, non-military actors focusing attacks on civilians to create fear out of proportion to the actual attacks). As the ultimate form of asymmetric fighting, guerrilla warfare has by far been the rule historically, not interstate warfare, despite our contemporary military’s preference for the latter. While retaining capabilities to fight nation states, this book reminds us that counterinsurgency, special operations, and nation-building capabilities are also important to counter these invisible armies.

MacKinlay Kantor, Glory for Me

Glory for Me is Kantor’s 1945 book-length narrative poem about three veterans returning home from World War II. It is a challenging read. In another example of “the movie is better than the book,” the 1946 Oscar-laden film adaptation, The Best Years of Our Lives, creates a movie masterpiece out of Kantor’s effort. The returning veterans are plagued by the same challenges our veterans today face: post-traumatic stress, unemployment, isolation, a sense of uselessness, addiction issues, and a lack of appreciation. If such issues were a societal challenge in 1945 when the entire nation had gone to war, how much more difficult are they to address today when war and the military are but afterthoughts for most Americans?

Capt. (Ret) Steven L. Hull served six years on active duty as a surface warfare officer and twenty-four years as an intelligence officer in the Navy reserve. He spent thirty years as a public school teacher, principal, and superintendent. He holds bachelors and masters degrees in history from the University of California, Santa Barbara and a PhD in educational leadership and policy from the University of Oregon. The views expressed are those of the author and not necessarily those of West Point, the Department of the Army, the Department of Defense, or any agency of the US government.