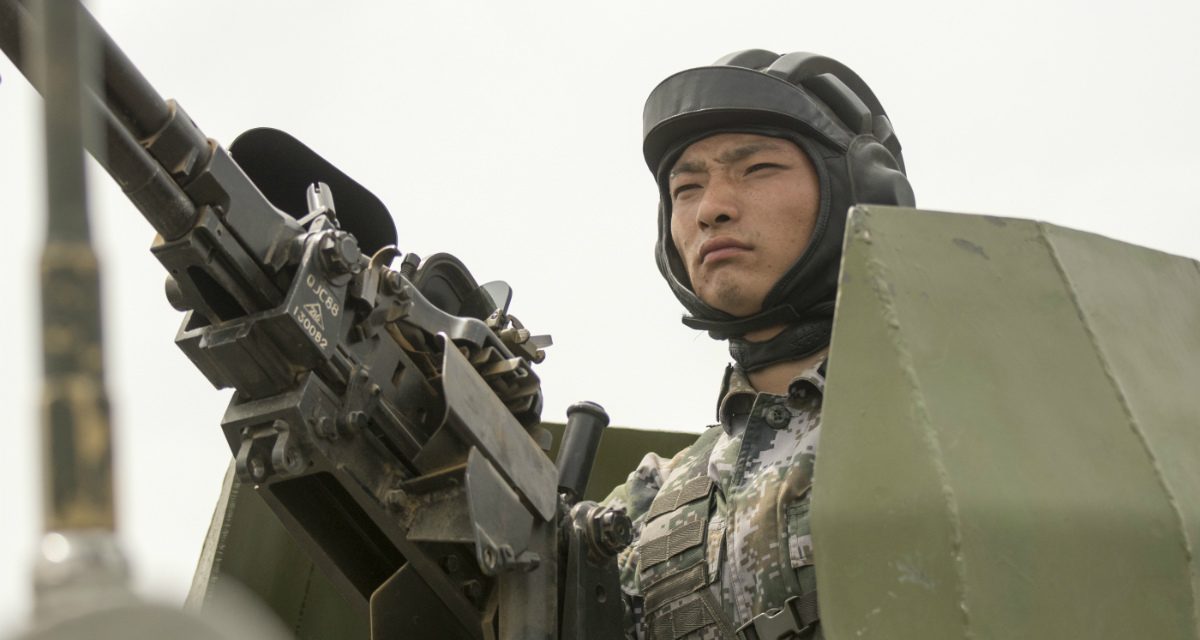 In his work report to the 19th Party Congress, Xi Jinping articulated the objective for the Chinese People’s Liberation Army (PLA) to be “fully transformed into world-class forces” by mid-century. In his capacity as chairman of China’s Central Military Commission, Xi has also called upon the PLA to advance military innovation and to leverage the historic opportunity presented by today’s military and technological revolutions. This “new era” of Chinese military power could disrupt the current balance of power in the Indo-Pacific and beyond. However, the trajectory of Chinese military modernization must also be contextualized by the tremendous challenges that the PLA is still struggling to overcome.

At present, the PLA remains in the midst of historic, and highly disruptive, reforms that are intended to improve its capacity to undertake joint operations. At the same time, the PLA remains in the process of revising its doctrine, while seeking to advance new innovation in new military theories in response to changes in the form of warfare. Traditionally, Chinese “indigenous” innovation has remained heavily dependent upon the transfer and absorption of foreign technologies. Even today, despite its rapid fielding and construction of a vast array of new weapons systems and platforms, the Chinese defense industry remains bedeviled by a number of weaknesses and shortcomings. However, in historical perspective, China has proven capable of tremendous innovations, and the Chinese military today may be poised for another “great leap” towards the future of warfare.

I’ve recommend a number of books that I think are invaluable to understanding and contextualizing Chinese military innovation and defense technological developments.

As The Gunpowder Age by Tonio Andrade reveals, the history of Chinese military inventions and innovation is absolutely fascinating. This book proffers unique insights on a more distant history that has relevance for our understanding of Chinese military power today. Andrade highlights how lessons learned from war-fighting critically contributed to Chinese military power, but this tendency towards innovation later stagnated during a period of peace. This historical perspective raises the question: Can the PLA today leverage new techniques in training, wargaming, and operations research to overcome its lack of recent combat experience?

In China Builds the Bomb, by John Lewis and Xue Litai, the start and success of China’s nuclear weapons program is very vividly recounted. Lewis and Litai reveal how China was able to undertake this historic achievement at a time when doing so seemed well beyond its technological capabilities. China’s Techno-Warriors by Evan Feigenbaum continues the story of these early years of “intellectual warfare” through which the Chinese military emerged as a major force for China’s economic and technological development. This is essential reading on the origins of Chinese “technonationalism,” and indeed the legacy of these years remains a major influence and inspiration to this day.

Chinese Industrial Espionage, authored by William Hannas, James Mulvenon, and Anna Puglisi, is the definitive accounting of how China has exploited an array of licit and illicit techniques for technology transfer. The recent history—and apparent successes—of Chinese military modernization and defense technological development cannot be understood without recognizing this “elaborate, comprehensive system for spotting foreign technologies, acquiring them by every means imaginable, and converting them into weapons and competitive goods.”

In Fortifying China, Tai Ming Cheung provides critical insights on the transformation of China’s defense industry. His extensive research, across a growing number of books and edited volumes, is absolutely foundational to understanding the progression and integration of China’s civilian defense economies. The latest addition to this great corpus of work is The Gathering Pacific Storm, edited by Tai Ming Cheung and Thomas Mahnken, which greatly contributes to understanding today’s strategic rivalry for military and technological superiority, including case studies on military aviation and emerging technologies.

Chairman Xi Remakes the PLA: Assessing Chinese Military Reforms, which is forthcoming this spring, will be the authoritative accounting of the historic Chinese military reforms that started in 2015. Edited by Phil Saunders, Arthur Ding, Andrew Scobell, Andrew Yang, and Joel Wuthnow, this edited volume brings together chapters that represent contributions from some of the leading experts on the PLA, on issues ranging from joint operations, to defense technological development, and the new PLA Strategic Support Force.

Elsa B. Kania is an Adjunct Fellow with the Technology and National Security Program at the Center for a New American Security. Her research focuses on Chinese military innovation in emerging technologies.