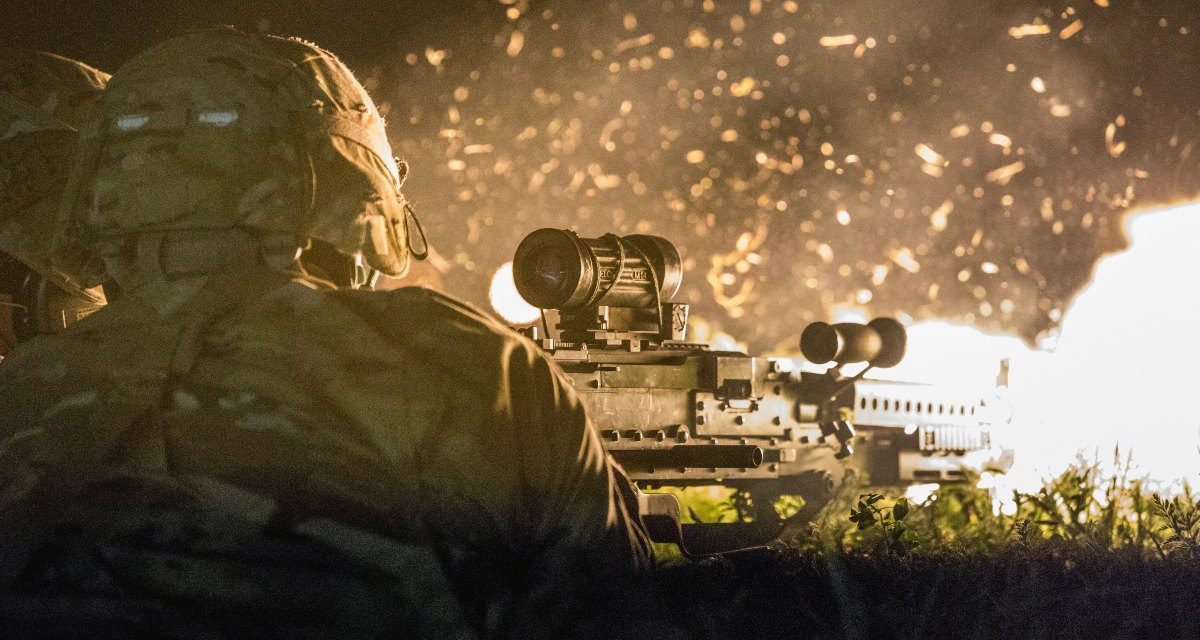 One of the best noncommissioned officers I know was recently selected to join the Close Combat Lethality Task Force, an organization established by former Secretary of Defense James Mattis in 2018 to “improve the combat, lethality, survivability, resiliency and readiness of U.S. infantry squads.” No infantry squad ever won a skirmish by reading a book, but books certainly are handy when you’re trying to figure out how to improve institutions. So when my comrade Rusty asked me what books he ought to read, I put this list together for him. If you want to improve close combat lethality, these books can help.

President Abraham Lincoln was his own one-man close combat lethality task force. As Bruce records in this riveting history, W.H. Russell, a correspondent from The Times of London, wrote that Lincoln involved himself in “all the technical details of the art of slaying.” As a frontiersman and former a militia officer, Lincoln had grown up with guns, and was a crack shot himself. Like most Americans of his time, he also loved gadgets that saved labor and improved industry. That made it all the more painful when he entered the White House at the beginning of a vast war and found that his own advisors in the War Department were steadfastly opposed to innovation. The chief of Army ordnance, Brig. Gen. James W. Ripley, wrote that new military inventions were “a great evil” because they complicated supply chains and did his best to ignore them. Scientific American considered the Army’s gun-buying bureaucrats guilty of “rudeness and circumlocution of the rankest kind.”

Since the bureaucracy was impenetrable, Lincoln himself entertained hundreds of offers from inventors of new types of breechloading rifles, machine guns, and cannons during the Civil War. When a weapon took his fancy, he would arrange a demonstration, sometimes without telling the Army. The Army, in turn, criticized the “champagne experiments” Lincoln conducted and considered them invalid. Many of them occurred in Treasury Park, just south of the White House, where Lincoln held shooting competitions with colleagues to evaluate new rifles. Lincoln had some modest successes in arming Union troops with better small arms: he personally authorized Berdan’s sharpshooters to purchase Sharps carbines, and successfully ordered the Army to buy other breechloading rifles too. He also examined several types of machine-gun, although he never ordered the Army to purchase any. Unfortunately, most of this activity occurred in 1861 and ’62; by the time Dr. Richard Gatling wrote to Lincoln about a new type of machine gun in 1864, the bureaucracy had worn Lincoln down, and he had little enthusiasm or time for new weapons.

President Lincoln’s failures to improve the quality of our weapons may be depressing, but it serves as an important reminder that improving the weaponry of the common soldier has inspired many great Americans before, and certainly will continue to do so in the future. The Close Combat Lethality Task Force is truly standing on the shoulders of giants—although some of those giants were awfully frustrated in their time.

Chivers calls this book the story “of how fully automatic rifles, lightweight and often concealable tools that perform their intended tasks with reliability and efficiency, came into existence and widespread use.” He story starts with Dr. Gatling, whose multi-barreled machine gun was never purchased by the Regular Army during the Civil War, but which was brought into battle by the Navy and militia units. After the war, Gatling sold his “patent box for perforating men” around the world, including states across Europe and also China and Turkey. Nonetheless, as World War I approached, many armies did not have as many machine guns as they could have used. The British munitions minister, a civilian, was shocked by “the fanatical hostility displayed by the Higher Commands to any new ideas” and had to force machine guns on them. Some armies, however, understand the value of the machine gun perfectly, and Chivers argues the Soviet Red Army revolutionized warfare by first designing, and then globally distributing, the AK-47, a fully automatic infantry weapon. Chivers is also highly critical of the US effort to design and field the M-16 rifle, which was the result of a disordered acquisitions program. This book concludes by describing the vast geopolitical effects that, Chivers thinks, resulted from the proliferation of the AK-47 as “everyman’s gun.” This provocative book will help your team understand how small arms have changed the experience of infantry combat.

Chivers argues that modern automatic small arms have served as a “great equalizer” that have transformed war and politics. There is certainly some truth to this: The Gun describes untrained forces using lethal AK-47s to stop professional armies. That being said, tactics still matter. As brilliant Marine Olivia Garard put it, the physical properties of a weapon are “necessary but not sufficient for their lethality.” Any infantry soldier knows that a machine gun position with unsecure flanks is vulnerable to being enveloped and defeated, no matter how advanced the machine gun it contains. Stephen Biddle’s numbers-heavy book explains why increasing weapons system lethality has not actually transformed war, arguing that the critical factor in military outcomes is not materiel, but the “modern system” of force employment, a “tightly interrelated complex of cover, concealment, dispersion, suppression, small-unit independent maneuver, and combined arms at the tactical level, and depth, reserves, and differential concentration at the operational level of war.” Simply put, numbers and materiel don’t explain who wins wars, but tactics do. Tactical differences explain why the US Army rolled over the Iraqi Army in the Persian Gulf War despite the fact that the Iraqis had access to many advanced Soviet weapons: the US Army had mastered the modern system, and the Iraqis had not. This also explains why the poorly equipped but exceptionally tactically proficient North Vietnamese troops did so well in the Vietnam War. Of course, most soldiers already know that. As the Special Operations Truths tell us: “Humans are more important than hardware.”

Biddle’s book is particularly useful to help understand survivability on the modern battlefield. I know, I know, “survivability” is the wrong buzzword, but arguably it is the most important mission of the Close Combat Lethality Task Force. Close combat forces are not the most lethal forces we have: in all probability, most of the casualties we cause on future battlefields will be the result of long-range fires, following historic patterns. But as former Secretary of Defense James Mattis soberly reminded us when founding it, 90 percent of American battlefield casualties since World War II have been suffered by close combat formations such as infantry squads. The “modern” system that Biddle describes is fundamentally about allowing forces to survive on the modern, fire-swept battlefield. As he puts it, the modern system “blunts” the lethality of advanced weapons if employed correctly. And as Biddle importantly argues, ensuring survivability requires changes across the full spectrum of what the Defense Department calls “DOTMLPFP”—doctrine, organization, training, materiel, leadership and education, personnel, and facilities.

Capt. T.S. Allen serves as an intelligence officer in the US Army.