War Books: The Commander and the Staff 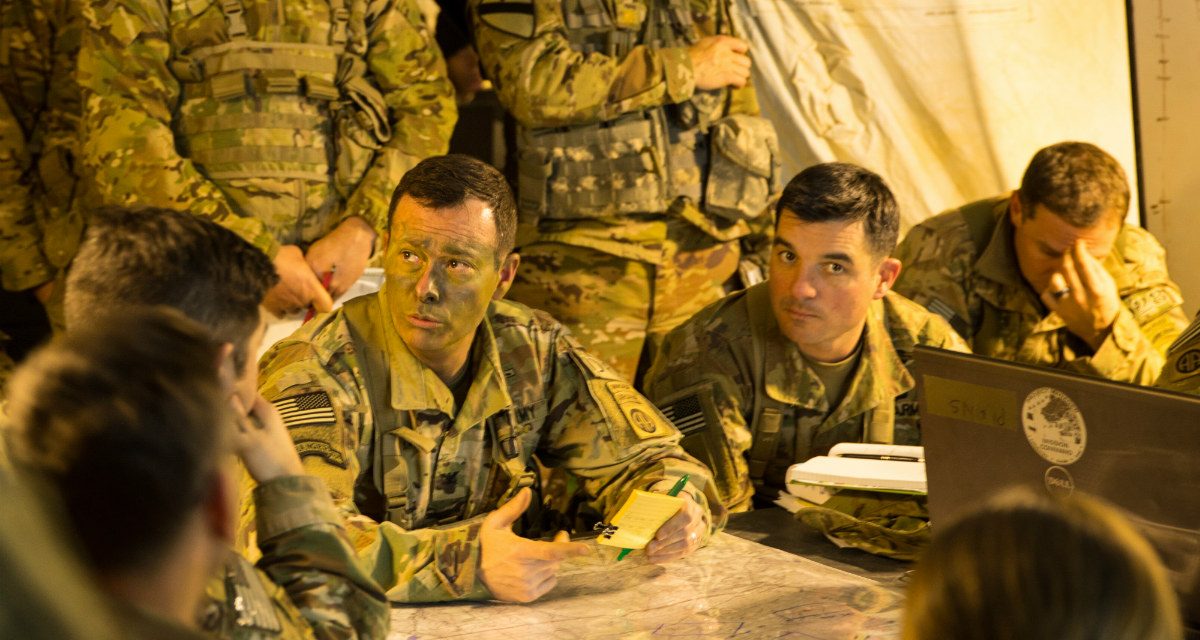 The Army is a people business. It’s common to hear leaders preach the importance of taking care of soldiers, and they’re right. But that’s only one part of the equation to make units successful. The institution, as a human endeavor, is a two-way street; the staff plays an equally important role. Commanders bring vision and set the tone for the unit’s culture, but the staff executes that vision, and assimilates to that culture. There may be no more important relationship than that between a commander—who will make decisions impacting the lives of soldiers and families—and his or her subordinate staff officers—who interpret guidance, develop plans, and provide assessments that inform those decisions.

There are plenty of commander-centric reading lists and even more for executives operating in the private sector. The authority of command should not be understated, but the organization following the commander bears some responsibility for the effectiveness of the unit.

Successful staffs lead up and recognize the individual personality traits of their commanders to package complex problems in ways they can understand. Staffs also prevent commanders from distractions, and help them manage their priorities. They manage resources within their unit, and coordinate with stakeholders outside it. But serving on a staff isn’t just about speaking truth to power or mitigating the impacts of the “good idea fairy”—staffs are support systems, sounding boards, and most importantly, the worker bees of a hive that must be organized and focused on the mission.

John C. Maxwell, Relationships 101: What Every Leader Needs to Know

If great leadership is built on great relationships, as Maxwell posits, then both commanders and staffs would be wise to understand what makes a relationship work, and what to look for when it’s not. Building teams in the military could be easier than in other organizations because of the risk inherent in the profession that creates a requirement for teamwork. And while life and death decisions may force a team to work together, it doesn’t mean it will be effective or efficient. Maxwell’s writing is more general than the military experience, but the factors he identifies as critical do apply to building units that operate more like mutually supporting teams than sterile, emotionless organizations.

Respect and trust top the list, but Maxwell also focuses on the importance of a shared experience and mutual enjoyment. Military units experience things in more personal ways than the average private sector workplace, and sharing that story, the emotions, and the enjoyment that comes from an all-volunteer force that strives to perform their duties well is something that should be embraced from both parties: the command and the staff.

Stephen M.R. Covey, The Speed of Trust: The One Thing That Changes Everything

Many of the challenges commanders and staffs could face on future battlefields may be similar to those of the past, but they will likely happen faster and with access to more information. Fostering the personal dynamics and building strong, trusting relationships will be critical to empowering subordinates and ensuring rapid, informed decisions.

The truth is the Army has built a number of trust-producing mechanisms into its foundation. When new officers arrive at a unit, simply wearing a uniform can instill instant credibility. We literally wear badges and tabs, and wear our experiences on our sleeves. But that doesn’t tell the whole story, and it becomes less important at higher echelons or outside the maneuver force. Covey argues that not only can you improve your ability to create it, but that you must because it is the most important “pragmatic, tangible, actionable asset” in any relationship. The idea is simple: trust is confidence, and mistrust is suspicion.

The importance of growing trust quickly means that new command teams can immediately execute their mission, and new staff members can immediately effect mission requirements. But Covey’s book is more than an articulation of the initial trust that can be created between a commander and a staff. It is a guide to develop trust in yourself, and refine the key behaviors that build trust in any relationship. It also speaks to the third, fourth, and fifth “wave”—the trust that can be forged outside the organization and serve as the foundation of your reputation. The parallels for commands, staffs, units, and the profession are palpable.

Ira Chaleff, The Courageous Follower: Standing Up To and For Our Leaders

There are numerous case studies about organizational cultures that, if different, could have mitigated the risk incurred by leaders who advanced harmful initiatives. NASA’s Challenger incident is a standard anecdote. Hurricane Katrina, and even the recent HBO series, Chernobyl, point to the detrimental impacts of leaders who operate unconstrained, and where subordinates either refuse, or are unable to speak out against flawed logic and bad decision making.

But Chaleff’s book is not a negative reflection on weak subordinates, or domineering, toxic leaders. Rather, it is a testimony to the power of an entire organization to guide culture and practices. Everyone is a stakeholder, and the subordinate staff plays as critical a role as the executives making the final decision. Public leadership theory points to two courses of action for individuals serving in an organization heading in the wrong direction: leave or fight for change. For military officers who will spend the vast majority of their careers in staff roles, it pays to learn how to be the right kind of follower, and to exercise the abilities that allow one to lead from any position.

Generic, if not academic, discussions about relationships and trust between command and staff are important. But hear it from the mouth of one of history’s most revered battlefield generals. Gen. George Patton called his G-2, then-Col. Oscar Koch, “the best damned intelligence officer in any United States command.” Koch is enshrined in the Military Intelligence Hall of Fame at Fort Huachuca, Arizona, and is famous for accurately predicting the German advance that led to the Battle of the Bulge in 1944.

Koch recounts his relationship with Patton, and the importance of trust, open communication, and a culture within the staff that allowed for honest assessments and feedback. Ultimately, and as it should be, the decision is made by the commander. No one would assume otherwise when talking about Patton. But there are other lessons, like the idea that even a healthy personal relationship between a commander and the staff will not ensure the right information is interpreted the right way and lead to the best decision. When Patton received Koch’s assessment about the Nazi intent and capacity to attack their flank, Patton listened but didn’t completely change his original plan.  He said, “We’ll be in a position to meet whatever happens.”

Some call the Battle of the Bulge an intelligence failure. Some say leaders at every echelon should have responded differently to the assessment. The reality is that humans make decisions and Patton didn’t want to be distracted away from his objective. That American forces were in position to respond was due to the successful relationship between a commander and the staff. That it still led to casualties shows the true character of war.

David Halberstam, The Coldest Winter: America and the Korean War

If Patton and Koch are the model relationship among command and staff, then MacArthur and Willoughby are the antithesis. To call Willoughby, the intelligence officer who rode the coattails of his commander throughout his career, a sycophant may be an understatement. Commanders, especially those in wartime, can create a cult of personality. Some deserve the admiration as true heroes, patriots, and great individual leaders. Some go on to serve the nation in even more substantial ways as presidents and advocates for policy and societal change. None deserve a staff who tailors their responses to support a narcissistic vision.

That’s a strong statement, but the intelligence failures of the Korean War are markedly different than the example referenced by Koch in World War II. Halberstam does not focus entirely on MacArthur’s relationship with Willoughby, or Lt. Gen. Ned Almond, but rather the reporting from the battlefield itself. The book’s focus on MacArthur is telling of the personality traits that would lead to some of his most fateful decisions in combat, but its summary of the entire war is a good synopsis of how complicated and intertwined warfighting is across the tactical, operational, and strategic levels. This intricacy is all the more reason for a healthy personal relationship between a commander and the staff. 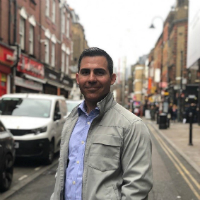 Nick Bono is an active duty US Army military intelligence officer who currently serves as an Army Fellow assigned to Headquarters, Department of the Army. He earned a BA from Rockhurst University, an MPM from Georgetown University, and a JD from the University of Tulsa College of Law, and is the co-founder of The Defense Policy Initiative.