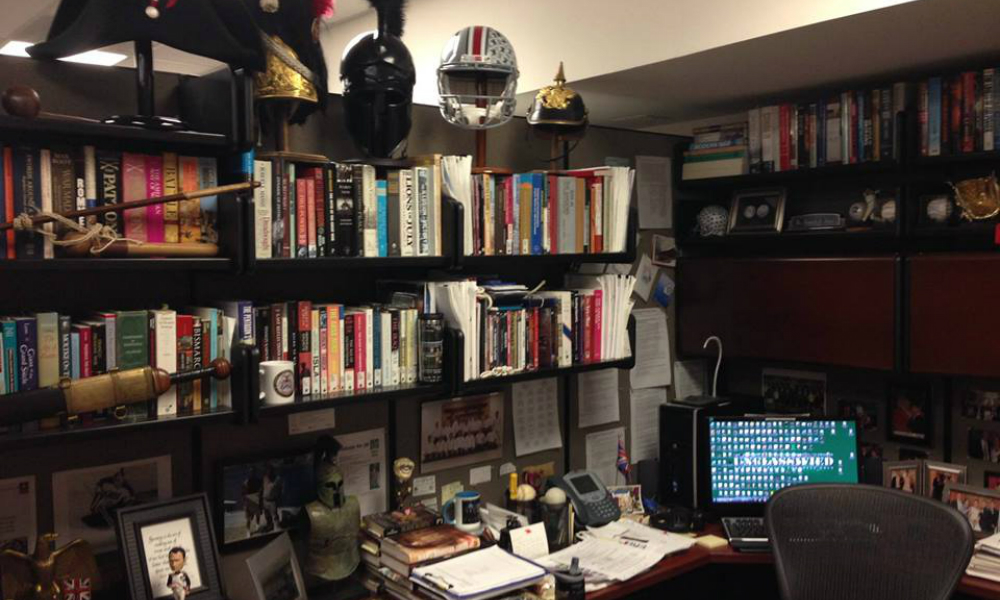 A unique volume that provides quantitative analysis on questions regarding the fears and motivations of American soldiers on both fronts in WWII. Hands down, for me, the work that has provided the greatest insight into soldier motivation.

The recent interest in untangling the dynamics of battle have brought assumed aspects of ancient combat into question. Van Wees’s work illustrates how a careful examination of ancient sources reveals much regarding the details of formations, maneuver, leadership in combat, as well the behavior of men who waged it. A provocative volume.

John Lynn, The Bayonets of the Republic

In his analysis of the French Revolutionary army, not only does Lynn present a detailed look at the transformation of the army, but he creates an ocular that works when applied to all armies, in general. Lynn presents a persuasive argument that soldier motivation can be broken up into three overlapping, but discrete, categories: initial (what brings a soldier into an army), sustaining (the factors that keep him engaged over time), and combat (small group, with normative drivers shaping cohesion).

Gen. Dellaire’s story, from the horrors he experienced in command in Rwanda (1994), through his return to Canada, and all the stress-related traumas that followed, is a compelling and sobering account. Dellaire’s awareness of his growing PTSD issues and his courage in dealing with them right up through today are worthy of consideration by every soldier and military scholar.

Challenging much of what has been assumed about Carl von Clausewitz and On War, this work illuminates the relationship between Clausewitz and his wife (the latter coming from a much higher social caste) and explores the fundamental role his wife played in the writing and publishing of Clausewitz’s important work.

Dr. Ed Coss is professor of military history at the Army’s Command and General Staff College (Ft. Belvoir campus). He is the author of All for the King’s Shilling and was the Army’s TRADOC Civilian Educator of the Year in 2010. He is also a Fellow of the Royal Historical Society.  His views are his alone and do not reflect the official policy or position of the Department of the Army, the Department of Defense, or the US government.
Share on Facebook Share
Share on TwitterTweet
Share on LinkedIn Share
Send email Mail
Print Print