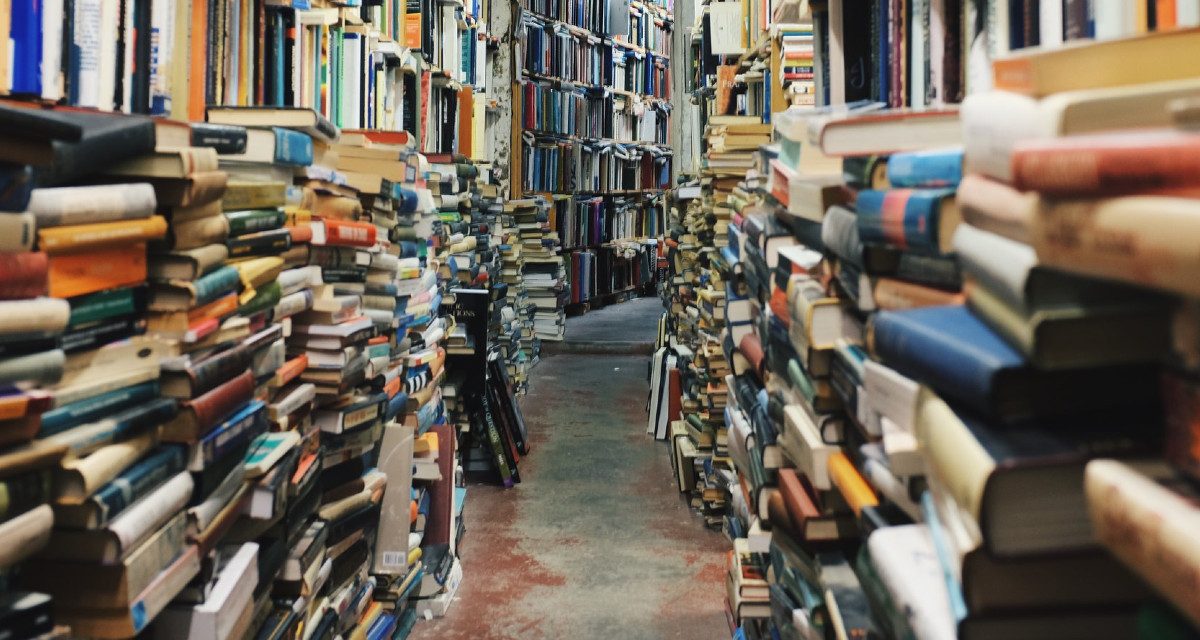 “Great-power competition” has become one of the defining defense buzzwords of our time, if not the buzzword. The 2017 National Security Strategy (and the 2018 National Defense Strategy and National Military Strategy that derived from it) codified a shift in focus from low-intensity conflict and counterinsurgency operations that characterized nearly two decades of America’s post-9/11 wars. These documents unapologetically and repeatedly named China and Russia as the focus of the new strategy. This shift requires new ways of thinking about conflict and revisiting historical conflicts like the Cold War that can serve as educational examples of great-power competition. This is a challenge for a military with very few uniformed members who served during the Cold War. The Berlin Wall fell nearly thirty years ago. Within weeks, the Soviet Union collapsed. And like that, we were in a new era. For almost three decades, the US military has operated in a world devoid of the type of parity it now seeks to prepare for. As we continue to pivot to great-power competition, perhaps we should turn to fiction to better understand what it might look like in a contemporary context—visualizing not just the competitive phase, but also escalation and even high-intensity conflict with a peer competitor in the twenty-first century.

In pursuit of this aim, we’ve chosen a selection of ten books. Each one has a unique and valuable perspective on great-power competition and future war. Any worthwhile reading list should address a specific theme or topic and collectively present a degree of depth and breadth. Perhaps most importantly, a good reading list should also contain tension within itself, which encourages critical thinking and analysis. We believe that this list does that, and does so by offering a list of books you will also enjoy reading.

Red Army is an excellent imagination of the Cold War turning hot—but from the Soviet perspective. Ralph Peters spent much of his Army career as a military intelligence and foreign area officer focused on the Soviet Union, and more than anything, that deep knowledge is the allure of his book. It’s not about Americans or NATO forces, but neither does it fall into the trap of stereotyping the adversary. It is, if there ever was one, a character-driven book about World War. Peters also offers a compelling vision of future war with decisive information operations and a tempo driven by new (at the time) computers. Written just before the collapse of the Soviet Union, it is set at that time and has some of the best descriptions of a war that never happened.

Invasion begins just before a Chinese invasion of the United States. The Chinese military has conquered most of Asia, after the United States embraced an increasingly isolationist foreign policy. The plot centers on a mix of characters including the US president and his daughter, an infantryman. If you can overlook some of the Hollywood plot twists, Harry presents a compelling future where the United States is forced to find a strategy to defeat an enemy with overwhelming industrial and numerical superiority. The technology in the book is from the future but a near future. The book is also valuable for the global picture that it presents—the United States is forced to deal with the Chinese threat across multiple domains at the strategic level.

Red Storm Rising is probably the best Cold War-gone-hot book in print. Clancy and Bond jump around the battlefield, following different characters, so the plot’s conflicts are not personal. The story is the war, and the characters are only as well developed as they need to be to convey the story. When it was first published, Clancy and Bond had so closely imagined some of the NATO strategy and weapons that officials (incorrectly) thought they might have had access to classified programs. One of the book’s subplots centers on the viability of the NATO sea lines of communication and resupply across the Atlantic—an essential piece of any great-power war that is often overlooked, and something the authors succeed in making an important subject of a page-turning novel.

Ghost Fleet is the newest book on this list and was published during the beginning of the strategic shift toward great-power competition. The highly readable book, with a focus on a Pacific war with China in the near future, became widely popular in defense circles. Technology is the main theme, and the book is somewhat lighter on plausibility than others here, but Ghost Fleet’s recent publication date makes it valuable because it incorporates extant and newly imagined technologies that were unthinkable when other books on this list were published.

The Great Pacific War imagined a future (at the time) war between the United States and Japan. It’s on the list because fifteen years after Bywater published it, the war he imagined happened. It’s proof that future-war fiction can help us imagine a very real future. It is also still relevant, almost a century after it was published, to potential conflict in the Pacific. Among other things, the book features an attack on the Panama Canal—a plotline that should give even today’s planners something to think about.

Homer, The Iliad (eighth century BC)

The Iliad is the epic story of the Trojan War fought between Troy and Agamemnon’s Greek coalition. While it is likely true that the Trojan War took place on the coast of Anatolia during the Bronze Age, The Iliad defies simple classification. It is perhaps best described as a work of fiction weaving together individual elements of history and is almost certainly not the work of a single author. It was likely passed down in oral form for centuries before it was composed into the written epic we know today. In addition to being a classic that portrays the timelessness of war, The Iliad focuses on the characters in war—battles and duels between princes and demigods. It serves as a poetic reminder that the human level is decisive in any war—past, present, or future. We would recommend the translated editions by either Rober Fagles or Richard Lattimore, though there are several good translations available.

Ender’s Game is the gold standard for the sci-fi genre. It has inspired junior and senior leaders for decades and Orson Scott Card has been invited to speak to military audiences regularly, and for good reason. Set in the future, it’s a story about a young boy, Ender Wiggin, who is found to possess a brilliant intellect for war, and the rigorous training program that he is put through to fight the “buggers,” an alien race. We recommend Ender’s Game because of how it deals with preparing for a future conflict in which everything is on the line and its emphasis on creative thinking. How do you identify and teach creative thinking, and how do you nurture tactical genius? These are among the questions that the book will encourage readers to ponder. It was also made into a major motion picture in 2013, but we recommend you stick with the book.

Starship Troopers is another classic of the sci-fi genre. It too has been made into a mediocre movie with the same name (1997). Much like Ender’s Game, Starship Troopers is set in a future where humans are facing off against alien adversaries. Heinlein spends a considerable amount of time following his characters through their training to become elite soldiers after being selected because of heightened intelligence and other characteristics. Heinlein was a graduate of the US Naval Academy and served on the USS Lexington, one of the first two operational aircraft carriers in the US Navy, and his own experiences bleed through in the narrative. The book’s key themes include training and unit cohesion.

The Forever War is less well known than Ender’s Game or Starship Troopers, but is also a great example of a sci-fi story that we can learn from. The plot follows an officer in the United Nations Exploratory Force during battles across the galaxy. Like Card and Heinlein, Haldeman details the training of the elite soldiers before telling the story of their deployment. But perhaps the central theme in the book is, as the title suggests, time. Relativity features heavily because the characters spend a lot of time travelling at light speed and lose touch with the rest of humanity. It’s not only a story about fighting, but also about coming home—during the main character’s few trips back to Earth, he finds that nothing is as he remembered. This is a theme that is clearly drawn from Haldeman’s own experiences returning home after fighting in the Vietnam War, where he was wounded while serving as a combat engineer. Haldeman’s exceptional work presents readers with the opportunity to grapple with questions of of adaptation and scales of time in conflict.

Truly a classic, the Lord of the Rings trilogy is one of the masterworks of the fantasy genre. It’s long—three volumes—and was adapted and made into three long but phenomenal movies by director Peter Jackson (2001–2003). Besides being a book that every young adult should read generally, we recommend Tolkein because of the focus that he puts on alliances, coalition building, and strategy. The book also reflects Tolkein’s experiences in the First World War, where he saw combat on the Western Front, and the political climate of the interwar years. The Lord of the Rings trilogy captures the scale that great-power competition could take and lays bare the absolute requirement of assembling and maintaining coalitions in warfare.

Walker D. Mills is a Marine infantry officer currently serving as an exchange officer in Cartagena, Colombia. He has previously authored commentary for CIMSEC, the Marine Corps Gazette, Proceedings, the Modern War Institute, and War on the Rocks. He is an associate editor at CIMSEC. He can be found on twitter at @wdmills1992.

Timothy G. Heck is a reserve Marine artillery officer. He is finishing an edited volume on amphibious operations for Marine Corps University Press. He is an associate editor at The Army Leader, a UK-based website focusing on military leadership. He can be found on twitter at @tgheck1.