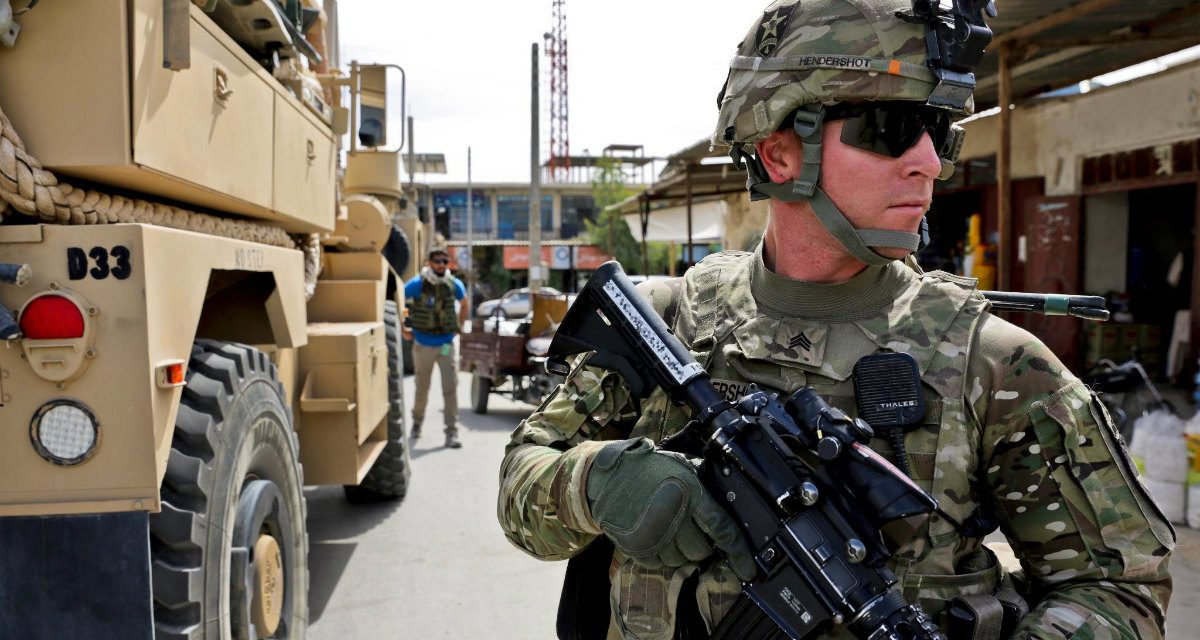 Editor’s note: Each week, we ask a practitioner, scholar, or observer of war to list the top books that have influenced the way they think about war and strategy.

We all watch global trends with the hope of predicting the future. The military rightfully makes predictions and prepares for the most high-risk and most probable combat scenarios. I argue we should be preparing—both physically and mentally—for urban combat.

The trends of rapid population growth and urbanization in the less developed countries of the world have increased political instability to a tipping point in many spots around the globe.  Political violence is now an urban phenomenon, and will only become more so.

Enemy forces—whether state-based, terrorist, proxy, or something else—have learned that they can greatly reduce technological and other advantages of state-based military forces like those of the United States by pulling them into densely populated urban areas. Gen. Charles Krulak, the former commandant of the Marine Corps, in response to a question about why American national interests will lead military forces into what he famously dubbed the “three-block war,” said, “they’ve watched CNN, the enemy has. They’ve seen the might of our technology. They’re not going to fight us straight up. We’re not going to see the son of Desert Storm anymore. You’re going to see the stepchild of Chechnya.”

To be sure, the US military has fought on urban terrain in the past. But generally, wars have been fought for cities, not in them. And in the past, urban fights happened so infrequently that military forces adapted when necessary and then quickly returned to preparing for non-urban combat against near-peer adversaries. But urban is the future, and the future is now.

Gen. Krulak’s predictions have come true. Instead of decades between urban fights we have seen years and in some cases months between combat in places like Fallujah, Sadr City, Mosul, Raqqa, Marawi, and many others.

This is why,a few years ago, I decided to start studying urban warfare. Here is a list of books and reports I recommend as a starting point to preparing for the future:

William Glenn Robertson and Lawrence A. Yates, Block by Block: The Challenges of Urban Operations

This book is an anthology of urban operations case studies. It contains ten short summaries of operations in cities during World War II and ends with more recent Russian attempts to subdue Chechen fighters in Grozny and the Serbian siege of Sarajevo. Operations range across a spectrum, from combat to humanitarian assistance and disaster relief. It is the best publication I have found that depicts the basic facts of many past urban fights.

Chief of Staff of the Army’s Strategic Studies Group, Megacities and the United States Army: Preparing for a Complex and Uncertain Future

Megacities are cities with a population of ten million or more. This report was the start of a major introspective and intellectual campaign by the US Army and many others to assess the Army’s understanding of these large cities and, if needed, to operate in a city of such density and complexity. The authors recommended new ways to look at and prepare for military operations in major cities.

P.D. Smith, City: A Guidebook for the Urban Age

Too often the military focuses solely on the enemy and the mission—not the environment. The complexity of dense urban environments, though, means each action taken by a military force has potentially massive second- and third-order effects (and fourth-, fifth-, and beyond). We often have very little understanding of the flows, economics, information, cultural life, structures, and process of how cities work. This book is a great study of the history, evolution, and components of cities—from ancient to modern.

David Kilcullen, Out of the Mountains: The Coming Age of the Urban Guerrilla

Dr. David Killcullen provides a compelling story of how four megatrends—population growth, urbanization, littoralization (coastal settlement growth), and connectedness—are not only changing the world, but also changing conflict. The book also examines important case studies, including Mogadishu and violence that broke out with the Arab Spring.

This is a study of a major battle that happened in the Baghdad neighborhood of Sadr City in the beginning of 2008. Sadr City is a densely packed urban area inhabited by an estimated 2.4 million people. When fighting there erupted into a little-known but important urban battle, a surprising tool played an important role in ending the violence: concrete walls.

Mark Bowden, Hue 1968: A Turning Point of the American War in Vietnam

Anthony King, The Combat Soldier: Infantry Tactics and Cohesion in the Twentieth and Twenty-First Centuries

Geoffrey West, Scale: The Universal Laws of Growth, Innovation, Sustainability, and the Pace of Life in Organisms, Cities, Economies, and Companies

Jeb Brugmann, Welcome to the Urban Revolution: How Cities Are Changing the World

Stephen Graham, Vertical: The City from Satellites to Bunkers