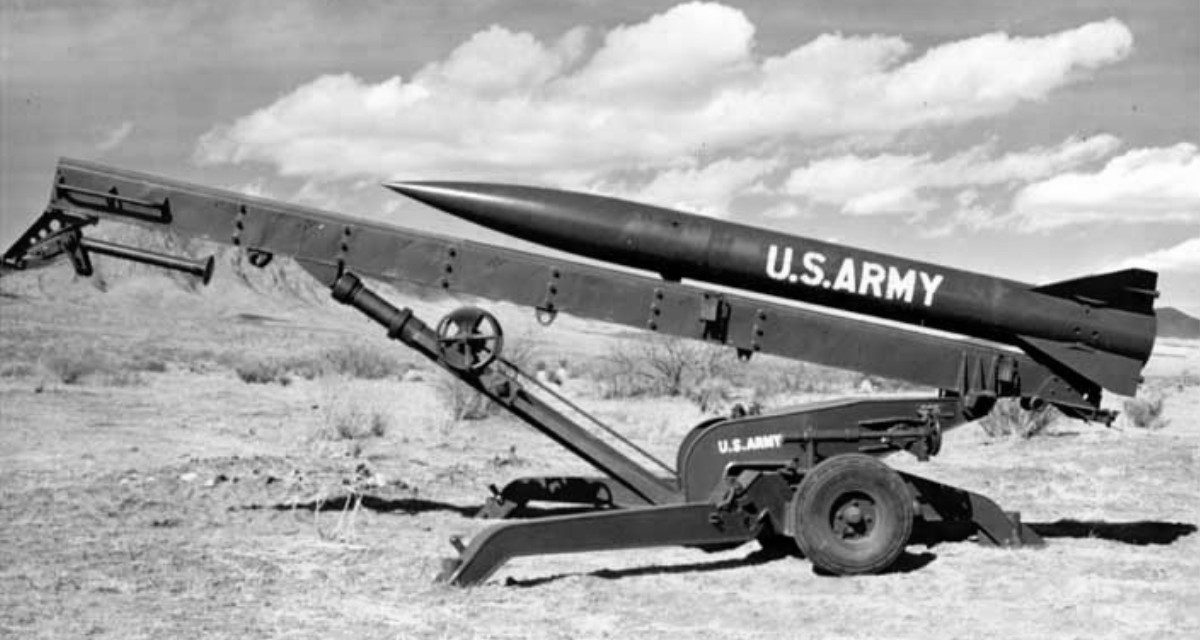 Last year, Maj. Brad Hardy published “An Appeal For A Nuclear Perspective In Army Education” on War on the Rocks. With the Air Force and Navy responsible for upholding the key pillars of the US nuclear triad, he argues the Army’s position in nuclear matters has eroded in the post–Cold War era. Despite the importance of having Army officers proficient in nuclear weapons planning, the service’s nuclear competency is mostly siloed within the ranks of the nuclear and counterproliferation functional area, with professional military education in nuclear matters largely nonexistent beyond select courses.

Maj. Hardy isn’t wrong; the Army needs to re-embrace its nuclear heritage, including in education and training opportunities. It led the development of America’s nuclear program in World War II, planned and prepared for atomic battlefields throughout the Cold War, and serves an important role in arms control treaty monitoring and verification. With the 2018 Nuclear Posture Review, the Department of Defense recognizes a future in which great-power adversaries may employ nuclear weapons to augment disadvantaged military forces in a rapidly escalating conflict, whether against the United States, its allies, or regional neighbors. Yet the Army is not alone in failing to address the atrophy of its nuclear competency across the force. While the NPR recognizes the unsung value of the men and women who comprise the US nuclear enterprise and emphasizes that DoD “remains fully committed to properly supporting the Service members who protect the United States against nuclear threats,” it lacks a blueprint on how to inculcate the importance of nuclear matters in present and future generations.

In many military-related subjects, commanders and staffs are best informed by studying history, reflecting on its lessons, and identifying how to optimally apply those perspectives to contemporary challenges. So in the absence of a reimagined nuclear curriculum, self-study is paramount. At the very least, it enables greater appreciation for the outsized role of nuclear weapons in shaping the military’s culture over the latter half of the twentieth century. More broadly, it should force us to draw parallels as we think about existing and emerging technologies that will constrain or exacerbate the severity of warfare, potentially upending our visualization of multi-domain operations.

The following list of books is offered as a modest attempt at addressing the themes identified above. Though organized according to a loose chronology of events, it can be read in any order and is ultimately designed to provide authoritative, insightful, and easily accessible content for curious entrants to nuclear security studies. If nothing else, Maj. Hardy’s article inspired me to broaden my horizons, and hopefully this list will do the same for you.

Richard Rhodes, The Making of the Atomic Bomb

Winner of multiple literary awards, Rhodes’s book has been described as the “seminal and complete story of how the bomb was developed.” At its core, the book presents the intertwined history of those who advanced nuclear physics from the fringes to the forefront of science, from the late nineteenth century through World War II. Be warned, this dense tome is not for the feint of heart. But it is worthwhile, especially for military scholars interested in a comprehensive examination of the Manhattan Project and its fateful outcome. Notably, Rhodes’s detailing of the incremental mechanization and dehumanization in warfare—from the development and use of chemical weapons in World War I to the deliberate destruction of cities in World War II—is a thoughtful description of the foundation on which scientists, military officers, and policymakers were able to rationalize the creation and subsequent use of the atomic bomb.

Additionally, the book is filled with details of lesser-known military operations throughout World War II, but which still had key impacts on the development and delivery of the atomic bomb. From the repeated commando raids against Germany’s heavy-water reactor production in Norway to the deceptive seizure of Tinian, an island in the South Pacific, these stories demonstrate the role conventional and unconventional military operations play in shaping nuclear-related objectives, even when those participating in said operations may be unaware of the larger strategic purpose.

If you have read The Regulars: The American Army, 1898-1941 by Edward M. Coffman, you’ll likely enjoy this historical overview of another important but lesser-known period in the Army’s history. Honestly, I’m surprised that it’s not on more professional reading lists, as there are lessons for all ranks. Through Linn’s exhaustive detailing of the Army’s social challenges in the atomic era, readers will recognize a myriad of themes that remain equally pertinent today. For example, the generational and civil-military divides, racial and gender integration, and deficiencies in requisite technological skills had outsized impacts on recruitment and retention. This dilemma persists today as the Army seeks to market its advanced opportunities and requirements, even as enlistments remain concentrated from southern and rural communities with varying educational standards. Additionally, the evolution of relationships between officers and noncommissioned officers during this period carries over today in how we instruct cadets and junior officers to engage with their future enlisted counterparts.

Most fascinating, though, is the paradox the Army found itself in when attempting to prepare for a potential nuclear conflict. Linn notes that atomic Army theorists grappled with three problems: proving the Army’s relevancy in the Cold War; transforming existing doctrine, organizations, equipment, and personnel to fight on the atomic battlefield; and reversing the Army’s decline in prestige, funding, and public support. The strategic context following World War II and the Korean War challenged force-management assumptions about the ideal Army composition and disposition, a situation we witness today as the Army strives to build a force capable of handling the broad requirements of multi-domain operations. It drastically revamped professional military education with an overemphasis on atomic warfare, prioritizing concepts of speed, mobility, and decentralization to attack and defeat the enemy. It did this even as it grappled with the grim realization that in a tactical nuclear exchange, the Army’s only role might simply be to survive.

Published in May 1979 at the request of the Senate Foreign Relations Committee, this report examined the range of consequences that might result from even a limited nuclear exchange between the United States and the Soviet Union. Even if the threat of nuclear conflict isn’t as paramount as it once was, the recent American withdrawal from several arms-control mechanisms provides readers an ideal opportunity to review the report’s findings.

But let’s not forget the importance of fiction in professional development. Tucked away in Appendix C is a terrific vignette on how a nuclear attack on the United States would affect the institutions, systems, and norms that everyday Americans take for granted. As demonstrated by prior national emergencies (most recently with the COVID-19 pandemic), the effective coordination of federal, state, and local governments is often less resilient than we tend to assume. This story captures that fragility, as well as the importance of accounting for secondary effects that might have outsized post-emergency impacts. What’s unique about this story is that it doesn’t include the onset of nuclear winter. Initially popularized by astronomer Carl Sagan in 1983, the exclusion of this hypothetical and controversial concept provides readers a different interpretation on how the world adjusts in a post-nuclear environment. In this vein, the story more closely examines the socioeconomic fallout inflicted on populations, and the subsequent tribalism that emerges among disparate groups trying to survive—a reminder that while we often aspire to come together during periods of adversity, it can just as easily bring out the worst in us.

Eric Schlosser, Command and Control: Nuclear Weapons, the Damascus Accident, and the Illusion of Safety

Centered around a devastating accident at a Titan II missile launch complex in Damascus, Arkansas in 1981, Schlosser weaves an intricate tale of America’s nuclear history from World War II to the present. Much of the book concentrates on the former Strategic Air Command, the preeminent military organization during the Cold War responsible for two thirds of the US nuclear triad until its disestablishment in 1992. Although the command’s early history was defined by a rare precision and discipline honed under the leadership of Gen. Curtis LeMay, Schlosser’s documentation of dozens of accidents and close calls throughout its history provides an unflattering portrayal of the organization and its leadership, as well as civilian oversight that lacked either the capability or the willingness to rectify issues. That many of these accidents were never properly reported, or steps taken to correct alarming deficiencies within America’s nuclear arsenal, underscores how precipitously close America came to catastrophe through its own negligence.

When detailing the accident in Damascus, this book doesn’t necessarily end on a happy note, and that’s important in the greater context of why the management, maintenance, and security of our nuclear weapons infrastructure is so important. Readers will appreciate it as a case study in organizational crisis management, re-emphasizing the importance of established lines of communication and rehearsed contingency planning. Even more uncomfortable for some, it demonstrates that despite our best intentions at ethical decision making, our moral compasses sometimes falter simply when career prospects are jeopardized.