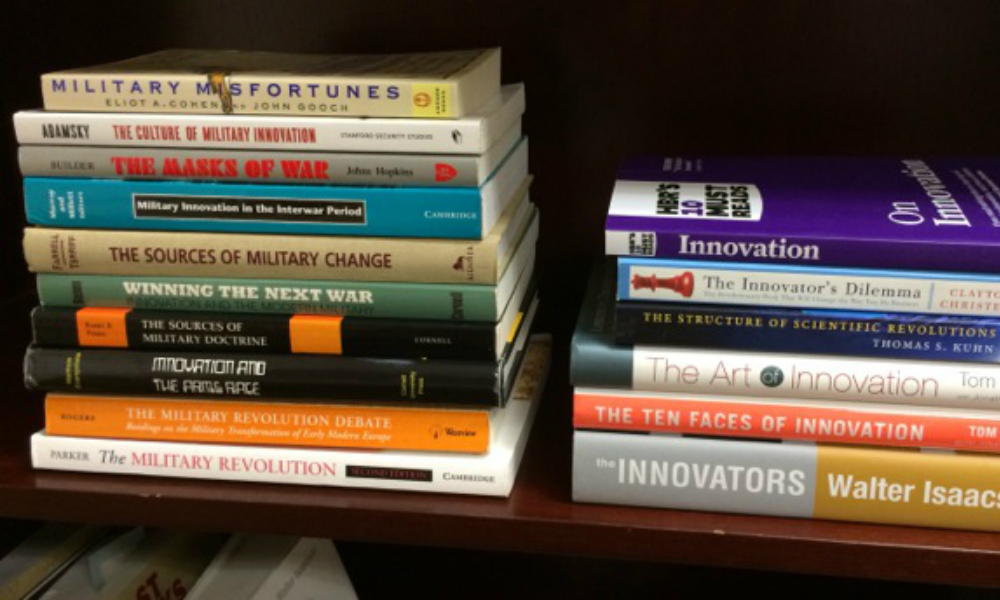 Editor’s note: This edition of War Books originally ran in 2015.

Currently, I’m sorting through traditional literature on military innovation and comparing it with contemporary works on private sector innovation. On one hand, books like Cliff Rodgers’ edited volume, The Military Revolution Debate, look at military innovation five centuries ago and weigh in on the role of technology and societal change as causes of military innovation. Stephen P. Rosen’s, Winning the Next War, features prominently for his observations on the importance of mainstream leaders being the catalyst for change. Barry Posen’s, The Sources of Military Doctrine, is important because it addresses external influences on military decision-making as well as the importance of civilian and military “alignment” regarding war. On the other hand, in The Innovator’s Dilemma, Clayton Christensen addresses the paradox of organizations being really good at one thing that unfortunately becomes the wrong thing—there are obvious lessons for the military here. And in The Innovators, Walter Isaacson looks at the circumstances and personal qualities of innovative “geeks” like Vannever Bush and Steve Jobs in causing innovation.

In the area of innovation, there is one little chapter in a somewhat obscure book, Innovation and the Arms Race, that sticks with me. Matthew Evangelista points out that the main reason the United States “out-innovated” the Soviet Union during the Cold War was due to America’s open society, where information flowed freely and where the best ideas were generated from the bottom up, not forced from the top down. (Clausewitz might say that creativity was free to roam). The power of that thought has been an inspiration for me while working for senior leaders and trying to “think up” from the bottom . . . literally thinking from the back of a crowded conference room. 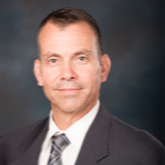 Stephen J. Mariano is the associate dean of outreach and research at the National War College and a retired US Army colonel. The views expressed are those of the author and not necessarily those of West Point, the Department of the Army, the Department of Defense, or any agency of the US government.
Share on Facebook Share
Share on TwitterTweet
Share on LinkedIn Share
Send email Mail
Print Print