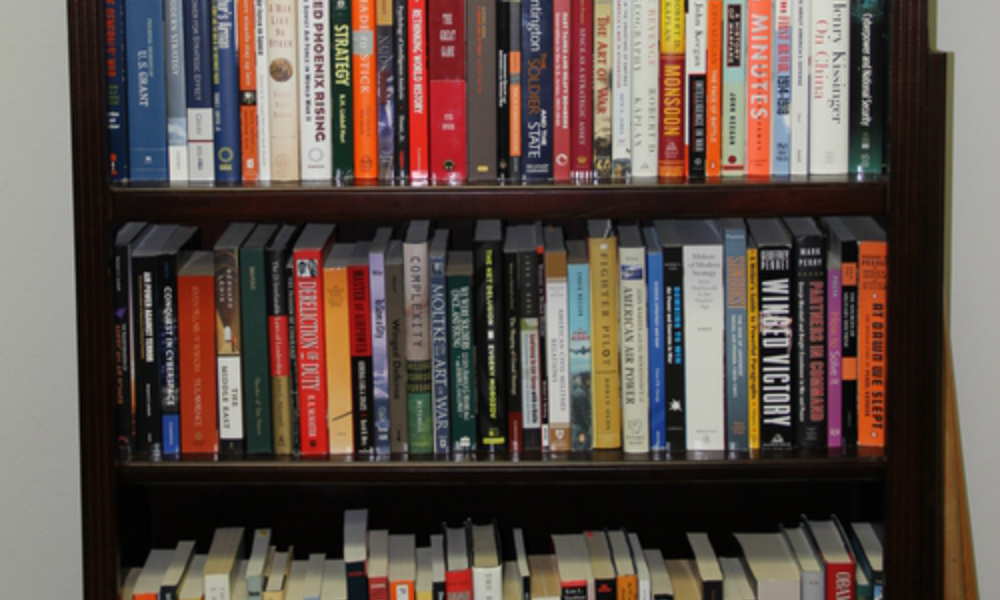 This book uses multiple lenses to view a given problem, especially a complex problem—a critical habit of mind.

Eric D. Beinhocker, The Origin of Wealth: The Radical Remaking of Economics and What it Means for Business and Society

An explication of dynamic, adaptive systems and methods for engaging with these systems to achieve advantage. It is important to deal with the world as it is rather than as we wish it to be; and this book is a huge step in that direction.

I read Clausewitz late, but it has become one of the lenses through which I evaluate all writing on war.

B.P. McCoy, The Passion of Command

The author uses “passion” in the classical sense: to suffer for love. It’s hard to find a better word to capture the imperatives of military leadership.

A great story of a multi-generational war brilliantly told and packed with heuristics for understanding war and peace.

I find this a difficult question. Each book we read shapes us in some way on first reading and again on re-reading, and it is often difficult to see than magnitude of that transformation. Forced to choose, though, I lean toward Robert Heinlein’s Starship Troopers. This was the first book I read, at the age of thirteen, that made me think and argue about war, history, civil-military relations, military service, and the reasons for the military life my father had chosen (and that I would also choose). Is this a book I would suggest every military officer must read? Probably not (though I suspect many to most have), but every professional argument since has a distant foundation in my initial conversations with Heinlein.

Eric M. Murphy is an actively serving Lieutenant Colonel in the US Air Force. The views expressed are those of the author and not necessarily those of West Point, the Department of the Army, the Department of Defense, or any agency of the US government