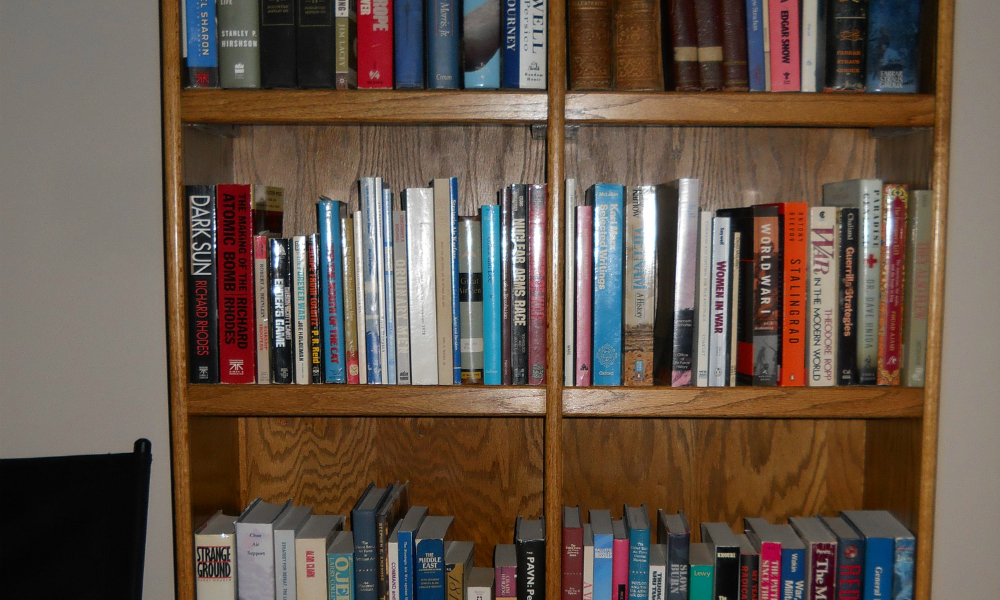 I find myself referencing this autobiography quite often when discussing the relationship between soldiers and civilians in politics and war.

This book provides incredible insight into the events that shaped one of America’s most controversial generals.

This is thee story of how a reserve battalion of “ordinary men” came to be active participants in the holocaust. This book should be mandatory reading as a cautionary tale for leaders of all types.

Richard Rhodes, The Making of the Atomic Bomb

A detailed telling of how the military and scientific community came together to develop the most destructive weapon in history. A great read for anyone who works as a leader in research and development or acquisition.

Daveed Gartenstein-Ross, My Year Inside Radical Islam: A Memoir

From the cover: “At twenty-three, I was a devout believer in radical Islam. I worked for a Saudi-funded charity in Ashland, Oregon, that was accused of funding al-Qaeda. Funny thing, I was born Jewish. At the time it all seemed pretty normal.”

This book helped me understand leadership at the basic level. I learned what motivates soldiers to fight. It tells of the sacrifices men, women, and children will make to defend their home. It taught me that although modern American warriors endure many sacrifices as they serve, so much more could be required of society as a whole.

Bill Neitzke is a retired US Air Force lieutenant colonel. During his career, he served in a variety of operational and staff assignments as an Aircraft Maintenance Officer, a KC-135 Pilot, an Operations Officer in a Contingency Response Group, an Aircraft Accident Investigator, and as an Air Advisor in Iraq and Africa. The views expressed are those of the author and not necessarily those of West Point, the Department of the Army, the Department of Defense, or any agency of the US government.
Share on Facebook Share
Share on TwitterTweet
Share on LinkedIn Share
Send email Mail
Print Print