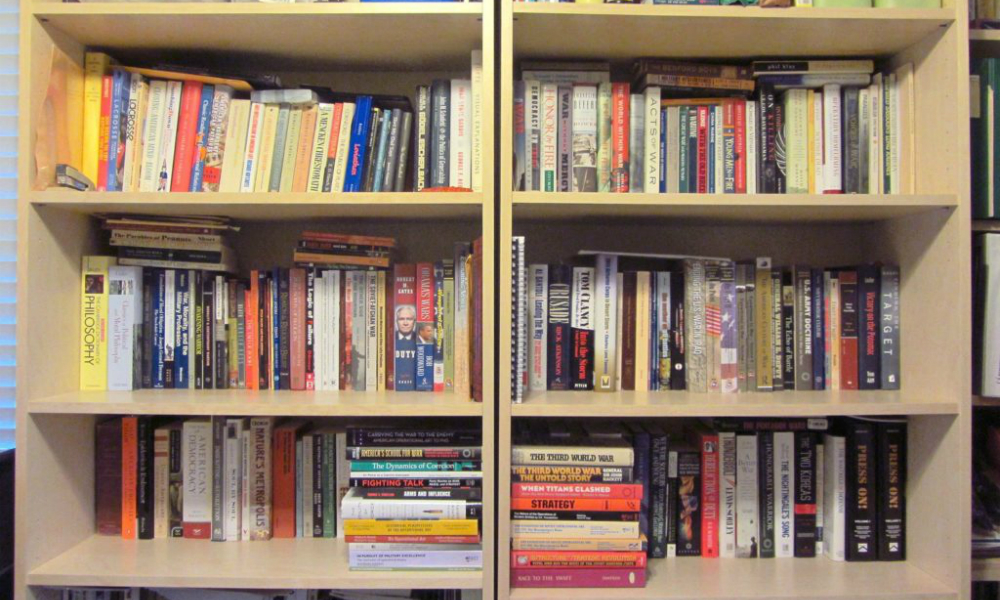 I was turned on to David Drake’s writing at the Armor Officer Basic Course. Drake considers Redliners the best thing he has ever written. I read it a lot after my second deployment as a campaign planner as I thought about what I could’ve done better.

For those who are in a hurry to get a distilled set of forty of Colin Gray’s theorems on the practice of strategic art, you can’t go wrong with Fighting Talk.

The first rigorous treatment of operational art in Soviet military literature opened the door to the hazard of inappropriate tactical focus, and its basic topic eventually became the focal point of my dissertation.

Jonathan Shay, Achilles in Vietnam: Combat Trauma and the Undoing of Character

Any net assessment of the realm of the possible for an American strategist needs to include knowledge of the American zeitgeist.

Sir Rupert Smith, The Utility of Force: The Art of War in the Modern World

This book was my lodestar on the use of the military instrument of national power as I was drafting the Army Strategic Planning Guidance in 2013. It also framed how I looked at the strategy–policy interface in practice in Afghanistan last year.

Lt. Col. Francis J. H. Park is an actively serving officer in the US Army. This essay is an unofficial expression of opinion; the views expressed are those of the author and not necessarily those of West Point, the Department of the Army, the Department of Defense, or any agency of the U.S. government