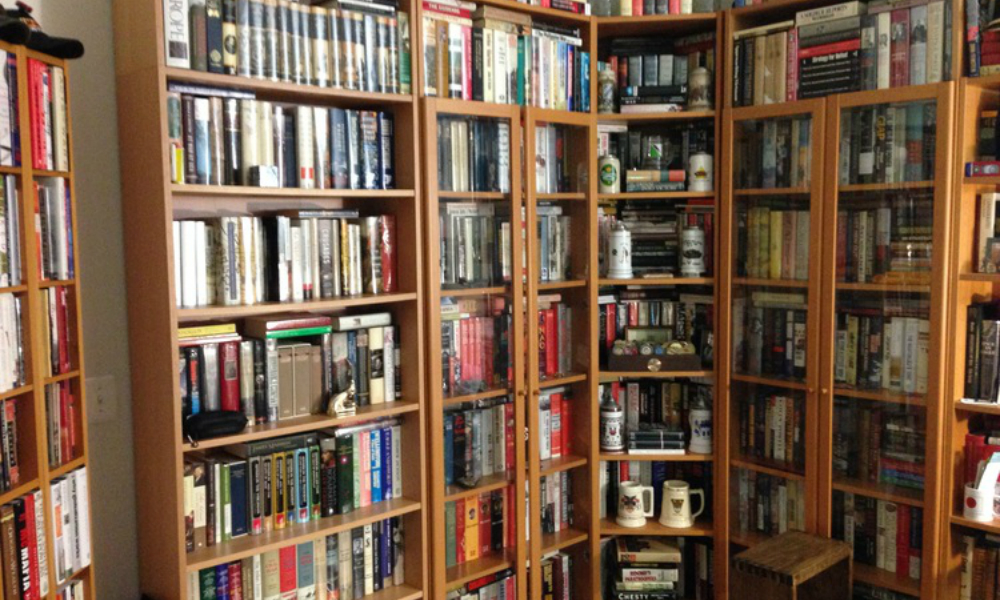 Eric Larrabee, Commander in Chief: Franklin Delano Roosevelt, His Lieutenants, and Their War

Roosevelt was one of the most active commanders-in-chief our nation has seen. Politics directly influenced the execution of our strategy in World War II more than is perhaps commonly acknowledged.

Azar Gat, A History of Military Thought: From the Enlightenment to the Cold War

Gat addresses the leading Western military theorists from Machiavelli to Liddell Hart in light of the social and intellectual contexts of their day. He provides a perspective that enriches understanding of the original works.

R.V. Jones was a scientist who also became an intelligence analyst through his efforts to counter German radar developments. This is an account from the person who masterminded Britain’s efforts in the Battle of the Beams, the contest in the electromagnetic spectrum, during the air war in Europe. Relative advantage in technology is transitory and requires concerted effort to maintain.

While parallels between the French and US efforts in Vietnam might be labored, this account of the decisive battle of the Indochina War is a cautionary tale about hubris and the effects of military operations on domestic policy, at the expense of the soldiers who fight the battles.

Field Marshall Slim was part of the British retreat and then led the 14th Army as part of the Allied counterattack to defeat the Japanese in Burma. His memoir is full of lessons on leadership and thinking through the complexities of conducting campaigns.

Richard Neustadt’s and Ernest May’s Thinking in Time: The Uses of History for Decision Makers describes not only the uses, but also the misuses of historical analogy for solving policy problems. Many defense intellectuals cite the similarities, or rhymes, of history. Fewer yet acknowledge the discordant notes or differences between comparative situations that allow one to understand the limits of the parallels. The ideas in this book are helpful in not just understanding how to approach problems, but also in identifying the myriad flaws prevalent in arguments made across the defense establishment.

Pete Hart is currently serving in the US Army as a lieutenant colonel. This essay is an unofficial expression of opinion; the views expressed are those of the author and not necessarily those of West Point, the Department of the Army, the Department of Defense, or any agency of the U.S. government