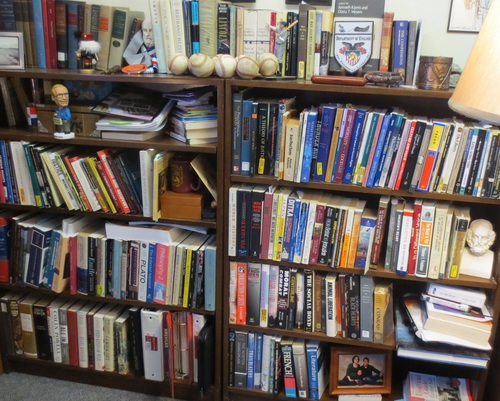 Aristotle, Nicomachean Ethics (the Martin Ostwald translation): While my cadets struggle with understanding sections of this book, patience is a virtue when studying Aristotle’s explanation of how to live a flourishing life.  A good start to evaluate the Army’s professional ethic, methinks, is to read this classic.

John Keegan, The Face of Battle: Focusing on the battles of Agincourt, Waterloo, and the Somme, Keegan not only discusses the war tactics but reveals the realities of war from the soldiers’ perspectives; it is one of Keegan’s best.

Eugene Burdick and William Lederer, The Ugly American: This political novel, written in 1958, explores the dangers of cultural arrogance, misrepresenting the other, and misguided foreign policy. Sound familiar?

Errol Morris, The Fog of War: Eleven Lessons from the Life of Robert S. McNamara: Tired of reading, yet?  Watch this movie to learn about the mistakes and lessons learned from McNamara’s life—from a deeply humanistic and insightful perspective—unless you’re deeply engrossed in Rumsfeld’s Known and Unknown.

Karl Marlantes, What It Is Like To Go To War: To complement Marlantes’s better-known Matterhorn, this pseudo-memoir provides a veteran’s perspective on how to deal with the ill effects of combat.

Michael Walzer, Just and Unjust War: I teach Walzer’s 40-year-old book almost every semester; read it as a sophomore in college; and return to it when debates center on the morality of war.  He highlights the complexity and tragedy of war… for those involved—from the soldier to the statesmen— and renews discourse about war by using the language of morality.  If one reads this book as only a criticism of the Vietnam War, or faults it for Walzer’s failure to maintain consistency, then one misses the importance of his complex discussion.  That is, the theory of justice in war has deep tensions that make wartime choices difficult and painful for both politicians and soldiers.  These tensions are the consequences of human-beings who try to decide between the dilemma of achieving victory and fighting morally.  As a result of the recent wars, Walzer’s work has regained attention and criticism from those who want to revise and reevaluate the effects of war.  Why doesn’t the 59 community do the same?

Saythala “Lay” Phonexayphova is actively serving in the US Army as a Major.This essay is an unofficial expression of opinion; the views expressed are those of the author and not necessarily those of West Point, the Department of the Army, the Department of Defense, or any agency of the U.S. government
Share on Facebook Share
Share on TwitterTweet
Share on LinkedIn Share
Send email Mail
Print Print