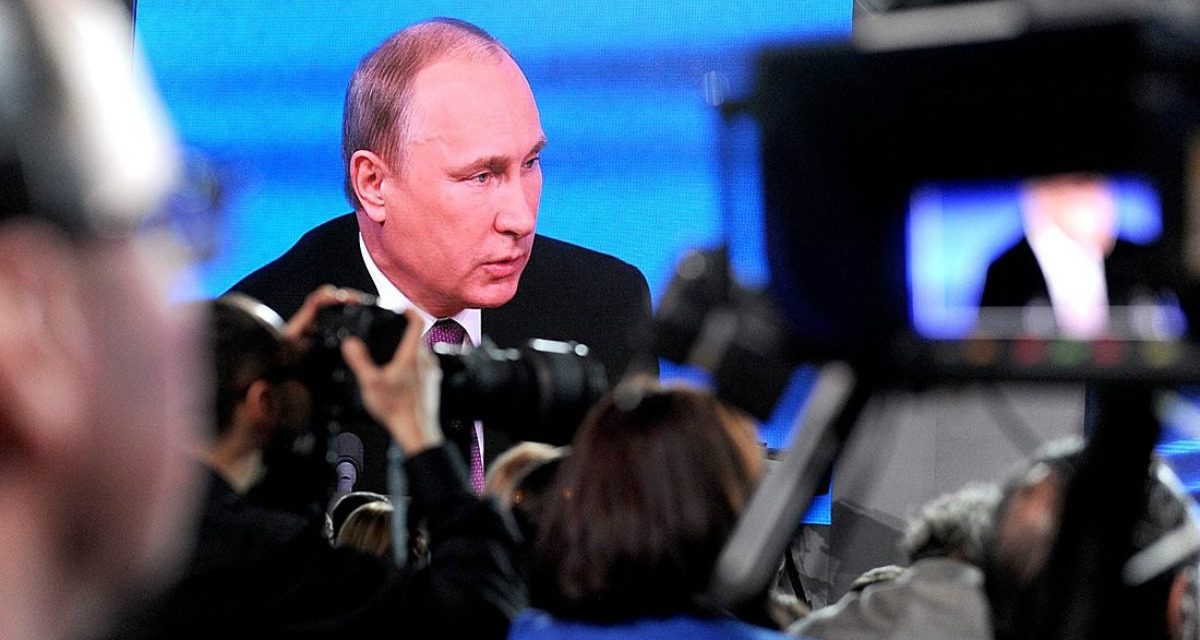 In 2011, a Russian Ministry of Defense white paper defined information warfare “as the ability to . . . undermine political, economic, and social systems; carry out mass psychological campaigns against the population of a state in order to destabilize society and the government; and force a state to make decisions in the interest of their opponents.” Russian information warfare is the subject of extensive debate among policymakers, soldiers, and scholars—as well as a tremendous amount of hype, confusion, and international finger-pointing. This is because, as I have discussed elsewhere, Russia’s own definition of the term is a neat summary of Kremlin paranoia over how a foreign power could subvert the government with a “color revolution,” as well as a description of what many Westerners fear Russia is doing to undermine democracies around the world.

The following books have helped me understand why information warfare has a unique place in Russian strategic culture.

To understand the role of information in Russian statecraft, you must understand Russian attitudes toward the role of information in politics and decision making. In this hilarious 1999 novel, Pelevin addresses “fake news,” “deep fakes,” post–Cold War US-Russia tensions, and even international conflict over information technology. While the plot runs parallel to ancient Mesopotamian prophecy (one of its many similarities to Neal Stephenson’s brilliant Snow Crash), it touches on themes that are intensely relevant today. In Pelevin’s Russia, all politics is merely the techno-manipulation of populations by governments. “By his very nature,” a shadowy advertising executive explains at one point, “every politician is just a television broadcast.” This novel shows why Russian strategists think democracies can be manipulated—or, put another way, why they suspect all democracy is manipulation.

This book must be read with caution—but still shouldn’t be overlooked by students of Russian information warfare. Pacepa, a former chief of Romanian intelligence who worked closely with the KGB on disinformation operations during the Cold War, gets the theory behind Soviet disinformation right. “IF YOU ARE GOOD AT DISINFORMATION, YOU CAN GET AWAY WITH ANYTHING,” the KGB disinformation manual declared, in all caps, on its first page. Pacepa believes this too, and he probably overrates the impact of Soviet disinformation, especially when he unfairly accuses many Western politicians of being communist stooges. However, some of his other seemingly implausible claims, such as that the KGB pinned the Kennedy assassination on the CIA through an extensive disinformation campaign, have been corroborated by the work of historians. This book is a valuable introduction to the way former Cold Warriors on the other side of the former Iron Curtain still think about the value of deception.

Andrei Soldatov and Irina Borogan, The New Nobility: The Restoration of Russia’s Security State and the Enduring Legacy of the KGB

The Russian intelligence services play a leading role in information warfare. Russian investigative journalists Soldatov and Borogan provide a valuable account of how the Russian intelligence services actually work. They see the weaknesses of those services more clearly than some Westerners, and in particular provide the most clear-eyed and accurate accounts of the 1999 Moscow apartment building bombings (which many suspect were a Russian false flag operation; Soldatov and Borogan argue they were not) and the disastrous 2002 Dubrovka Theater siege (which they observed in person).

Andrei Soldatov and Irina Borogan, The Red Web: The Kremlin’s War on the Internet

In this volume, Soldatov and Borogan examine the history of the Russian internet since the 1980s, and the Soviet and later Russian state’s obsessive attempts to censor it, which are driven in part by fears of foreign “hybrid warfare” and “color revolutions.” They see the limits of Russian censorship and information manipulation more clearly than many foreign commentators. While Russian efforts to disrupt free political discussion have been mostly effective, Soldatov and Borogan find that there is still room for free expression on parts of the Russian internet despite the Russian security organs’ best efforts.

Peter Pomerantsev, Nothing is True and Everything is Possible: The Surreal Heart of the New Russia

Like Pelevin’s Generation П, this book helps the student of Russian information warfare understand how Russian leaders manipulate domestic politics—employing a toolkit they can adapt for international use. Pomerantsev argues that Russia is a “postmodern dictatorship” that is controlled through the manipulation of television and the media. This political system is both uniquely Russian and also a product of globalization. As a former producer of Russian TV, Pomerantsev is able to provide an intimate account of how it functions. He introduces the reader to gangsters, gold diggers, oligarchs, and servitors, notably the fascinating Kremlin ideologist and former Russian deputy prime minister Vladislav Surkov, who when he’s not collecting pop art has played a key role in Russia’s covert war in Ukraine.

Arkady Ostrokovsky, The Invention of Russia: The Rise of Putin and the Age of Fake News

Ostrokovsky is a journalist and editor at The Economist. He provides a valuable and provocative account of the resurgence of Russian populist nationalism, and also provides a general account of Russian politics since 1991. Because, Ostrokovsky argues, Russia is an “idea-centric country,” the key to understanding Russian politics is understanding Russian ideas. While not every reader will agree with this thesis, his defense of it provides essential context about how Russia sees its place in the world and the narratives that the Russian government promotes internationally.

In a world where some see Russian conspiracies everywhere, it’s essential to understand what Russian information warfare is not. Information warfare is sometimes wrongly conflated with the Cold War practice of “active measures” or seen as part of a broader strategy of “hybrid warfare.” But the Russian concept of gibirdnaya voyna (the literal translation of hybrid warfare) is a very different thing from the hybrid warfare typically discussed in American staff colleges. To make matters worse, the West and Russia both claim hybrid warfare is an approach used by the other side. Fridman explains how Russia and the West got into such an insane blame-game in this fascinating volume, which is about the idea of hybrid warfare rather than its practice.

Russian information warfare isn’t all about subversion; it has an important military-technical component that shapes how Russian leaders think about information technology. When Peters wrote this novel in 1989, he was a young intelligence officer in Europe. It imagines a Soviet ground invasion of West Germany. While the specific scenario is now implausible, his Soviet officers often sound like they’re at a contemporary conference on the future of war. One chief of staff is struggling with bandwidth issues, automated battle command systems, and general information overload. And in the most compelling subplot, a KGB officer, Colonel Shtein, is tasked with a key deception operation and has to convince maneuver commanders of the importance of informational objectives, while finding time to muse on the philosophy of Arthur Schopenhauer. It’s worth revisiting today.

Capt. T.S. Allen serves as an intelligence officer in the US Army Asymmetric Warfare Group.