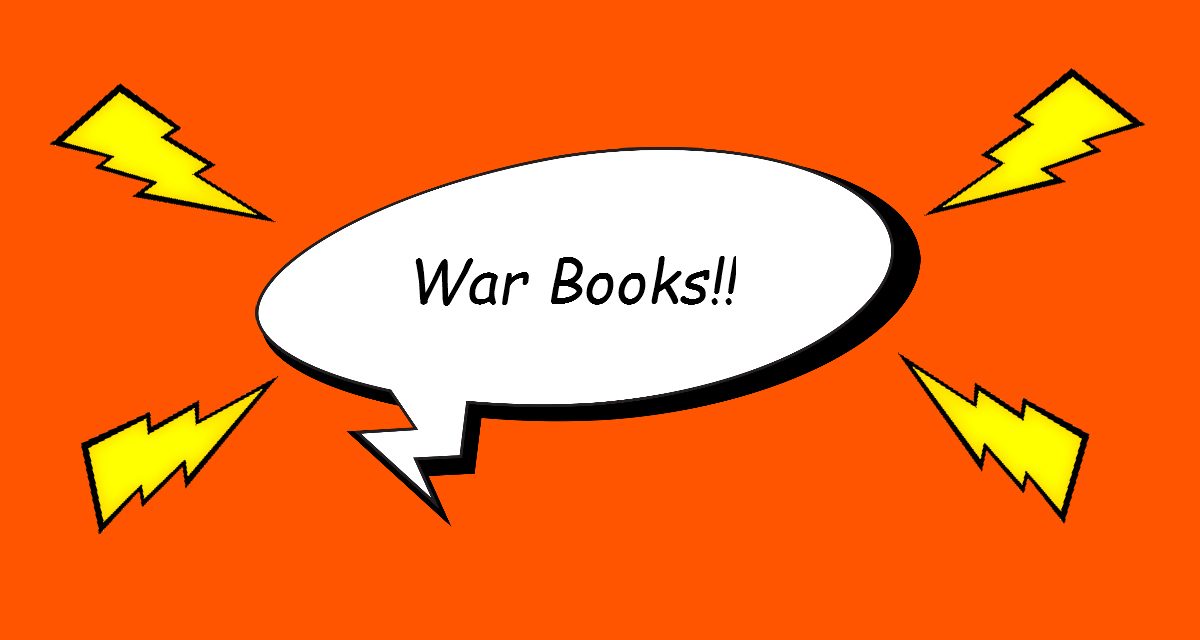 Editor’s note: In a September 2017 special edition of MWI’s War Books series, best-selling author and MWI non-resident fellow Max Brooks offered a list of comic books to read for military professional development, arguing that the genre represents “one of the most important but least respected means of education.” He’s back with a follow-up list of titles for those looking for a unique but powerful complement to the biographies and history books that make up traditional reading lists.

Days of Darkness
Written and illustrated by Wayne Vansant

Most World War II stories we hear center around America’s victories such as Normandy or Iwo Jima. Days of Darkness discusses our defeats. Vansant follows the Cahill family through the early months of the conflict, beginning just before Pearl Harbor and carrying through the nightmare of the Bataan Death March. Days of Darkness shows what humans are capable of in the face of adversity. Just like the rest of the country, the Cahill family must dig deep to find the courage and resilience to fight on when victory seems nearly impossible.

The Arab of the Future 3: A Childhood in the Middle East, 1985–1987
Written and illustrated by Riad Sattouf

This is the latest installment of the Franco-Syrian artist’s graphic memoir. Sattouf’s parents continue to struggle to make a life in 1980s Syria. His French mother endures endless battles with her husband’s traditional Arab family. His Western-educated father grows increasingly frustrated with the corruption and backwardness of Assad’s regime. Spoiler alert—they end up heading to a land of enlightened, forward-thinking opportunities: Saudi Arabia!

This is the story of a Canadian First Nations war hero. Tommy earned his title as a member of the elite, US-Canadian “Devil’s Brigade.” Sniper, saboteur, and at one point, plain-clothes spy, Prince fought his way across Europe to become one of the most decorated First Nations soldiers in the entire war. And despite his service in both World War II and Korea, he wasn’t allowed to vote or accept veteran’s benefits unless he renounced his Indian status.

The Ukrainian and Russian Notebooks: Life and Death Under Soviet Rule
Written and illustrated by Igort

The title may be a misnomer, because while this book does focus on Stalin’s horrific purges in early Soviet Ukraine, it goes on to discuss the conflict and atrocities in Chechnya. It details the obstruction, harassment, and eventual murder of Russian journalist Anastasia Baburova and human rights lawyer Stanislav Markelov. Igort makes no bones about the identity of the murderers and pulls no punches when illustrating acts of torture or forced starvation.

This collection features war stories by various writers and artists, all centered on those who’ve won India’s highest military decoration—from the earliest days of independence to the 1999 Kargil War. While many of the stories focus on the continuing conflict with Pakistan, one incident, involving Capt. G.S. Salaria, focuses on the Indian contingent in a UN peacekeeping mission in 1961 Congo. Far from home, in the middle of a civil war, this complex morass stands as a model for what continues to face similar US and UN missions around the world.

Waltz With Bashir: A Lebanon War Story
By Ari Folman and David Polonsky

This is a graphic adaptation of the animated movie written and directed by Ari Folman. The 1982 Lebanon War has been described as “Israel’s Vietnam” and this story could perfectly mirror the experiences of many Vietnam vets. Nearly thirty years after the conflict, several Israeli veterans struggle with what they witnessed in Lebanon. The story specifically focuses on the Sabra and Shatila massacre, where Palestinians and Lebanese Shiites were slaughtered by the Phalange militia. Israeli veterans wrestle with their own doubts about what could have been done sooner or how the murders could have been prevented before they began.

This autobiography is similar to Riad Sattouf’s The Arab of the Future series. Born in Mosul in 1959, Findakly writes about growing up in the cradle of civilization, the “birthplace,” as she calls it, of “writing, the wheel, and beer.” Throughout her life, including those times she returned after emigrating to France, Findakly details the steady decline of a once prosperous, hopeful nation. Through wars, coups, dictatorship, and more wars, she puts a human face on what most Americans see as just uncomfortable headlines.

Max Brooks is an author, public speaker, and non-resident fellow with the Modern War Institute at West Point. He is the author of World War Z and The Harlem Hellfighters and co-editor of Strategy Strikes Back: How Star Wars Explains Modern Military Conflict and the forthcoming Winning Westeros: How Game of Thrones Explains Modern military Conflict.