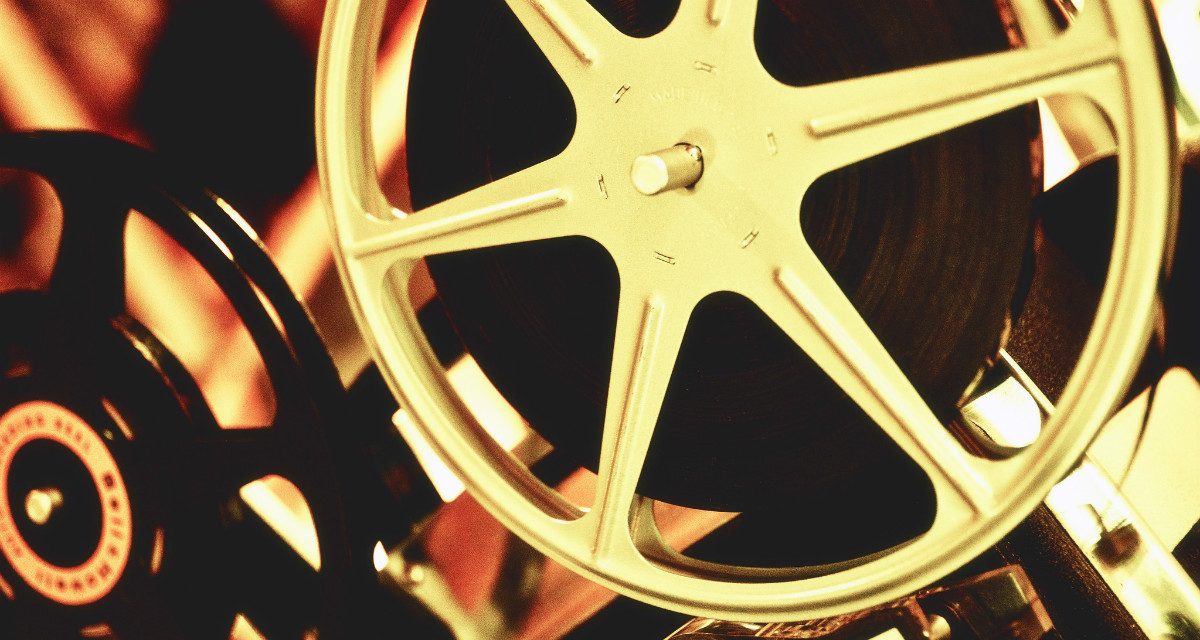 Early in my military career I had a supervisor who often used quotes from war movies in everyday conversation and grew frustrated when doing so garnered blank looks. Hence he lent my peers and me stacks of movies (yep, on VHS tape) to help increase our movie IQ. This initial military education spanned genres and included films such as Hamburger Hill, The Green Berets, Force 10 from Navarone, Private Benjamin, Stripes, and others.

I soon learned that certain war films have become ingrained in military culture, and a well-timed movie quote or reference can sometimes communicate a great deal. Years later, I was fortunate to run a war movie series at graduate school, which helped spark discussion on various topics spanning the tactical and strategic levels of war—again, reinforcing the relevance of such films.

Acknowledging the many possible criteria of a “great” film, I’m going to go out on a limb and propose seventeen great war films. To be sure, these choices are highly subjective. They largely reflect my personal preferences, and many will undoubtedly disagree with my picks or will argue I overlooked other deserving films (spoiler alert: I did not include documentaries on this list). But in my opinion the following films successfully encompass diverse aspects of war, they all stand up to multiple viewings, and they all meet my personal threshold of being “great.”

Leadership and the Challenges of Command

Twelve O’Clock High (1949). What is the “maximum effort” that any unit can put forth in combat? Twelve O’Clock High explores how a US bomber group tries to cope with an incredibly difficult mission during World War II. Gregory Peck gives a terrific central performance as the commander who employs unconventional techniques to try to achieve success—and who must ultimately try to hang on to his own mental health.

The Caine Mutiny (1954). This one would be worth it simply for Humphrey Bogart’s unforgettable performance as Capt. Queeg. But the film is also much more than that. Based on the brilliant 1951 novel by the recently deceased Herman Wouk, this is a masterful study on military leadership. Multiple viewings might very well prompt you to draw different conclusions as to who was truly “right” or “wrong” among the crew of the USS Caine.

The Bridge on the River Kwai (1957). Boosted by a standout performance by Alec Guinness, this film delves into the knotty choices confronted by British POWs held in a Japanese camp during World War II. What do concepts such as “discipline” and “honor” mean when you are being held prisoner and forced to help the enemy? Could the best of intentions lead you astray in such a situation?

Patton (1970). George C. Scott is remarkable in the title role. His opening speech is, of course, brilliant and iconic, but I’d argue what really makes the film unforgettable is the ongoing back and forth between Patton and his opposite, Gen. Omar Bradley, played by Karl Malden. The tension between their opposing styles of leadership helps define the film.

Breaker Morant (1980). This military courtroom drama set during the Boer War explores how standard rules of engagement might or might not apply in a messy guerrilla war. Expertly acted with sharp dialogue, the film has many key themes and complexities that still resonate decades later in our thorny post-9/11 conflicts.

Master and Commander: The Far Side of the World (2003). Based on the book series by Patrick O’Brian, Master and Commander makes you feel you are truly there, experiencing life in the early 1800s aboard the HMS Surprise as it plays cat and mouse with the French privateer Acheron. Russell Crowe turns in an outstanding performance as Capt. Jack Aubrey, and Paul Bettany is excellent as the doctor who doesn’t always see eye to eye with the captain. This is a truly phenomenal and enthralling film. Special mention goes to the excellent battle scenes, the top-notch musical score, and the entire Galapagos sequence.

War at the Tactical Level and Small-Unit Combat

Saving Private Ryan (1998). Although we can quibble about its minor shortcomings, ultimately Saving Private Ryan is about as close to a “perfect” war film as you could imagine. From its breathtaking portrayal of the Omaha beach landing, to the timeless “damned if you do, damned if you don’t” decisions that combat leaders must inevitably make, this is an astonishing cinematic achievement. With the recent seventy-fifth anniversary of D-Day, Saving Private Ryan is a tribute to the brave warriors who helped liberate Europe and dismantle fascism, and a brilliant examination of the complex nature of war itself.

Black Hawk Down (2001). A brutally realistic and visceral depiction of modern war, Black Hawk Down was released shortly after the 9/11 attacks—yet it depicted the character of post-9/11 combat better than practically every subsequent film. In the years since, countless other movies, TV series, and video games have tried (unsuccessfully) to recapture the essence of this modern classic. Also, like other ensemble war films, this one is replete with actors who would go on to become even bigger stars. Mandatory viewing for every Army Ranger.

We Were Soldiers (2002). When the trailers for We Were Soldiers first came out, it seemed to resemble a somewhat by-the-numbers war film. Yet it tackles the 1965 Battle of Ia Drang so well, and with such intensity, it becomes easy to overlook the slight lack of originality. The film depicts one US battalion’s efforts to survive against a far larger North Vietnamese force. It also portrays the nascent air-mobile tactics employed and illustrated the heartbreaking toll of war on the home front before other films like American Sniper came around. A must-see for anyone who ever served in the 1st Cavalry Division.

War at the Strategic Level

Dr. Strangelove (1964). A black comedy about nuclear apocalypse, Dr. Strangelove is the first of two films directed by Stanley Kubrick on this list, and it truly has it all. Brilliant survey on civil-military relations? Check. Stinging commentary on nuclear deterrence? Check. Riding the bomb to the point of impact while waving a cowboy hat? Check. And remember, you can’t fight in the war room.

Thirteen Days (2000). OK so maybe Thirteen Days isn’t exactly a “war” film per se. It also takes some historical liberties by boosting the prominence of Kenneth O’Donnell (played by Kevin Costner) to help the narrative flow. But Thirteen Days gets many other details correct, and it provides a riveting portrayal of the Kennedy administration’s successful effort to confront the Soviets during the Cuban missile crisis while averting a potential nuclear holocaust.

Path to War (2002). A captivating HBO film that explores the Johnson administration’s descent into Vietnam. Michael Gambon’s portrayal of a tormented LBJ is spot-on, and Alec Baldwin turns in an against-type performance as Robert McNamara that is also quite memorable.

The Horror of War

Apocalypse Now (1979). In the same decade that he directed The Godfather (parts I and II), Francis Ford Coppola also delivered this bold, trance-like take on the Vietnam War. No one who watches this film can forget Robert Duvall as Lt. Col. Kilgore (“I love the smell of napalm in the morning”), nor Brando’s portrayal of the unhinged Col. Kurtz. The atmosphere and imagery of Apocalypse Now are especially haunting, as Martin Sheen guides us on a dark journey through the horrors of war.

Full Metal Jacket (1987). Throughout his career, director Stanley Kubrick took cinematic risks while tackling diverse and controversial subject matter. In this film he follows the protagonist “Joker” from his deeply unsettling training regimen at Parris Island to the depths of Vietnam. Without question, it is extremely dark and disturbing stuff. But once seen, it is difficult to ever forget, particularly Gunnery Sgt. Hartman’s troubling interactions with Pvt. Gomer Pyle (“a jelly doughnut?”).

Dead Presidents (1995). What happens when surviving as a veteran back home is even tougher than surviving the war itself? This hard-hitting film by the Hughes brothers follows a young African American (played by Larenz Tate) who serves as a Marine in Vietnam and then returns home to the Bronx to find his life in pieces, with seemingly no good options but turning to armed robbery.

Rescue Dawn (2006). Christian Bale plays Dieter Dengler in this emotional true story of a German-born US Navy pilot who is captured during the Vietnam War and subjected to torture and starvation after he refuses to sign a statement condemning America. It is moving and impactful tale of survival that stays with you long after watching it.

Dunkirk (2017). Christopher Nolan is one of the most talented directors working today, and in Dunkirk he delivers gripping action across the air, land, and sea. In the film, characters struggle to stay alive against the Nazi war machine, which is on the verge of achieving a stunning military success by pushing Allied forces in France back into the sea. And in a Nolan-esque twist, the film’s multiple narrative arcs play out across differing time horizons, eventually intersecting near the film’s end.

Movies that were deliberately left off this list: Pearl Harbor, The Hurt Locker.

Brendan Gallagher is a US Army lieutenant colonel in the infantry with multiple deployments to Iraq and Afghanistan. He holds a PhD from Princeton and is currently a battalion commander. He is the author of the book The Day After: Why America Wins the War but Loses the Peace (Cornell University Press, forthcoming release on September 15). The views expressed are those of the author and do not reflect the official position of the United States Military Academy, Department of the Army, or Department of Defense.