War Books: The Art of the Decision 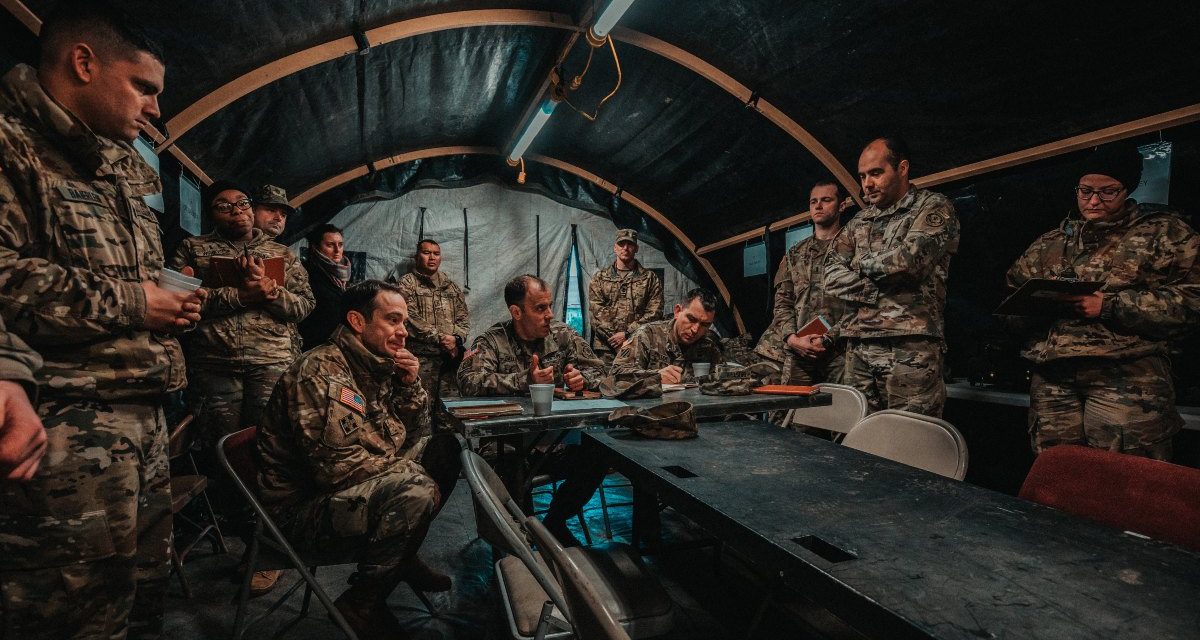 “Choices are the hinges of destiny”

Each fall, when I gather my graduate students together for the first time in my strategic leadership course, I begin by offering a thought. Traditionally, when we teach decision-making, our focus is sufficiency: leaders must learn to make the best decisions possible with the information available to them at the time. Instead, perhaps our focus should be temporal: leaders must learn to make qualitatively better decisions faster than their opponent. Or, in the case of a noncompetitive environment, faster than the situation around them evolves. In the art of decision-making, time is the one resource you will never have in sufficient quantity.

Acknowledging the scarcity of time compels the decision maker to confront a fundamental dilemma: the longer a decision is delayed, the higher the likelihood of failure. As a result, effective leaders must learn to embrace risk, forge intuition, and relentlessly seek the types of experiences that fuel judgment. Such leaders recognize that they will never have the clarity of information necessary to make a perfect decision. Their decisions are bold, audacious, and often “gut calls” driven by phronesis: a practical form of wisdom derived from learning and experience.

Coming full circle, classroom discussion inevitably brings us back to where we began. If we want to teach leaders to be better decision makers, where do we start? My students’ reading list is several pages long and includes books tracing back hundreds of years, but there are five books I recommend to begin their journey into the art of the decision.

This was one of the first books I read during my time in the School of Advanced Military Studies. It’s also one of the two books that left the most lasting impression. In Sources of Power, Klein explores the art of decision-making through the science of human behavior. His ability to seamlessly weave the two together is unrivaled. In doing so, he reveals not just how we make decisions, but why we make the decisions we do. At the core of Sources of Power is Klein’s study of mental models, the cognitive structures that shape our decisions. Learning to be a better decision maker begins with understanding how those structures are formed and what you can do to improve them and, in turn, your decisions.

Much of the art of the decision lies in our understanding of behavioral science. Kahneman’s decades of research prove invaluable in grasping the finer points of how our minds work. In Thinking, Fast and Slow, he explains the dichotomy between the two ways in which the brain makes decisions: system 1 (relatively rapid, unconscious decisions driven by familiarity) and system 2 (slower, more deliberate decisions made consciously in less familiar circumstances). Underpinning both systems are heuristics—mental processes we use to rapidly form judgments, make decisions, and solve complex problems. Together, Kahneman and Klein present probably the most formative case for understanding how and why we make the decisions we do, which is arguably far more important than the decisions themselves.

As much as we focus on making the right decisions, the wrong decisions still continue to plague us. Dorner focuses in on the thinking traps, biases, and tendencies that lead decision makers awry. Those patterns of thought conflict with even the best mental models to produce often disastrous outcomes. We fail to account for cause-and-effect relationships, rely too heavily on iterative thinking, or ignore the interrelated nature of our environment. I relied heavily on Dorner’s research to better understand critical decisions made in three separate battles: Little Big Horn, the Ia Drang Valley, and Mogadishu. In each case, the lengths to which individuals went to overcome their own decision-making biases had a profound impact on the outcome of those battles. The Logic of Failure is an exploration of self-awareness, laying bare the flaws in our thinking that give root to our capacity to err in our decision-making.

Malcolm Gladwell, Blink: The Power of Thinking Without Thinking

There is a lot to like in Blink, from Gladwell’s treatment of “thin slicing” (making sound decisions with minimal information) to the revelation that too much information often clouds judgment (often leading to “analysis paralysis”). But the book’s fourth chapter is arguably the most valuable to the art of the decision. Recounting the debacle of Millennium Challenge 2002, Gladwell tells the story of how retired Marine Corps Lt. Gen. Paul van Riper—filling the role of the red team commander—leveraged “rapid cognition” to defeat the scenario in “five, maybe ten minutes.” I spent a week with van Riper during an exercise in 2005, during which he shared many of the observations highlighted in Blink. The lesson that stood out to me: a leader willing to empower subordinates with decision-making authority will exponentially accelerate the decision cycle while achieving a level of innovation otherwise unattainable.

Dan Heath, Upstream: The Quest to Solve Problems Before They Happen

Dan Heath and his brother, Chip, have long been library staples in my office. Books such as Switch and Made to Stick are entertaining reads that offer an endless supply of valuable lessons. Upstream, however, is a metaphor for the true art of the decision. Reactive decision-making, what Heath refers to as “downstream,” tends to be the norm since the outcomes are more tangible and easily measured. Reacting to an enemy action (“right of boom”) might result in a decisive battle marked by acts of individual heroism but acting “left of boom” could prevent that battle, be equally decisive, and save countless lives. It’s a mindset change that redefines how—and when—leaders make critical decisions.

Steve Leonard is a Senior Fellow at the Modern War Institute at West Point; the co-founder of the national security blog, Divergent Options, and the podcast, The Smell of Victory; co-founder and board member of the Military Writers Guild; and a member of the editorial review board of the Arthur D. Simons Center’s Interagency Journal. Published extensively, his writing focuses on issues of foreign policy, national security, strategy and planning, leadership and leader development, and, occasionally, fiction. An alumnus of the School of Advanced Military Studies, he led the interagency team that authored the US Army’s first stability operations doctrine, spearheaded the reintroduction of operational art into capstone doctrine, and wrote the guiding principles for the Army Design Methodology. He is the author, co-author, or editor of four books, numerous professional articles, countless blog posts, and is a prolific military cartoonist.