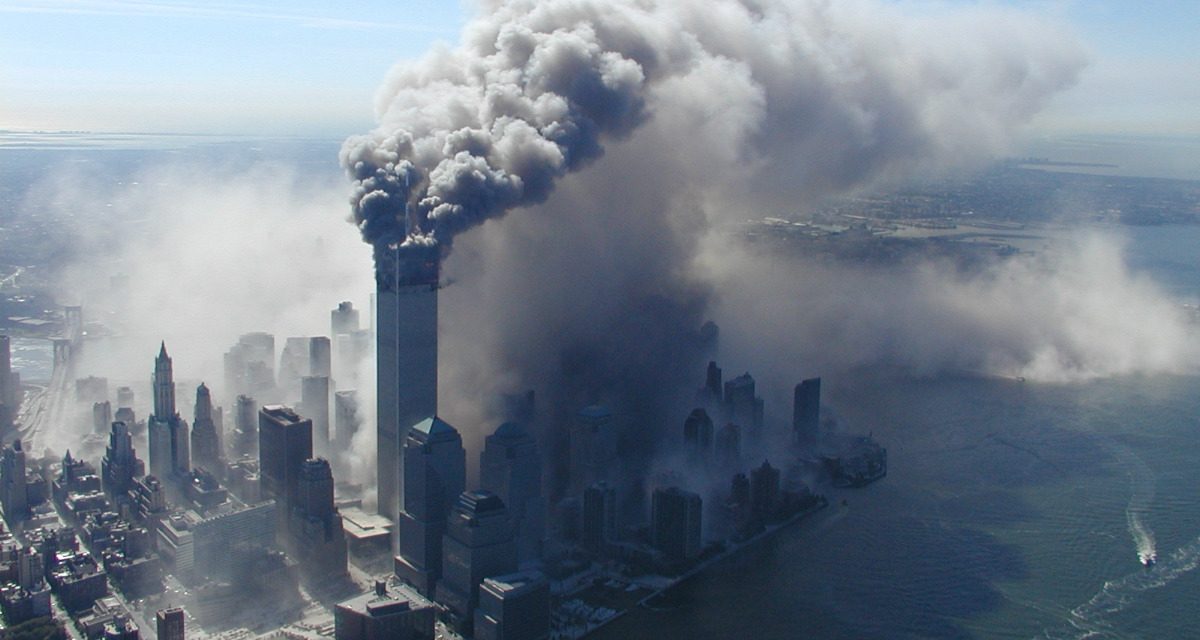 Sixteen anniversaries of 9/11 have now come. Sixteen. For many reasons, mostly obvious, we place the attacks of that day in a category with Pearl Harbor: both were national tragedies, both inflicted unprecedented death tolls on American soil, both were criticized as intelligence failures, and both launched America into war. Of course, for most Americans, December 7 passes each year with maybe a general awareness, perhaps a moment of acknowledgement when FDR’s words—“a day that will live in infamy”—work their way into our consciousness.

But on each anniversary of 9/11, a host of TV networks still show documentaries about the attacks and their aftermath. It is still occasion for a multitude of think pieces to emerge into the sunlight—some new and important, others less so. Of course, sixteen anniversaries are a lot fewer than seventy-five. Yet, it’s hard not to wonder whether on December 7, 1957, the sixteen-year anniversary of the Pearl Harbor attacks was marked as prominently as that of 9/11 is today. I don’t expect that it was.

Of course, by 1957, the post-war US occupation of Japan had been formally over for a number of years, we were at peace with Japan, and America had moved on to other dominant security challenges. We had managed our way through the Berlin Blockade, we had already fought a new war in the region, in Korea, we had flexed our muscle independently during the Suez Crisis, and the Cold War had taken its position as the paradigm through which we viewed US security.

But sixteen years on from the 9/11 attacks, our men and women in uniform are still in the country where the attacks were planned, we’re still trying to figure out the right mix of inputs to get an optimal—or even acceptable—strategic output there, and we’re struggling to confront the ideology that underwrote those attacks, around the world and at home.

And if those facts are in part why we still feel this solemn anniversary so strongly, why we mark it like we do—why that day really doesn’t feel very long ago—then perhaps a worthy addition to the many articles that will be published today would be one that seeks to understand this event, the enduring threat, and our ongoing commitment to countering it.

To that end, the following five books are valuable tools with which to think about 9/11, its causes, its aftermath, and the threat we face today. The list is, of course, not comprehensive. But each has played a role in illuminating these issues to me, and I’m confident that they will for others, too.

Lawrence Wright, The Looming Tower: Al-Qaeda and the Road to 9/11

That this book is inarguably the most widely known background of al-Qaeda and the genesis of the attacks against New York and Washington is for good reason. There are many others that tackle the task of delivering a biography of the organization, but Wright’s 2007 work remains among the best. Well researched and accessibly written, if one book can not only tell al-Qaeda’s story but also provide a clear lens through which to understand the group, this Pulitzer Prize winner is it.

This book’s central thesis seeks to explain how religiously oriented terrorist groups function. But its greatest value, in the context of this list, is its explanation of how the Taliban took control of an Afghanistan that had been riven by civil war. With Afghans faced by an oppressive mix of government corruption and violent warlord opportunism, something as simple as making the country’s most important highway safe for people to travel is a powerful success with which to earn popular support. Re-reading this book again recently, I couldn’t help but contrast our own efforts in the country, which appear by comparison both often unsuccessful and perhaps misdirected.

Robert R. Fowler, A Season in Hell: My 130 Days in the Sahara with Al-Qaeda

Fowler was a Canadian diplomat working as a representative of the United Nations secretary-general in Niger when, in 2008, he was kidnapped by members of the al-Qaeda organization in the region. Released four months later, this memoir of his time in captivity sheds fascinating light on two aspects of the global jihadist movement, such as it is. First, the role of a charismatic leader who inspires followers to join a violent cause is made manifest in the shadowy and elusive form of Mokhtar Belmokhtar, commander of the forces that captured Fowler. Second, the relationship between Belmokhtar, al-Qaeda senior leadership, and other jihadists operating in the region offers a telling glimpse into the series of schisms that has dramatically reshaped the jihadist milieu in the past sixteen years.

William McCants, The ISIS Apocalypse: The History, Strategy, and Doomsday Vision of the Islamic State

A number of books about ISIS have been published since it supplanted the group responsible for the 9/11 attacks, but McCants has given readers one of the best. He explains how the group’s ruthless—and shrewd—strategy propelled it so rapidly into a position of dominance over al-Qaeda and power in Iraq and Syria. It is particularly worth reading now, as the group finds itself on its back foot in the region but still at the core of a threat that has increasingly been brought back to Western streets.

J.M. Berger, Jihad Joe: Americans Who Go to War in the Name of Islam

Berger’s book about homegrown terrorism is not the newest to have been published. It was written in 2009, and while another generation of Americans have taken up arms for ISIS or planned attacks at home, this book offers the most balanced view I have encountered of why they have done so. Berger blends an assessment of radicalization patterns with deep research into a wide range of cases that plays to his strengths as an investigative journalist to produce an excellent work on the nature and the magnitude of the threat posed by homegrown terrorists.