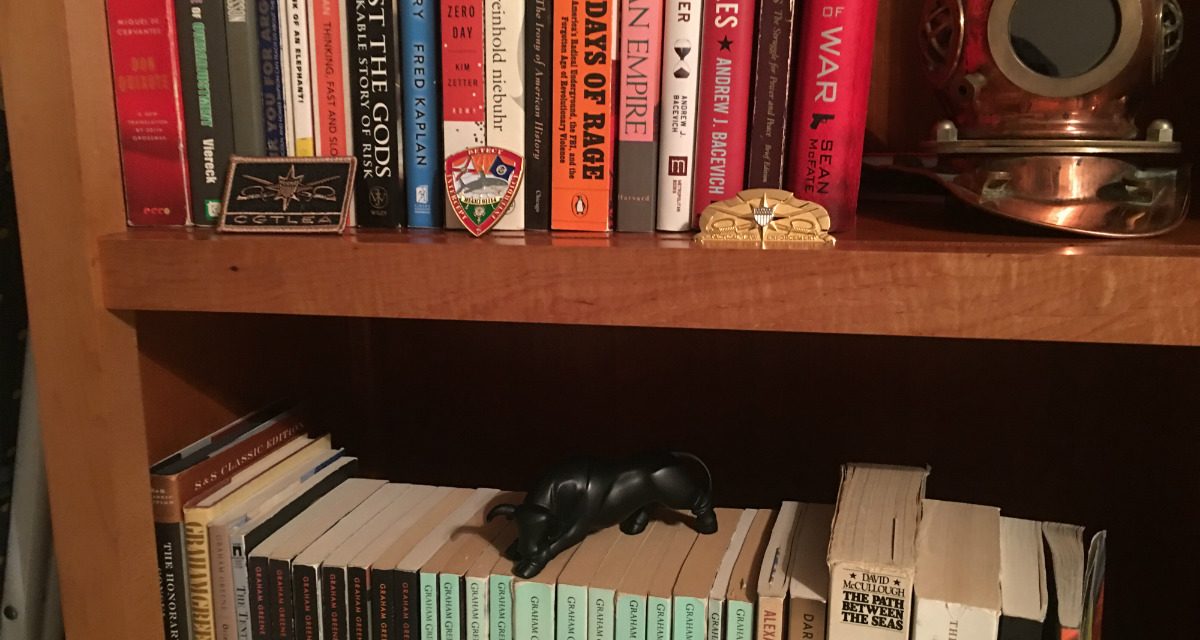 As political tensions rise in Venezuela and Iran marks the fortieth anniversary of its revolution, now is an excellent time to reflect on the range of challenges—short of outright, major armed conflict—that states must successfully address in the name of national security. Iran and Venezuela serve as excellent reminders of such challenges for several reasons: between them, they have sponsored terrorism, profited from criminal activities such as narcotics and weapons smuggling, altered geopolitics through proxy militias, and seen the effects of cyber espionage. Iran’s nuclear program notwithstanding, the regimes of the two countries have primarily sought to advance their interests and weaken their antagonists through means other than raw military might—and they are not alone in taking this approach. It is vitally important not only to understand such methodologies, then, but also the ideologies and calculations that facilitate them. The works on this list have been selected because they assist greatly in the pursuit of such understanding.

Incoherent causes, laughably self-important young folks, and some transparent manipulation of supposedly ideological groups for purely criminal purposes—all are featured in this book. But for all the unintentional comedy found among the terrorists of the radical left of the United States in the 1970s, they were far too often actually deadly, with innocent victims paying a horrific price. This is a compelling read for those interested in how terrorist groups come together, formulate ideologies, operate clandestinely, benefit from law enforcement misconduct, and ultimately fade away.

This is a fascinating and wide-ranging compendium covering the connections between criminals, terrorists, and state actors. From threat finance and illicit banking to the ways in which states are undermined, co-opted, or happily complicit with crime and terrorist groups, it’s an excellent source for understanding the complex networks threatening domestic and global security.

Kim Zetter, Countdown to Zero Day: Stuxnet and the Launch of the World’s First Digital Weapon

Centered on the Stuxnet virus that disrupted enrichment centrifuges at Iran’s Natanz nuclear facility in 2009 and 2010, this dense nonfiction account covers a wide range of topics of vital interest to any national security professional. In its pages, one gains insights into nuclear weapons production and security, espionage, critical infrastructure management, and all things cyber—including basic principles, security, private-sector interests, governing regimes, nefarious actors, and more.

Sean McFate, The New Rules of War: Victory in the Age of Durable Disorder

Sean McFate offers plenty of assessments and recommendations with which some readers will disagree. Nonetheless, he provides some refreshing challenges to conventional wisdom, and he’s articulate and convincing in his overarching advocacy for a paradigm shift in how we view war and how we act in our national interests.

Reinhold Niebuhr, The Irony of American History
Graham Greene, The Power and the Glory
Andrew Bacevich, The Limits of Power

For all the study and analysis of national security and international affairs, all the hard-and-fast principles and innovative ideas, no practitioner or academic should ever forget the very simple realities of human frailty and unintended consequences. These three authors combine to powerfully convey the importance of those realities and the risks of ignoring them. For a philosophical examination of these themes, the works of Reinhold Niebuhr are invaluable. Most notably, he provides an exploration of the way in which a flawed self-image translates into a flawed view of one’s role in the world, and hence a flawed foreign policy. His The Irony of American History is a must-read for every military and government leader.

British author Graham Greene confronted many of the same issues as Niebuhr, although in the form of fiction. His novels are strewn with individuals facing various crises where their own and their country’s interests collide, making for unforgettable tales of conflict and failure. There are several great Greene works that one could pick up (Andrew Bacevich has on more than one occasion cited The Quiet American), but The Power and the Glory is his masterpiece.

Contemporary commentator Andrew Bacevich has explicitly and repeatedly mentioned both Greene and Niebuhr in his analysis of international affairs and security issues (including in his own War Books contribution). But even when he does not name either of them, one can see the philosophy of Niebuhr and the lessons of Greene’s failed protagonists incisively applied to current events by Bacevich in the various outlets to which he has contributed over the last several years. There is perhaps no better summary of his central arguments than his slim volume The Limits of Power.