War Books: What Are Weapons of Mass Destruction, Anyway? 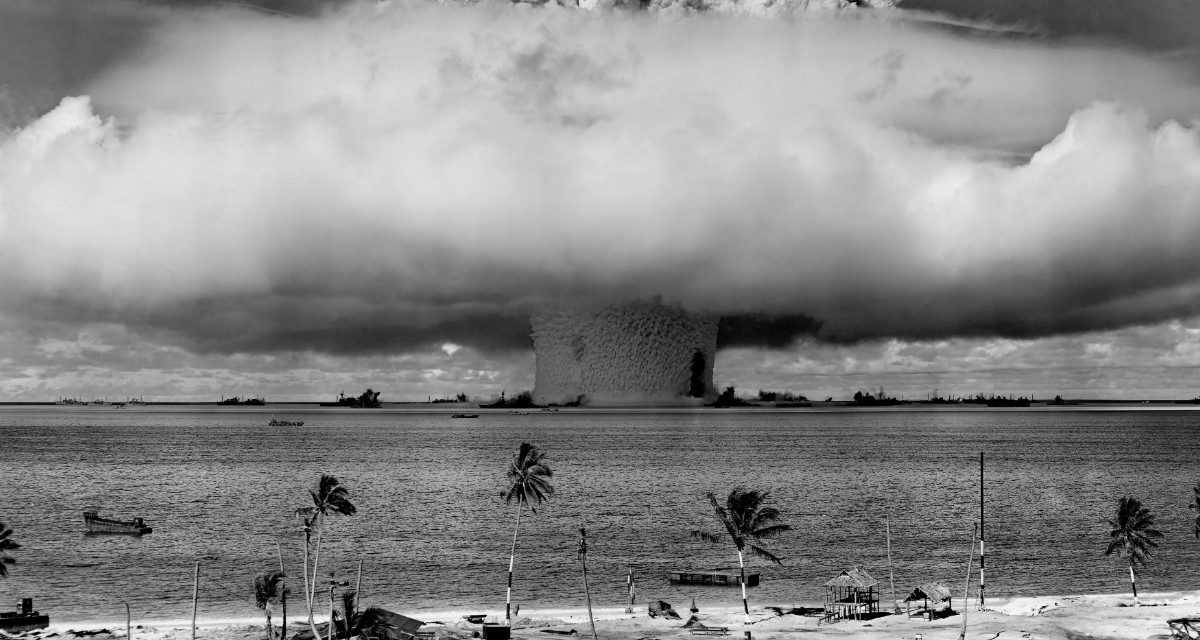 When looking for books on the general category of weapons of mass destruction, there’s not a lot of original, insightful literature. Much of it is technically focused on describing the dangerous nature of chemical and biological warfare agents or the historical use of said weapons in the past. Books specifically discussing nuclear weapons or the general discussion of arms control and deterrence are much more numerous, largely due to our fascination with the tremendously devastating effect that they can have. But books on how to develop policy to counter adversaries with chemical and biological weapons, not so much. In part, my desire to write books on the policy aspects of chemical and biological weapons came from what I saw as a deficit in our national security literature. That said, there are a few fundamental texts that I would strongly recommend.

One of the great challenges of our WMD policy is the failure to adequately define exactly what “weapons of mass destruction” are. There is a great deal of debate on the proper legal, military, and diplomatic definition. The original definition created by the United Nations in 1948 to address the new class of weapons was good enough for the Cold War, but after Aum Shinrikyo’s use of nerve agent in Tokyo’s subway in 1995, that changed. The threats of CBRN terrorism, pandemic disease outbreaks, and radiological incidents caused policy makers to use “WMD” in different forms. Carus explains how these six different definitions have implications in their use within the national security enterprise. This is an absolute “must read” for everyone, whether in the WMD community or in the larger defense establishment.

L. F. Haber is the son of Fritz Haber, the famous scientist who initiated Germany’s chemical weapons program in 1915 with his formulation of how to project a gas cloud against the enemy trenches using cylinders of chlorine. Most books cover the tactical use of chemical weapons in World War I either from a moral aspect or as a novelty. This book’s value is how Haber describes the relationship between the chemists who were formulating the weapons and defensive measures such as respirators and the soldiers who looked skeptically on this new form of warfare. Haber calls the use of chemicals in World War I a failure, even as the Germans led the development of new gas weapons, because the military never committed to the use of it, the execution of the program was “amateurish,” and the defensive measures were good enough to contain the threat. There are other books that cover the US and British programs during World War I, but none cover the German program in such depth.

This is an older book—published in 1968 when there was a slew of books critical of the US military’s chemical-biological weapons program—but it is an invaluable review of the development of US. defense policy on chemical weapons between 1915 and 1945. This book was instrumental in causing me to pursue a career as a defense policy analyst, due to its excellent review of the evolution of the US chemical weapons program and the debates held within US administrations over this timeframe. While the Cold War period saw a much greater pace of modernization for the US chemical-biological weapons program, this period remains the basis for how politicians and senior military leaders often view modern chemical warfare issues today. DoD policy views on chemical warfare topics have not matured as quickly as other technical areas in the defense world. Brown’s final chapter draws important differences in how the defense establishment viewed chemical weapons and nuclear weapons, a discussion that the term “WMD” often obscures.

Ken Alibek’s book Biohazard, released in 1999, offered a well-detailed discussion of the former Soviet Union’s biological warfare program and the views of senior Soviet officials during a time when the Soviet Union was supposed to be complying with the Biological Weapons Convention. Leitenberg and Zilinskas go much deeper past Alibek’s limited focus on Biopreparat into a thorough analysis of Russia’s past efforts in part based on interviews with another Russian defector, Vladimir Pasechnik. It would be impossible to cover all the topics addressed in this 700-page book, but suffice it to say, this is the ultimate source for understanding the former Soviet Union’s BW program and their perspective on arms control. The chapter on the Sverdlovsk incident in 1979 is particularly well-developed, more than most narratives in other sources.

Jonathan Tucker was an outstanding researcher in the field of chemical weapons, and he died too soon in 2011 at the age of 56. His book War of Nerves was released in 2007, detailing a modern history of chemical warfare. The title is slightly misleading as the book was not focused on nerve agents and it does feature much more information about the US government’s program rather than other nations. Tucker’s narrative on the 1968 Dugway Proving Ground incident is unfortunately grounded in the popular narrative that the US military caused the sheep deaths (which I dispute in my own book). Other points of his book are decidedly not favorable to the US government, despite his access to government archives. But his research is top-notch and he does talk about the contemporary policy aspects facing US national security leaders. It may be the best historical review of chemical warfare in the past twenty years.

Al Mauroni is the Director of the US Air Force Center for Strategic Deterrence Studies, author of the book Countering Weapons of Mass Destruction: Assessing the U.S. Government’s Policy, and an Adjunct Scholar for the Modern War Institute. The opinions, conclusions, and recommendations expressed or implied within are those of the author and do not necessarily reflect the views of the Air University, US Air Force, or Department of Defense.