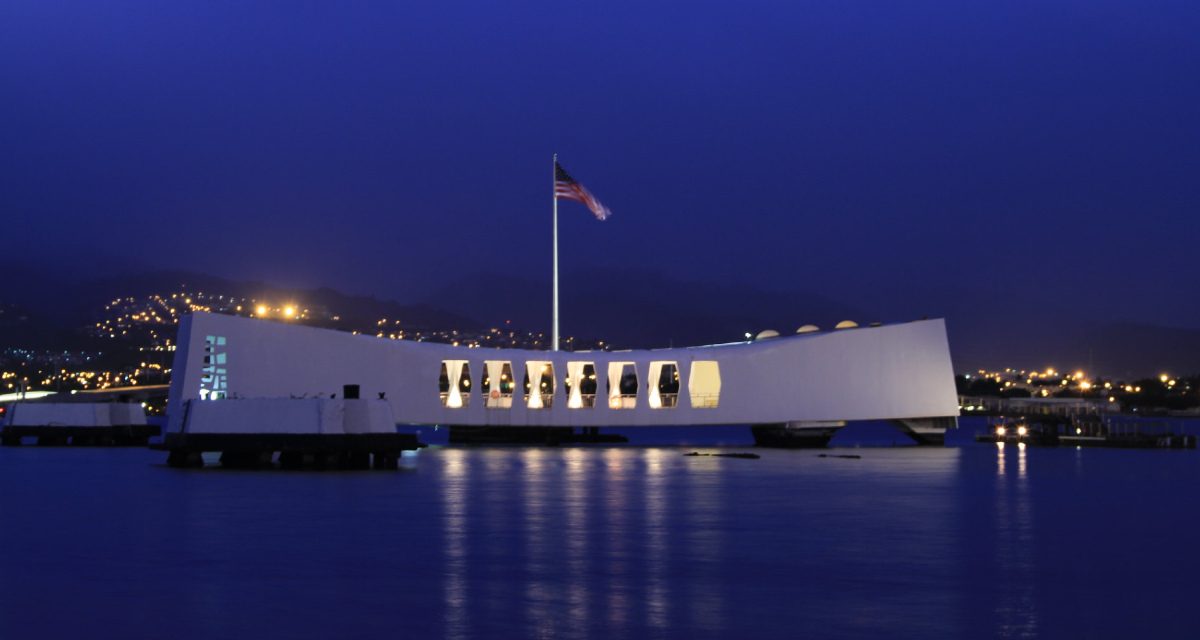 War memorials and monuments are nearly as old as human civilization. They are lasting records of hard-won victories and the endurance of catastrophic human loss. The US national capital region has a lot of them—many of them are excellent works of public art and are part of our everyday lives. They signal the gratitude of a nation to those who served in past wars that fade into memory. They offer comfort to friends and family members who lost loved ones in those conflicts and assures them that their loss was not without meaning.

They can also signal to potential adversaries our nation’s past willingness to endure losses and match any attempt to escalate costly wars of attrition. This feature of war memorials goes generally unremarked upon, but as the United States settles into a period of sustained competition with rivals, it is worth exploring their relevance as testaments to national resolve.

It is striking how very different war memorials and monuments were in antiquity. Most early examples were outward facing, optimized to signal military power to potential external threats. The ancient Greek analogue, the tropaion—from which the modern English “trophy” is derived—was assembled on actual battlefields from the standards and arms of vanquished foes. These were prominently displayed to be seen by foreign merchants and emissaries. Enemy ships would be beached near the site of naval battles to rot in place as if neglected by the gods.

Romans’ commemoration of successful military campaigns also signaled Rome’s martial prowess. The elaborate ritual of the triumph for successful commanders culminated under the grand Arch of Titus, which later inspired more memorial arch–type war monuments around the world, including the famous Arc de Triomphe of Paris and many others. Yet, when you delve into the atlas of triumphal arches you find that most of them are not very triumphant at all—most of them are solemn and mournful. They are simulacra that are derivative in form but no longer resemble the original. War memorials in the modern era adapted to sanctify the martyrs of national mobilization when popular support for conscription was so critical for defense in the wars of the nineteenth and early twentieth centuries. On the surface, the Greeks’ monuments built of the weapons of their vanquished foes and the massive stone symbols of Roman military superiority seem a stark contrast to, for example, our own USS Arizona Memorial, which preserves a record of tragic loss. But such an approach to memorialization also serves a signaling purpose—in the case of the USS Arizona Memorial, publicly commemorating not only the loss but also the tremendous national will to fight that it engendered.

Not all monuments clearly communicate either the folly of challenging the powers who built them, however, or the collective will of a nation to fight and win. Some postmodern war memorials like the Vietnam Veterans Memorial seem to portray the fallen as victims of regrettable conflict to be avoided in the future. The memorial’s designer, Maya Lin, stated that the famous wall intended to evoke “a wound cut into the earth in need of healing.” The symbolic scar reflected the conflicting views of a divided nation. Controversial when first unveiled, over time it became a popular symbol for Vietnam veterans who found the giant black tombstone an appropriately somber reminder of the sacrifice made by those whose names appear on it and the contempt experienced on returning home by many of those who survived. Lin’s design successfully signaled a need for healing. But like all art it means different things to different audiences, and this has important implications for deterrent signaling via war memorials in the postmodern era.

In today’s hyperconnected information environment, it is more difficult to predict which audiences receive your signal and how they interpret the relevance of that signal to the policy issues at hand. Japan’s controversial Yasukuni Shrine is a good example of the asymmetry between the international and domestic signals that a war memorial can send. Monuments to Confederate dead from the US Civil War remain deeply controversial in their continued existence. Should defeated enemies be allowed to memorialize their sacrifices in the name of reconciliation? During the occupation of post–World War II Germany, all Nazi-era monuments, memorials, statues, and edifices were prohibited by the Allied authorities, who reasoned such artifacts “preserve and keep alive the German military tradition” and could “revive militarism.” If carelessly disregarded by policy, war memorials and monuments can message an intent to revisit or deny past grievances and unsettled scores.

So how should an effective war memorial-deterrent signal be deployed in practice? Certainly new war memorials will be dedicated and rededicated in the future in both the United States and around the world. Those memorials should be designed and dedicated in ways that honor sacrifice, dignify survivors, and celebrate willingness to fight for democratic values. It may be appropriate for policymakers to use domestic war memorial dedications as venues to announce new policies to counter emerging threats from great power competitors. It may even be appropriate for policymakers to invest time and resources into the war memorial events of our allies and partners to signal commitments to extended deterrence or mutual defense agreements.

Deeds, not words, make the difference. Signaling credible commitment to deter an adversary requires that the sender demonstrate the capability and will to impose costs—even if the sender incurs some amount of cost themselves. Policymakers can spend time and relatively little money on war memorials to simultaneously signal willingness to incur additional costs and link the current threat to past conflict outcomes. Deliberate planning is needed to manage the inherent risks of collateral damage from offending unintended audiences. If war memorials and monuments can serve their principal purpose of honoring past sacrifice and also deter conflicts of the future by signaling credible commitment, then integrating them into deterrent messaging is the strategically sound and right thing to do.

Steve Speece is an active duty US Army officer currently assigned to the Joint Staff J2 as an executive intelligence briefer to the chairman’s special staff.

The views expressed are those of the author and do not reflect the official position of the United States Military Academy, Department of the Army, or Department of Defense, or that of any organization the author is affiliated with, including the Joint Staff and the Defense Intelligence Agency.