War and Public Opinion: The Myth of the “Cronkite Moment” 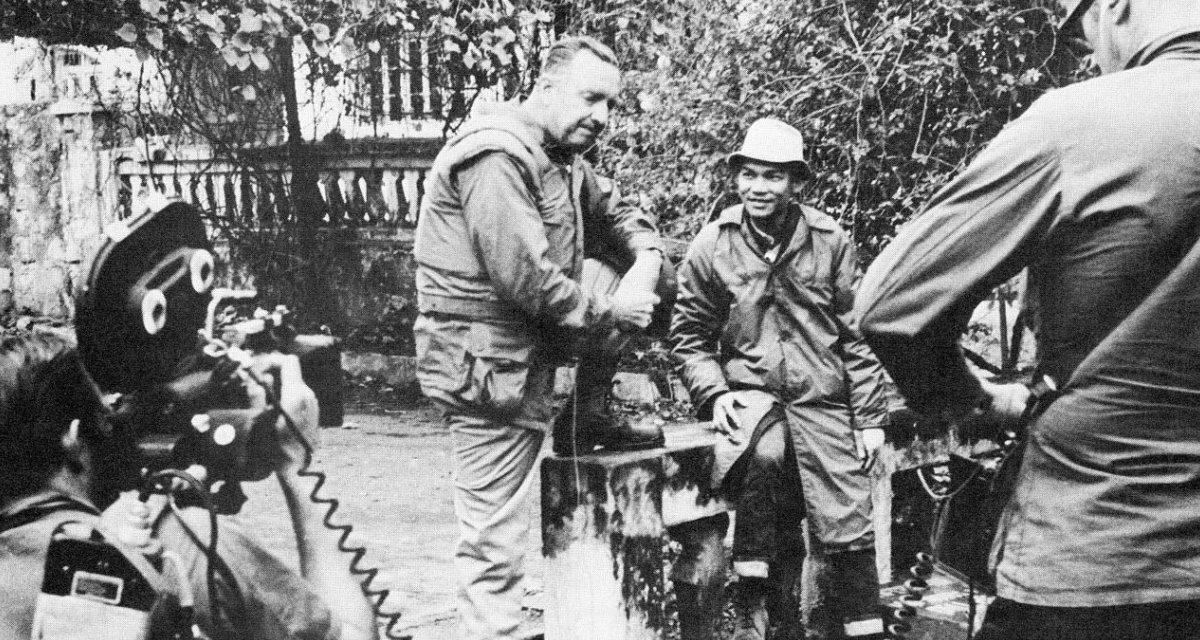 What is often considered one of the most important events of the Vietnam War took place not on the battlefield, but in a New York television studio.

Today marks the fiftieth anniversary of the date on which television news anchor Walter Cronkite gave a famed commentary on the ongoing war in Vietnam. The anniversary comes just weeks after Secretary of Defense James Mattis visited Vietnam on a trip to Asia. Asked to comment on the US-Vietnamese relationship, Mattis acknowledged the war’s historical importance but told reporters, “That has been largely made a matter of the past.”

On February 27, 1968, a few weeks after returning from a reporting trip to Vietnam, Cronkite famously offered an editorial regarding the war which stated, in part, “The bloody experience of Vietnam is to end in a stalemate. To say that we are closer to victory today is to believe in the face of the evidence, the optimists who have been wrong in the past. To say that we are mired in stalemate seems the only realistic if unsatisfactory conclusion. On the off chance that military and political analysts are right, in the next few months we must test the enemy’s intentions, in case this is indeed his last big gasp before negotiations.”

Cronkite was America’s most trusted reporter at the time, and his broadcast has come to be seen as a turning point in the war the “Cronkite moment” when the attitude of many Americans toward the war changed irreversibly. So argued David Halberstam in his 1979 book The Powers That Be, which solidified much of the myths around Cronkite and his impact on the media.

“It was the first time in American history a war had been declared over by an anchorman,” Halberstam wrote. Lyndon Johnson was said to have watched the broadcast and exclaimed to his press secretary, George Christian, “that if he had lost Walter Cronkite he had lost Mr. Average Citizen.”

The historical facts belie that statement; there is no evidence that LBJ watched the broadcast.

The 1968 Tet Offensive was one of the last times that American forces were to sustain serious losses from a large coordinated offensive. Subsequent adversaries would learn that challenging US battlefield supremacy was best done asymmetrically. Indeed, even Tet was largely a resounding defeat for the offensive’s planners. The Americans and their South Vietnamese allies, along with smaller numbers forces from South Korea, Australia, New Zealand, and even Thailand, quickly rolled back North Vietnamese and Viet Cong successes and inflicted heavy casualties.

The Tet attacks of January 30–31 were the most ambitious part of an offensive that stretched for months. Despite some dramatic and well-planned actions like the storming of the US embassy in the first two days of fighting communist forces were driven from all the urban centers they occupied—except the city of Hue, where intense fighting would last weeks.

So did Cronkite’s commentary really turn the tide of public opinion? He had visited Hue during his press tour, during which time there is little to suggest that he though the North Vietnamese were winning. Upon his return, his views may have been influenced by the number of news editorials that were critical of the war.

Others think that Cronkite’s views were determined before he got on the plane.

“Cronkite had his mind made up before he visited Vietnam. . . . The whole idea that a newsman, without access to anything but PR folks and news from other news organizations, could predict the outcome of the war is laughable,” says Phillip Jennings, the author of The Politically Incorrect Guide to the Vietnam War.

In Getting it Wrong: Ten of the Greatest Misreported Stories in American Journalism, W. Joseph Campbell relates that in the years immediately following the end of the war Cronkite downplayed his role in changing public opinion.

However, as the legend of his influence and moral courage spread, Cronkite came to embrace this heroic vision of himself. His views changed in his later years due to the impact of Halberstam and others.

Roughly three years before he died in 2010, he told the Gazette of Martha’s Vineyard that others should follow his Vietnam example in their reporting on the Iraq War. “There are a lot of journalists out there today who if they chose to take that strong stand and course [in opposing the Iraq War] would probably enjoy a similar result.”

However, the myth lives on. In 2016 it was reported that Hollywood director Steven Spielberg was planning to make a film about Walter Cronkite’s Vietnam reporting.

So why is any of this important? War and politics have always been intermixed. But television made domestic political opinion a greater factor in the Vietnam War than perhaps any before it. Social media has made the connection between conflict and popular sentiment even closer, and even more complex. The conduct of wars themselves will no doubt be further influenced by public perceptions of them in the future. But that makes understanding the nature of that influence all the more important. Settling for simple narratives, like the notion that Cronkite’s commentary fifty years ago was the single turning point in the Vietnam War, obscures that understanding. In future wars, we must do better.